A heavy concentration of militant forces headed by various designated terrorist organisations including Jabhat Al Nusra, have reportedly broken through the Syrian government's encirclement of Aleppo in the city's southwest near a contested military base. 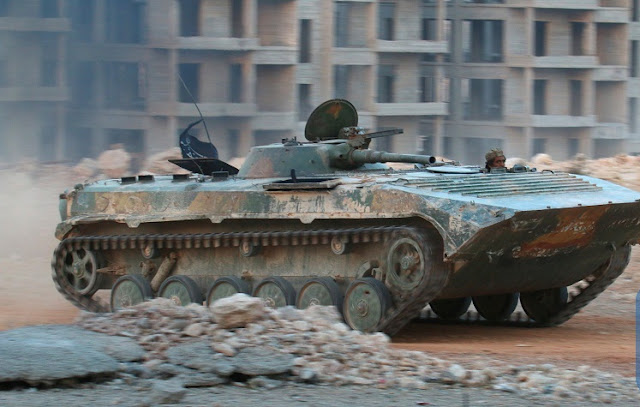 Reports that militants both within the city and beyond have linked up are trickling out into the news.

The Syrian military appears to have fallen back, rather than having been defeated, however, in the coming days and weeks, how Syrian forces reorganise themselves and deal with this most recent offensive will indicate much regarding the strength and disposition of both sides of this ongoing and destructive conflict.

Scenario A: The first scenario unfolds with Syrian and Russian airpower taking advantage of the large-scale concentration of militant forces in southwest Aleppo, turning the break-in into a bottleneck where air and ground forces can create fields of fire targeting and eliminating forces attempting to enter or leave the city over a short period of time and at relatively lower cost than is required fighting more widespread and low-intensity unconventional warfare.

Additionally, with the concentration of forces in southwest Aleppo, comes a concentration of  uniform logistical activity supporting it. The scale of the battle likely has provided evidence of staging areas and sources of material support feeding the front lines, giving Syrian and Russian airpower ample targets to strike. In fact, it appears as if this has already been ongoing throughout the duration of the offensive, with Syrian and Russian airstrikes hitting convoys deep within Idlib province and some very close to the Syrian-Turkish border. 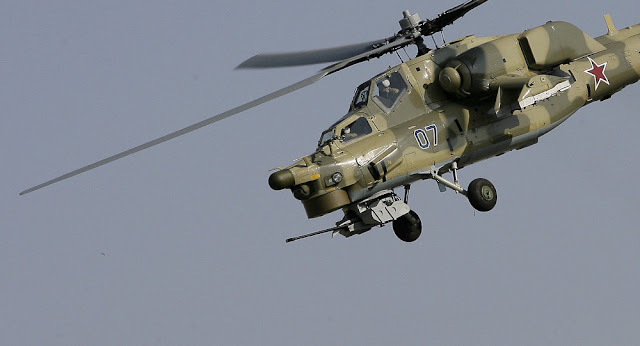 The scale of the operation and the trade-off made in revealing these networks to Syrian and Russian forces may indicate a particularly high degree of desperation on the part of the militants. Recalling the Ardennes Offensive during the final stage of World War II, even if the Germans had been successful in splitting Allied forces, they would have done so only temporarily and the outcome of the war was still certain.

Similarly, if Syrian and Russian forces are able to successfully turn the break-in into a bottleneck, it will only make the final phase of the war that much easier to complete in favour of Syrian forces and their allies.

If this is the case, the likelihood of the break-through transforming into a permanent axis of operations for the militants is very slim.

Scenario B: The second scenario unfolds if militants in Syria's Idlib province are still receiving large amounts of material support through Turkey. This may allow them to consolidate, or even expand  their break-in into a permanent axis of operations, severing Syrian forces from their resupply lines in the west and drawing out the conflict even longer.

The persistence of material support arriving from Turkey into Idlib province would cast serious doubts on Ankara's apparent commitment to restore relations with Moscow. Such material support constitutes a direct threat to Russian forces operating in Syria, as well as a threat to Russia's overarching geopolitical concerns regarding the stability of Syria, its neighbours and potential corridors of armed militancy leading directly into Russian territory should the region collapse into further disarray. 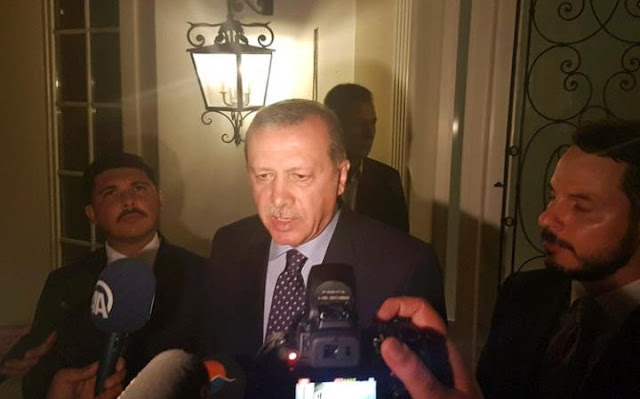 In other words, continued Turkish support of militants in Syria poses a direct threat to Russian national security.

There are still competing, and equally compelling theories as to what exactly transpired during the recent failed coup attempt in Turkey. Turkey's unwillingness to end material support for what is essentially a US geopolitical project in neighbouring Syria would undermine the credibility of Turkey's claims that it truly believes the US was behind the coup attempt.

Despite competing rhetoric from both sides of the conflict, the truth will eventually manifest itself on the ground in Syria. This goes not only for the full implications of the ongoing offensive in southwest Aleppo, but also for the overall strength and disposition of forces on both sides of the conflict as well as the truth behind Turkey's recent coup and the effect it will have on hostilities in Syria regarding logistical networks feeding it emanating from Turkish territory.

The size and concentration of militant forces in Aleppo are on scales so-far unseen in regular fighting throughout the conflict and suggests a concerted last stand to upset the balance of the war. It could also be an attempt to buy more time as the militants' foreign backers attempt to manoeuvre further toward direct military intervention in at least as far as carving out long sought after safe havens along Syria's borders, if not to displace Russian forces from the conflict altogether and topple Syria's government directly.