Both militant and Syrian government sources have estimated the counteroffensive in southwest Aleppo to involve approximately 5,000 fighters moving in from Idlib province. The operation seeks to break the now full encirclement of Aleppo by government forces. 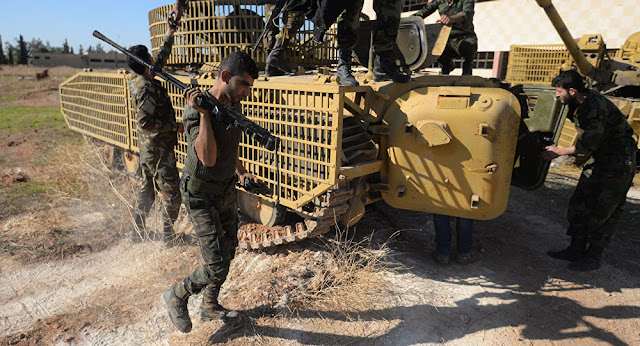 Similar operations have been attempted both from the inside and outside of northern Aleppo near the fiercely contested Castello Road now under full government control.

Pro-militant media sources, including Qatari state broadcaster Al Jazeera has attempted to give the operation a "humanitarian" impetus, while more objective observers understand the urgent necessity of anti-government militants to salvage the immense amount of men, materiel and weapon stockpiles located within the encirclement. The political and strategic significance of holding the city of Aleppo is also not to be overlooked for both sides.


Syrian rebels have launched an offensive aimed at breaking a government siege of eastern Aleppo, where the UN estimates some 300,000 people are trapped with dwindling food and medical supplies.

A rebel alliance that includes the Jabhat Fatah al-Sham group - which was formerly the al-Qaeda-linked Nusra Front - and the Ahrar al-Sham group said it had taken army positions in the southwestern government-held parts of the city within the first few hours of launching a battle to break the siege imposed on rebel-held areas.

The assault has included vehicle-borne explosive devices and smokescreens created by burning tires. 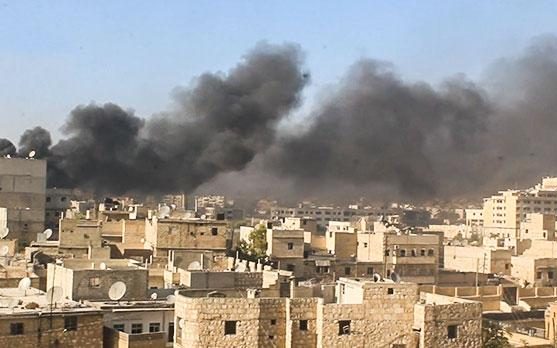 Western military analysts have assumed Russian warplanes lack the sophisticated targeting systems that would enable them to peer through weather and battlefield conditions like clouds and smokescreens to spot targets. The ongoing battle and the successful or unsuccessful application of airpower during it will indicate whether or not this is still an issue.

Should the counteroffensive fail, and some reports have claimed it already has, despite the apparently large mobilisation and likely weeks of staging beforehand, it will indicate a more or less permanent control held on the city by government forces and will represent a significant blow to the militants and their foreign sponsors.

The inability for militants to hold any of Syria's major cities undermines the narrative that the conflict is truly a civil war or that the militants themselves represent the majority of the Syrian people, most of whom live within government-held territory.

According to an article published in 2015 by the Washington-based think tank, The Carnegie Endowment for International Peace, titled, "The Political Geography of Syria’s War: An Interview With Fabrice Balanche," it was estimated that:


In Syria, there now remain around 18 million inhabitants who have not perished in the war or fled the country. They are distributed thus: 3–6 million in rebel-held areas, 10–13 million in government-held areas, and 1–2 million in the Kurdish region.


This number of 3-6 million living under "rebel-held" territory, will now undoubtedly be even less with the retaking of significant portions of Aleppo throughout 2016 by government forces.

The notion that Syria is experiencing a "civil war" can be critically contested considering the majority of support for militants comes from abroad, and that the vast majority of the population has gravitated toward government-held territory. This further challenges established narratives surrounding the current offensives seeking to "break-in" to Aleppo, as well as narratives surrounding the wider war as a whole.