Pokemon Go: Is it Really a Threat to National Security?

To avoid a potential Arab Spring 2.0 and the horrors that followed, national policymakers must watch closely the development of what appears to be a tool capable of creating and wielding "flash mobs" on an unprecedented level.

An increasing number of analysts are pointing out that the hit game, Pokemon Go, is surrounded by several factors that have raised national security concerns. 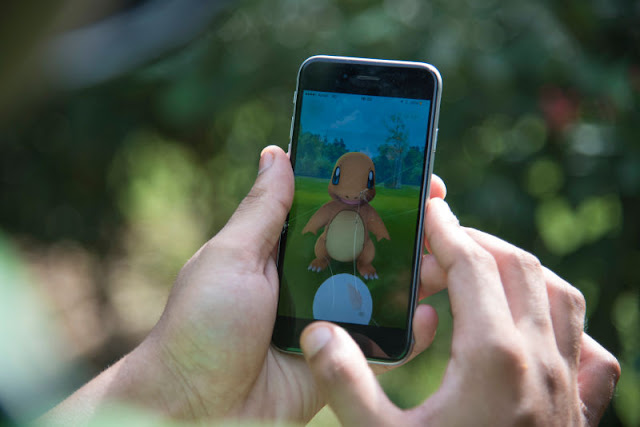 Pokemon Go is a location-based augmented reality game, where users track and collect virtual characters populating real world locations. Users use a map similar to Google Maps to find the characters, then use their smartphone's camera to "see" a superimposed animation occupying a real-world location.

The game's developer, Niantic, was a Google startup and is headed by former US State Department and Google employee John Hanke. Hanke worked at Google specifically on Google Maps and Google Earth in 2011 when the tech-giant was assisting the US State Department in organising and implementing uprisings amid the the Arab Spring.

Google would use its Maps and Earth applications to change street and square names in real-time to provide psychological momentum to protesters and militant fronts moving against government forces in both Libya and Syria.

Google at this time would also approach then US Secretary of State Hillary Clinton with a location-based application that would track alleged defections in Syria's military and government, in yet another attempt to manipulate public perception and give a psychological edge to US-backed efforts to topple the government.

This, in essence, allows the makers of Pokemon Go, a US State Department-Google connected company, to literally control the physical location of any nation's or city's population. Online tech magazine Engadget estimates that in just one month, the application has been downloaded a total of 100 million times globally. This means the game's developers and users have the potential ability to manipulate the physical location of 100 million people around the world.


Photos by people worldwide documenting the social impact of the game have begun circulating, depicting large mobs of Pokemon Go users congregating around spots populated with large numbers of virtual characters, illustrating the power of the application to create "flash mobs" at will.

The term "flash mobs" was synonymous with the tactics used by US State Department-trained agitators who participated in the 2011 Arab Spring, and before that, now admittedly US-backed uprisings in former Soviet Eastern European states. It is one of the basic building blocks described by a US government-funded think tank dedicated to studying and disseminating effective methods of overthrowing governments, the Albert Einstein Institute and its "198 Methods of Nonviolent Action."


Location-based augmented reality games like Pokemon Go provide its developers and users the ability to take "flash mobs" to the next level, enabling them to create mobs anywhere, anytime, and of varying sizes and duration. This, even at face value through the current dynamics of Pokemon Go, could augment planned demonstrations with additional "bodies" and even provide US-backed and organised agitators with opportunities to temporarily "recruit" players to bolster their protests.

It should be noted that the game has already been used to quite literally "lure" users to political rallies organised by US presidential candidate and former US Secretary of State, Hillary Clinton.

What's Next and When to Expect it?

Some statistics suggest that downloads of Pokemon Go peaked in the US approximately one week after it debuted. Total usage will also peak before gradually declining, and then drastically declining.

Developers of games are aware of user peaks and the necessity to introduce additional features lending novelty and therefore extending usage for as long as possible. If Pokemon Go really is a project being developed by the US State Department, Google and Niantic, observers should be on the lookout for what is likely a prepared second phase to be introduced just as usage peaks and begins to fall.


When this next step is taken, if not rolled out by Niantic, the company pushing it forward may well also be connected to the US State Department or another US-European government organisation or agency. This should be examined closely, as well as the game dynamics of the next iteration of this phenomenon.

In the meantime, nations must seriously begin considering the implications of location-based applications like Pokemon Go, which allow foreign entities to manipulate the physical location of their populations at will.

Nations would be well off to establish their own "Google's," a virtual state enterprise developing and tempering the use of IT within the borders of their own nations. Location-based augmented reality games should be developed and controlled at a national and local level so that the people and the communities they live in, using the game, have greater control over how and why it is used.

Also, considering that Pokemon Go has raked in an estimated $200 million in the first month after its debut, prohibiting its use beyond US territory and providing local versions of it, will distribute that wealth more equitably among the communities being enticed into playing such games.

Bottom line for the Public and Policymakers Alike

Pokemon Go is developed by a company with a questionable pedigree connected to both the US State Department and Google, two instrumental players behind US destabilisation that spread across North Africa and the Middle East in 2011 and the horrific violence that has followed.

The game affords its developers the ability to influence the physical location of perhaps up to 100 million people worldwide and growing. Photos of users converging at various locations around the world while playing the game closely resemble "flash mobs" utilised as a basic building block of US-backed destabilisation activities.

The potential for this game to be further developed into a tool of political destabilisation is high, therefore nations should restrict it heavily and replace it with locally derived alternatives. This will allow local people to better see, understand and control how the potentially disruptive game is used and give local governments the ability to tailor its use to adjust to local safety and security concerns.

The game's download peak seems to have been reached. As usage nears its peak and then begins to fall, if the game is truly a part of a wider programme, Niantic or another US government-connected company will likely introduce the next phase in what is essentially a tool enabling the mass manipulation of any given population's physical location.