Remaking US Foreign Policy: May the Wisdom of its Forefathers Prevail

There is no denying that the United States is the most powerful country on Earth, both militarily and economically.


According to the Stockholm International Peace Research Institute, last year the US spent $597 billion (2.3 per cent of GDP) on defence, nearly half of the world's total defence spending of $1,676 billion. 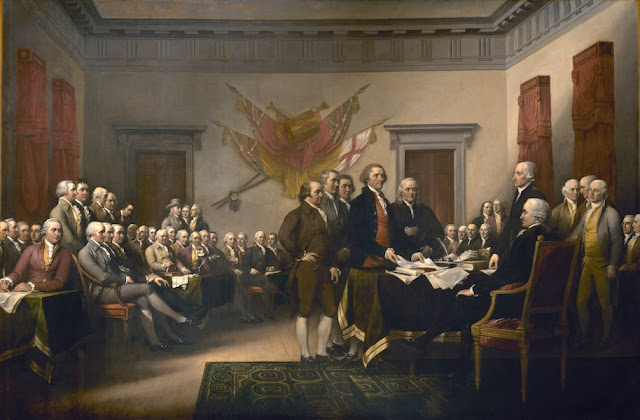 China came in second at $215 billion (3.3 per cent of GDP). More importantly, the US military is fighting in conflict zones around the world.

In its "2016 Report on Global Military Strength" Washington think-tank the Heritage Foundation ranks the US No 1, with both hardware and software that leaves main rivals Russia and China in the dust. The report, nonetheless, expressed concerns over its inherent weaknesses. It concluded that the current US military force is adequate to meet the demands of a single major regional conflict while also attending to various "presence and engagement" activities. But it cautioned that given the current "threat environment", the US is poorly equipped to handle two, simultaneous regional flare-ups.


That said, the fact that the US does possess unmatched war capabilities compels its politicians to repeatedly boast of the most powerful military in history - and the willingness to use it.

Also worthy of note is that the US is also easily the world's largest seller of arms, responsible for nearly 33 per cent of global exports.

Economically, meanwhile, America is also the undisputed superpower, with an $18-trillion economy that accounts for 24.5 per cent of the gross world product. The US economy also maintains advantage over others via its highly advanced technology, infrastructure and abundant natural resources. Despite the fact that the US has lost its lead to China in terms of GDP-based Purchasing Power Parity (PPP) - $19.4 trillion for China versus $17.95 trillion for the US, America is still far ahead in terms of GDP per capita (PPP) at about $55,805, versus China's $14,107.


"In these two presidents America had statesmen who possessed a prudent global view, and who would have steadfastly opposed the arrogant and self-righteous policy governed by a short-sighted and insular outlook that we have witnessed in recent times."

However, in today's global situation of chaotic, intertwined and violent security narratives, military and economic power is no longer sufficient to win conflicts. And even if they do succeed, the result is hardly beneficial. As Bertrand Russell said, "War does not determine who is right - only who is left." In an age where too many countries have the nuclear capability to destroy our planet many times over, the next large conflict could see the end of us all.

Like it or loathe it, America is a global power with global interests. To retain that status it must use its military and economic power to navigate this highly intricate and multifaceted global security context. To do this it needs strategic guidance - better known as foreign policy.

Heavy-handed foreign policy uses military force to protect or bolster a country's status, or else economic force via sanctions and other means to force another country to change its behaviour. But victory in such cases has usually proved elusive and unsustainable. The "beggar thy neighbour" policy always backfires.

The US, however, does not lack shining examples of successful foreign policy that has helped navigate the country through challenging times. 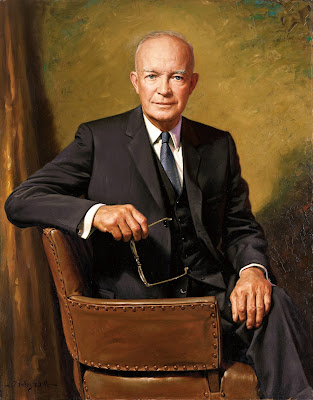 When George Washington became president in 1789, six years after the Revolutionary War, the British were still trying to undermine US domestic security and international trade. Washington refused to react impulsively. When France launched the French Revolutionary Wars (1792-1797) against Britain, Austria and other European monarchies, the US conducted an adroit foreign policy to protect its own interests without getting involved in conflict. Washington, who had served more than 40 years in the army, regarded war as the worst tool of foreign policy. He argued forcefully that the "Great Rule" in conducting American foreign policy was "to maintain commercial partnerships without becoming involved in the politics of foreign lands".

Another military man-turned US president, Dwight D Eisenhower (1953-1961), steered America clear of contentious conflicts with Russia and China by upholding a foreign policy of peace and respect, in search of win-win solutions that didn't include diving up the pie equally.

"No people on earth can be held, as a people, to be an enemy, for all humanity shares the common hunger for peace and fellowship and justice." Second, "No other country's security and well-being can be lastingly achieved in isolation but only in effective cooperation with fellow nations." And third, "Any nation's right to a form of government and an economic system of its own choosing is inalienable."

Hear that? A country has an "inalienable" right to choose its own form of government and economic system.

In these two presidents America had statesmen who possessed a prudent global view, and who would have steadfastly opposed the arrogant and self-righteous policy governed by a short-sighted and insular outlook that we have witnessed in recent times. Such policy has repeatedly proven to be counterproductive and detrimental to America's own interests. In its utter disrespect for other nations' autonomy, the US has alienated friends and allies, and is garnering increasing anti-American sentiment around the globe.

As America is poised to welcome its 45th president, let the world hope that the new US Commander-in-Chief heeds the wisdom of his/her nation's forefathers and overhauls its calamitous foreign policy of today.

The Nation is a Thai-based English language newspaper.