Global elections, protests, uprisings, nongovernmental organisations (NGOs) and opposition movements. These are the things we are told are the manifestations of grassroots aspirations.

In reality, for good or for bad, there is nothing grassroots about them. Money and special interests drive them, be it interests within a nation, or well beyond their borders.

The "Soros Leaks," a deluge of documents regarding George Soros' Open Society Foundation (usually just called Open Society), reveal the role of Soros' money and the special interests he himself represents meddling in all of the above, and much more.

Soros is Already a Convicted Criminal

Soros' widespread influence is particularly troubling considering his own background. Soros himself is a convicted financial criminal. Bloomberg in its report, "Soros Loses Case Against French Insider-Trading Conviction," would reveal:


Billionaire investor George Soros lost a challenge to his 2002 insider trading conviction, with the European Court of Human Rights saying French market regulations were clear enough to hold him responsible.

France didn’t violate Soros’s rights in punishing him criminally for trading on inside information about Societe Generale SA in spite of the market regulator’s conclusion that its rules were unclear, the Strasbourg, France-based court said.

“Soros was a famous institutional investor, well-known to the business community and a participant in major financial projects,” the court said in a statement about its ruling. “As a result of his status and experience, he could not have been unaware that his decision to invest” risked violating insider-trading laws, and given “there had been no comparable precedent, he should have been particularly prudent.”

The case illustrates that Soros is willing, even eager to use his power and influence to enrich himself, at the expense of both ethics and the rule of law. If he is knowingly violating financial laws to enrich himself, what laws, ethics and principles of national sovereignty is he violating through his vast network of geopolitical power brokering? 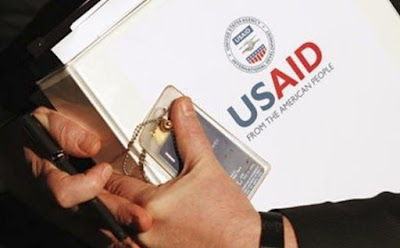 From manipulating elections in Eastern Europe, to pouring funds into Asian opposition groups, to even pouring cash into many of the prominent media organisations the West has built its reputation up upon, Soros' Open Society has been involved.

In many cases this cash and Open Society's involvement is not mentioned, leading to the impression that many of those operating in his interests are driven by "principles" and "grassroots" aspirations. In reality, Soros and his Open Society constitutes a monumental conflict of interests, mass-producing "astroturf" laid over to smother grassroots globally.

Those stitched into this artificial fabric being laid over the planet forfeit their legitimacy by taking cash from Open Society.


The Hungarian Billionaire and his NGOs wield immense power, and the documents that are being shared by DC Leaksshow how Soros topples governments and incites civil wars so he can make huge financial profits.

This is an immense trove of Soros NGO minutes, white papers, excel budgets, and media plans that details how Soros and his NGOs run governments and financial institutions from behind the curtain.

You can find the complete, searchable, files at the DCLeaks website., which describe Soros and his network of NGOs as having “slaves spill blood of millions and millions people just to make him even more rich.”


Even if one were to propose Soros and Open Society's motives were legitimate, the fact that he, Open Society and the vast network of NGOs they collectively influence hold such an overwhelming monopoly over Europe's (and other regions of the planet's) electoral process constitutes an alarming conflict of interest with vast potential for impropriety from the very top of this network all the way down to its lowest levels.

But to propose that an organisation holds legitimate motives, when it seeks to manipulate elections that are supposed to solely reflect the interests of the electorate and the electorate alone, is a problematic proposition to make to begin with.

The entire premise of a nongovernmental organisation (NGO) is that it is independent from both governments and special interests. They are supposed to represent the communities they are founded in, not a foreign billionaire and his network of sociopolitical manipulation.

Again, just as The Duran pointed out in regards to elections, Open Society's monopoly over the world's NGOs is as alarming as it is inappropriate. In Thailand alone, virtually every opposition NGO in the country is co-funded by the US National Endowment for Democracy (NED) and Soros' Open Society.

Many times, NGOs feeling cornered regarding their US government funding, will not list it, preferring to be linked instead to the more "nongovernmental" Open Society. In reality, Open Society represents precisely the same interests the US NED does, which is why they often work in tandem globally.

Prachatai, Thai Netizen, Cross Cultural Foundation, and as the leaks reveal, even the Foreign Correspondents' Club of Thailand (FCCT) (through their Linking Young Media Associates and Activists in Southeast Asia program) have all received money from or have been in direct association with Open Society.

The FCCT's funding through Open Society is even more troubling, as the FCCT represents a collection of Western media organisations including the BBC, Reuters, AFP, AP and many more. This means that in addition to much of the inherent bias already associated with the Western media itself, there is evidence that organisations are directly involved in funding and manipulating their coverage as well.

The FCCT has never openly declared this extra funding (or any funding) revealing itself as opaque and as involved in impropriety as it claims of the many institutions it reports on in Thailand.

Claiming that a centralised Western organisation is capable of fostering "independent journalism" worldwide is problematic even at face value. The entire concept of the term "independent" revolves around the notion that an organisation's capabilities, funding and support stands entirely independent of outside special interests.

Reading through the thousands of documents leaked from Open Society reveals a massive, global organisation serving Western interests and imposing Western networks and influence upon the entire planet. From education to law enforcement, from legal matters to the media and even elections, Open Society represents a modern-day version of the administrative networks that served as the socioeconomic circulatory and regulatory system of the British Empire.

More than just a navy and an army, the British Empire also extended its power and influence across the world, as well as extracted the wealth from the world through a similar administrative network.

The very idea of a centralised network such as Open Society or its counterparts (US NED, USAID, UK DFID, and others) exerting influence into foreign nations regarding education, elections, the media and political opposition would be unthinkable were it Russia or China exerting such influence back toward the West.

No nation anywhere, within international law and norms, has any right or entitlement to "administratively colonise" another nation. The activities of George Soros, his Open Society and all of the Western networks conducting similar activities globally, now lay bare for the world to see.

Much of what we were told was "grassroots activism" is really special interests centred around Wall Street, London, Washington and Brussels merely posing as such.