These include a Russian-Iranian agreement to use Iranian territory to position Russian Tupolev Tu-22M strategic bombers as well as Iranian and Iraqi airspace for both the bombers and Russian cruise missiles to pass through on their way to militant targets in Syria. 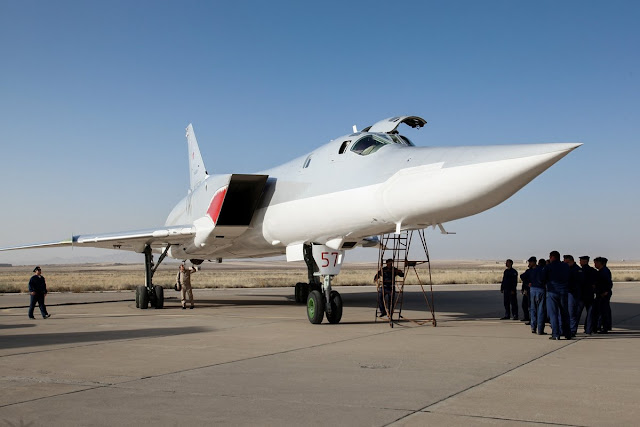 It also includes China's recent pledge to provide humanitarian assistance to the Syrian people as well as military support for Syrian government troops in their fight to restore order nationwide.

The BBC would report in its article, "Syrian conflict: Russian bombers use Iran base for air strikes," that:


Russia's defence ministry says it has used a base in western Iran to carry out air strikes in Syria.

Tupolev-22M3 long-range bombers and Sukhoi-34 strike fighters took off from Hamedan on Tuesday, a statement said.

Targets were hit in Aleppo, Idlib and Deir al-Zour provinces, it added.

The BBC would also report:


Last week, Russia asked Iran and Iraq to allow Russian cruise missiles to fly through their airspace for attacks on terrorist targets in Syria.

It should be noted that Russian Tu-22Ms have already been used during Russia's operations in Syria, however they have been based in southern Russia. Moving them forward west of Tehran, allows for shorter and more frequent missions, saving fuel and time. This further strengthening of Russian-Iranian ties come amid the delivery of Russian S-300 anti-air defense systems to Iran as part of an $800 million contract signed in 2007.

In addition to this, Reuters would report in its article, "China says seeks closer military ties with Syria," that:


"China and Syria's militaries have a traditionally friendly relationship, and China's military is willing to keep strengthening exchanges and cooperation with Syria's military," the news agency paraphrased Guan [Guan Youfei, director of the Office for International Military Cooperation of China's Central Military Commission] as saying.

Both also talked about personnel training and "reached a consensus" on the Chinese military providing humanitarian aid, Xinhua added, without elaborating.

Reuters would also make mention of Uyghur militants operating in Syria alongside other Western-backed militant groups, suggesting this as a possible motive for China's interest in the conflict.

The presence of Uyghur militants operating in Syria helps illustrate the wider implications of the Syrian conflict. While characterised as a "civil war" by the Western media, it is in fact a proxy war waged against Syria and its allies by a US-led multinational coalition. 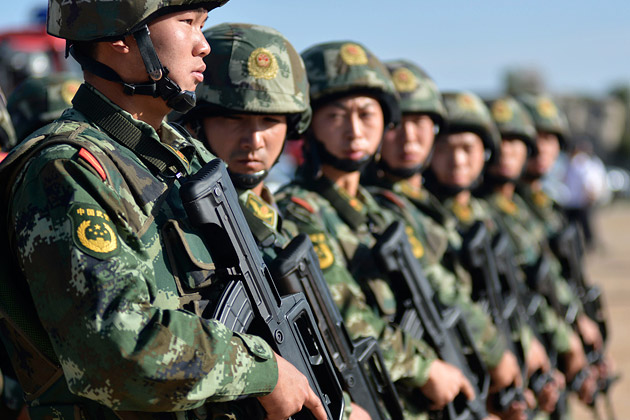 Should this coalition succeed in replicating the scenario that unfolded in Libya in 2011, Western-backed militants would have a staging ground significantly closer to Iran, southern Russia and western China. The presence of large, well-funded and armed militant groups in Syria has already helped bolster peripheral networks in North Africa and Central Asia.

Should this coalition fail in the face of joint Syrian-Russian-Iranian-Chinese efforts, these militant groups can be exposed and liquidated and joint efforts in turn shifted to eliminate peripheral networks beyond Syria's battlefields.

China and Iran's increased involvement in the Syrian conflict raise pressure on the US-led coalition and its ongoing proxy war, making it increasingly unlikely that Western ambitions will be realized. The growing concentration of forces in and around Syria may eventually pose a danger to many of the coalition members working with the US in the region.

With Russian forces staged in Iran, Saudi Arabia and other Persian Gulf states are now at a greater disadvantage vis-a-vis Tehran. Should China be forced deeper into the conflict, this may compound the already tenuous position of US allies in the region even further.