Thailand: Is Regime Change a Motive Behind the Recent Bombings?

At this juncture there appears to be no simple and straightforward answer to the question of exactly who perpetrated last week’s spate of bombings. Naturally, conspiracy theories are abundant. Most Thais have settled for a “whoever” attitude when it comes to the “whodunit” question. 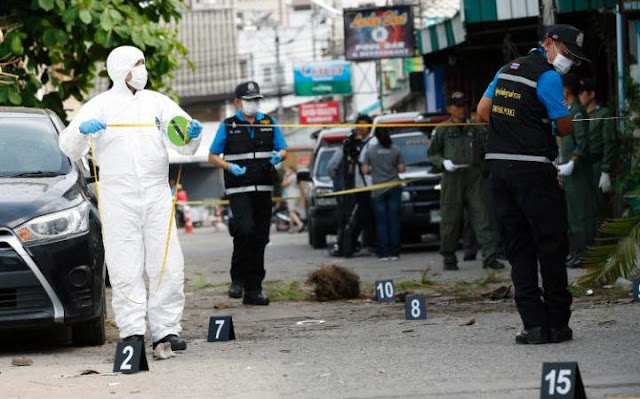 It is hard to deal with such sadistic behaviour that shows absolutely no regard for any rules of engagement. So far, no one has claimed responsibility - as if the lives they took had no value whatsoever. The bombers had the tenacity to kill and maim, but not the mettle to show their faces to their defenceless victims. They are cowards, pure and simple.

One popular theory that resonates is a link between Southern militant groups and ousted Thai political factions affiliated with a self-exiled former prime minister. The goal of the attacks, the theory goes, is to hit the current government where it hurts, namely tourism - the strongest revenue earner amid a global economic downturn that is hitting Thailand's balance sheet as well as its citizens' pockets.

Of all the main Southern militant factions, the BRN, Pulo, Mara Patani and Wada, there is only one group with a history of turning into hired guns for internal political reasons other then their own. They are regarded with contempt by fellow groups as people who sell their souls for cash. The fact that one member of the former prime minister's and his sister's inner circle was tasked with overseeing security in the deep South and has a history of greasing the wheels by diverting money to this group, renders the theory of political collusion credible. After all, that person still maintains contact and influence with militants in the South.

The plot thickened on Sunday with the suggestion published by media platform The New Atlas that the US has played an enabling role in Thailand's domestic political complications.


The article cited a 2009 cable from the US Embassy in Bangkok exposed by Wikileaks, that acknowledged that the "political forces" of the deposed former prime minister were "likely operating in the South, using the conflict as cover". And yet, the article continued, the US had looked the other way when it came to egregious transgressions of the former PM, using "democracy" as the excuse. The fact that US Embassy personnel in Bangkok have frequently visited with members of the red-shirt faction for years since the former prime minister went into self-exile was used to confirm the theory.

Some experts contend it is entirely possible that militant factions in the South carried out the attacks by themselves to humiliate the security apparatus of the current government. However, they admit that it would be hard to pin down the group or groups in question, as they operate independently as cells.

The New Atlas article argues that there was definitely red-shirt collaboration in the attacks. It points out that banners attacking Her Majesty the Queen on her birthday were written in "perfect central Thai" rather than the local Malay dialect. The banners mentioned red-shirt issues that had nothing to do with the Southern conflict. The defaming statements were printed neatly on vinyl, a costly method. It is rather difficult to see why Southern militants would waste their money on something that had nothing to do with their cause.

The resounding vote of approval for the government in the referendum did not change the situation in the South, but it changed the political landscape for the deposed political faction. Some members of this circle have conceded that their defeat means the current government will likely be in place for quite sometime, and a new election would not guarantee their return to majority power. Other members of the faction are more belligerent, looking for ways to oust the government by hitting where it hurts the most - the economy.

What is more intriguing is the role of Washington in Thailand's domestic political conflict, as contended by the New Atlas article.

The "unintended consequences" that Sanders alluded to were the political instability and catastrophe that the US policy of regime change has left behind.

As for Thailand, Washington may want to ponder this question: Is it in the best interest of the US to have Thailand in political turmoil amid an increasingly challenging international and regional political power equation? Will regime change guarantee the return of democracy that the US so loves to preach? Geo-politically, wouldn't a stable Thailand mean more security for a region in which the US plays the role of ally and protector?

The response to these questions may be "blowing in the wind", as Bob Dylan put it. But is the US really trying to force regime change in Thailand?

No one can answer this question better and more accurately than Washington and Langley itself.

The Nation is a Thai-based English language newspaper.