Upcoming Thai Referendum is a Key to Wider Asian Stability

An upcoming referendum regarding Thailand's new charter is predicted to further move the country toward greater political stability whether or not the charter passes this latest vote. 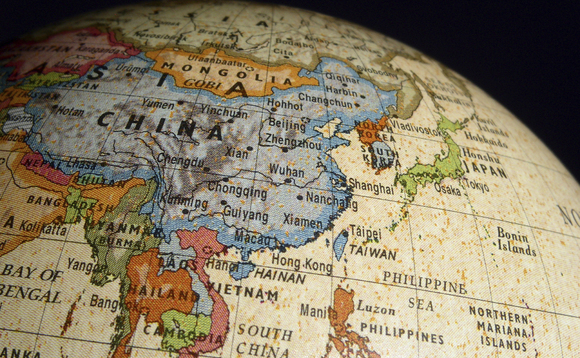 Either way, what will not happen in the near future is a return to political instability triggered by elections contested by controversial political parties like Pheu Thai, still openly run by convicted-criminal and self-exiled ex-Prime Minister Thaksin Shinawatra.

Thaksin Shinawatra's rise and fall from power between 2001-2006 was marked by immense and transparent abuse of power, a rash of mass killings between 2003-2004 that left nearly 3,000 dead according to Amnesty International and Human Rights Watch and a concerted attempt to consolidate political power, contravening the checks and balances common in modern representative governments.

In the wake of the first of two military coups aimed at removing Shinawatra and his political allies from power, he was convicted of corruption and sentenced to two years in prison. The London Guardian would report in their 2008 article, "Former Thai PM Thaksin found guilty of corruption," that:

In a ruling that made him the first Thai politician to be convicted of corruption committed while prime minister, Thaksin was found to have violated conflict of interest rules in helping his wife buy land from a state agency at a reduced price.


The Guardian also reported that in addition to this criminal conviction, Shinawatra still faced "a raft of other corruption charges."

Despite Shinawatra's many abuses, he has consistently received support from the United States and Europe. This may be owed to Shinawatra's ties to political and economic interests, particularly in America, including his role as an adviser and "matchmaker" for notorious private equity firm, The Carlyle Group. 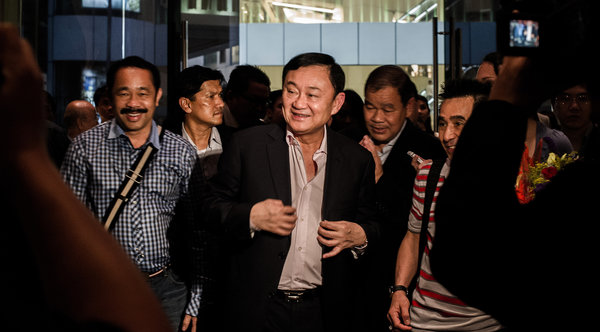 Bloomberg lists Thaksin Shinawatra as having served as "a Member of Advisory Board at The Carlyle Group LP."

In 2001, veteran Thai journalist Thanong Khanthong would write in an article titled, "Anand outlines ties to group of giants," that:


In April 1998, while Thailand was still mired in a deep economic morass, Thaksin tried to use his American connections to boost his political image just as he was forming his Thai Rak Thai Party. He invited Bush senior to visit Bangkok and his home, saying his own mission was to act as a "national matchmaker" between the US equity fund and Thai businesses. In March, he also played host to James Baker III, the US secretary of state in the senior Bush administration, on his sojourn in Thailand.

"I'm just trying to be a matchmaker for those who want to invest in Thailand," Thaksin said in the April 24, 1998 edition of The Nation. "Every company needs to increase capital now and what our country needs most is capital and we want to sell our products."

Beyond mere connections to American political and economic interests, there was actual reciprocation by Shinawatra once taking office in 2001.

During his time in power he would commit Thai troops to the US invasion and occupation of Iraq in 2003, attempt to pass a US-Thai free trade agreement in 2004 without parliamentary scrutiny, allow the US to use Thai territory as part of its extraordinary rendition program and privatise Thailand's national natural gas conglomerate, PTT.

The Wall Street Journal, in 2001 would write regarding Shinawatra's privatisation of PTT in an article titled, "Thailand's Privatization Efforts Get Boost From PTT's Offering," stating:

For PTT's IPO, the government opted for a broad-based public offering instead of selling a minority stake to an individual strategic investor. The model jibes with Mr. Thaksin's "privatization for Thais" campaign promise made during the approach to Thailand's parliamentary election in January.

Among the foreign investors who assumed ownership of previously state-owned PTT included Chevron and Exxon, whose ownership of Thai assets for now nearly two decades, has been one of many points of contention for opponents of Shinawatra and his politics. 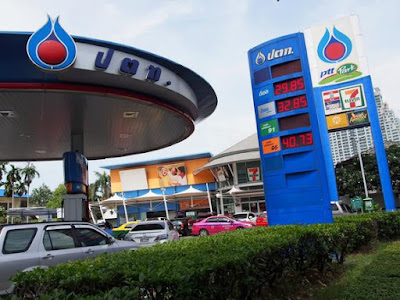 It is clear then, why despite gross human rights abuses, Shinawatra has remained both popular and well supported by American and European political and economic interests. This in turn, is augmented by support from across the Western media, driven by large numbers of prominent Western lobbying firms.

Shinawatra's incremental removal from Thai politics, then, represents not only the stopping of these means, but also disrupting the ends toward which they served.

This may help explain the puzzling Western media coverage preceding August 7th's referendum vote, where the Western media has attempted to frame Thailand's political crisis as anything but the removal from Thailand of demonstrably criminal elements and the foreign interests both driving them, and benefiting from them.

Also puzzling, is the Western media's habitual omission of Shinawatra's numerous abuses of both power and human rights in their current coverage.


Should they mention Shinawatra's history, including his use of heavily armed elements to confront his political enemies within Thailand, the notion of the military needing to intervene in Thailand's political crisis may not seem so unreasonable.

Despite very clear political struggle playing out in Thailand between national and international interests and their sponsored opposition fronts, the Western media has for years attempted to cloud the issue with narratives portraying billionaire Thaksin Shinawatra as a "champion for the poor," and portraying Thailand as bitterly divided by a growing "class war" between "royalist elites" and the "rural poor."

In reality, statistics provided by Western foundations themselves completely contradict this narrative, but like the Western media has done on so many other occasions, from deceiving the public about the threat Iraq posed to the world regarding "weapons of mass destruction" before the invasion and occupation of Iraq in 2003, to the now fully-exposed narratives that preceded the wars against Libya and Syria, so too is the Western media attempting to deceive the public in regards to Thailand's current political crisis.

In reality, Shinawatra has long lacked anything resembling a majority in terms of support from Thai voters or society at large. According to Thai Election Commission statistics Shinawatra's own party approved of following the 2011 elections which saw Shinawatra's sister, Yingluck Shinawatra put into power, a meagre 35% of all eligible voters actually cast votes for Shinawatra's Pheu Thai Party.

While still winning the election, such performances at the polls belie the alleged "widespread support" Shinawatra and the Western media repetitively claim he has.

US' Own Study Reveals "Divided Thailand" is a Manufactured Myth

The Asia Foundation, according to the US State Department's own Office of the Historian, is a Central Intelligence Agency proprietary. In a memorandum from the CIA to the 303 Committee, it is stated that:


The Asia Foundation (TAF), a Central Intelligence Agency proprietary, was established in 1954 to undertake cultural and educational activities on behalf of the United States Government in ways not open to official U.S. agencies. Over the past twelve years TAF has accomplished its assigned mission with increasing effectiveness and has, in the process, become a widely-known institution, in Asia and the United States.


With the Asia Foundation clearly being identified as an extension of US interests, when studies it itself conducts find political movements and narratives utilised by the US to be fundamentally flawed in fact, it is worth noting. A summary of their  2010 survey, titled, "Survey Findings Challenge Notion of a Divided Thailand," would state:


The vast majority of Thais surveyed said they have no color affiliation. Only 5 percent of respondents identified themselves as strongly Yellow and 7 percent as strongly Red, while another 5 and 7 percent, respectively, identified as leaning slightly Yellow or Red. The combined color loyalties left a substantial majority of 76 percent who claimed no color allegiance. While the survey results reflect sharp divisions of opinion among Yellow and Red supporters on certain issues, they also reflect a striking diversity of opinion or factionalism within the two color movements.

Perhaps most damning of all, was the affinity and respect the survey identified across Thai society for the Royal Thai Army, even from among those small percentages cultivated as anti-military and anti-establishment.


It is telling then, that despite the reality on the ground laid out by the US Asia Foundation itself, that the Western media has continued to promote what are veritably deceitful narratives of a divided nation, particularly between "royalists" and the "poor," despite most of the poor in fact being "royalists."

Beyond mere surveys, this tale can also be accurately discerned by simply examining competing street protests. Between 2009-2010, Thaksin Shinawatra mobilised on average approximately 30,000 (peaking at around 50,000 on pivotal days) supporters in the streets of Bangkok, and only for a a short duration of several weeks. Conversely, in 2013-2014 anti-Shinawatra political fronts were able to mobilise 100,000 supporters (peaking at over 1 million on pivotal days) not for weeks, but for over half a year.

It is clear then that headlines preceding the August 7th vote are aimed not at informing public opinion, but merely turning it against the Thai government and undermining the legitimacy of the referendum's outcome, should it be perceived as unfavourable to Western interests.

Thailand is but one nation within the wider Asian region attempting to roll back long-standing, unwarranted influence from abroad, reaching into and manipulating its internal political and economic affairs. Beyond the immediate and superficial interests served by the West placing a political party of its choice into power in Bangkok, there is a wider regional strategic purpose this serves. 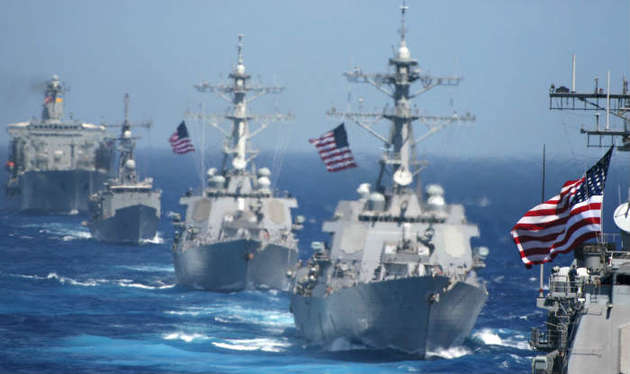 In regards to the US-led confrontation with Beijing, constructing a united front against Beijing, particularly among Southeast Asian states, has been an openly stated priority of Washington since the announcement of the US' "Pivot to Asia." Students of history will recognise the "Pivot" to be little more than the continuation of America's containment policy vis-a-vis Beijing, exposed as early as the "Pentagon Papers" when they were leaked in 1971.

Stability in Thailand and its success in excising unwarranted influence from its national institutions and political processes, while striking a more rational, equitable, proportional and balanced relationship with Washington in terms of economics and foreign policy, will in turn help set the mood for a wider regional realignment.

And while Thailand and other nations in Asia struggle to strike this new balance, they should also take careful note not to let other nations creep into their political and economic institutions as the West has already done, lest they find themselves required to fight amid lengthy political crises in the future against unwarranted influence emanating from Eurasia, rather than Europe and North America.