The unlearned lessons of Washington’s armed aggression against Libya back in 2011 has come to haunt the US yet again, with the US Air Force back to bomb this North African state. The assault started on August 1st with the vigorous bombardment of the Libyan port city of Sirte. The new round of US military aggression against Libyan was announced by Pentagon spokesman Peter Cook, who pointed out that the decision to launch the so-called “military operation” was taken by US President Barack Obama himself. 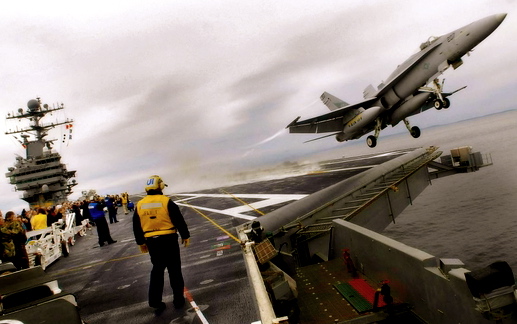 The beginning of a new US campaign in Libya was confirmed by the Prime Minister of the "Government of National Consensus" (GNC), Fayez Mustafa al-Sarraj who is conducting all meetings at a military base near Tripoli. According to Fayez al-Sarra, “Washington carries out the operation at the request of the GNC.”

The air assault on Sirte, American military commanders say, was provoked by allegations that this city has become a new base of operations for the "Islamic State" (ISIS). In this regard, it is noteworthy that in a recent interview President Obama gave to the Fox News, the American President announced that he considers American armed aggression against Libya to be the biggest mistake that he made during his presidency.

One should not forget the fact that the Wall Street Journal reported last February that ISIS was taking hold in Sirte, and that President Obama rejected the idea of a new military campaign in Libya that was being presented by the Pentagon as well as rejected the very idea of air strikes against ISIS anywhere in Libya, as it was reported by The Daily Beast.

Therefore it is clear that even though Washington says that the aim of this new wave of armed aggression is to fight ISIS, everyone understands that this is but a pretext, while the White House aims to support certain terrorists groups in their fight against other terrorists, in a bid to spill chaos across neighboring countries, primarily into both Algeria and Egypt.

We shouldn’t forget that once the Libyan government was toppled back in 2011 divided groups were providing their support to various branches of the government, which resulted in the duality of power now present in Libya. So, we find ourselves in a situation where the internationally recognised Parliament – the House of Representatives – is located in the city of Tobruk. The Parliament is being supported by the troops of the Libyan national army, headed by Lieutenant-General Khalifa Haftar.

The capital of the country – Tripoli is being occupied by the new General National Congress, which in turn is being supported by a coalition of armed groups that is called the "Shield of Libya." This coalition is closely associated with the Muslim Brotherhood movement, which in many nations is recognized as terrorist organization. The second largest city of the country, Benghazi, is being run independently by the so-called "Islamic Shura Council."

A number of territories are not controlled by any official group and these territories are quickly being taken over by ISIS rule, which creates a foothold for the further development of this terrorist group in the event that it is eliminated in Syria. 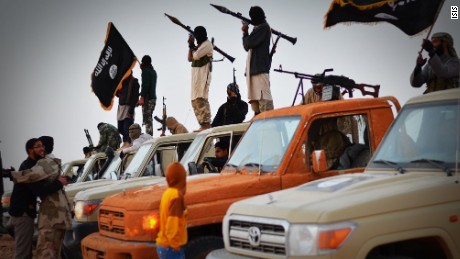 In the meantime, there’s a long list of contradictions between the government in Tripoli and the officially recognized GNC. The GNC's creation with the signing of accords in Morocco on December 17, 2015 has not been ratified by the Parliament. Therefore, the GNC cannot be regarded as the legitimate representative of Libya. However, Washington and other Western players are trying to ignore this fact, putting particular emphasis on supporting those people at the head of the GNC. The Tobruk Parliament explains its negative attitude towards the GNC by the fact that this government is acting in accordance with Washington’s demands and interests, not Libya's. This fact has been announced bluntly in the US Senate by the newly appointed commander of Africa Command of the US Armed Forces, Thomas D. Waldhauser. In addition, according to the statements made by Libyan members of parliament, the GNC consists mainly of terrorists and extremists that have been murdering and torturing civilians and who participated in the creation of training camps for militants that were later sent to fight in Syria.

Under these conditions, there can be no discussion of the legal status of the newest wave of US armed aggression against Libya, since this “counter-terrorist operation”, just like the armed intervention of 2011, has not been launched at the official request of any legitimate government inside Libya nor with any mandate from the UN Security Council.

When assessing the new US campaign in Libya one must bear in mind the fact that Libyan elites have shown their willingness to combat radical militants. In particular, the head of parliament Aguila Saleh Issa has declared on June 18 a total mobilization across Libya, while the regular armed forces so far resisted ISIS with relative success. Although it’s true that Libyan troops have been pretty slow at entering the areas dominated by terrorists, like Benghazi and Sirte, out of fear of massive civilian casualties that such an operation can bring.

However, the White House prefers to ignore all of these facts, since the US administration has failed miserably in all other regions of the world (including in Iraq, Syria and Afghanistan), and therefore attempts to show at least some positive results before the current president leaves office, and another political cycle begins.

As for yet another violation of the international law that Washington has just committed, the White House seems indifferent, convinced that bombs can subdue the entire world to its will, regardless of the growing death toll among global civilian populations and the backlash it is incurring.