America's Foreign Policy in Syria Summed Up in 3 Headlines

US foreign policy regarding Syria publicly vacillates between seeking to defeat the Islamic State to achieving regime change in Damascus. Even at face value, these two objectives are contradictory, even paradoxical. 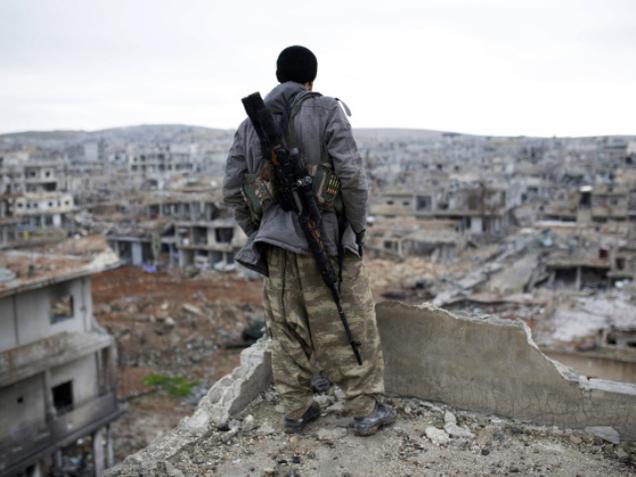 Overthrowing the government of Libya in 2011 thrust extremist groups (used by the US to overthrow Tripoli in the first place) into power across the nation, leaving it bitterly divided and in constant conflict since. The collapse of a unified Libya also allowed Al Qaeda and its spin-off, the Islamic State, to flourish unchecked. There is little evidence to suggest that anything else but precisely this scenario would also unfold should the government in Damascus likewise be overthrown.

The conflict in Syria, raging since it was triggered by US-backed armed groups in 2011, has in fact created the very conditions in which the Islamic State rose to prominence, springing forth from designated terrorist organisation, Jabhat Al Nusra, also known as Al Qaeda in Syria. In other words, it was the pursuit of regime change by the US that gave rise to the very extremism it now claims it is involved in Syria, Iraq and now also Libya to defeat.

Newsweek published an article titled, "How the U.S. Can Win in Syria," written by Brookings Institution policymaker Michael O'Hanlon. In it, he claims;


...we need to be somewhat more willing to work with groups that are tainted by past association with the Nusra Front, as long as we can vouch for the fact that they are not themselves Nusra members. We should give them anti-tank missiles—though not anti-aircraft missiles—and much more help in terms of ammunition, logistics assistance and food, to help them build up their forces.


Quite literally, a US policymaker is calling for the bolstering of groups tied to Jubhat Al Nusra, a US State Department designated foreign terrorist organisation and the very source of the Islamic State's rise to power in the first place to "defeat ISIS, defeat the Nusra Front and replace Assad."

Not only are there few groups that have "past" rather than very current associations with Jubhat Al Nusra, many more groups, including those directly backed by the US have recently, openly joined under the terrorist organisation's banner to fight in and around Syria's northern city of Aleppo. 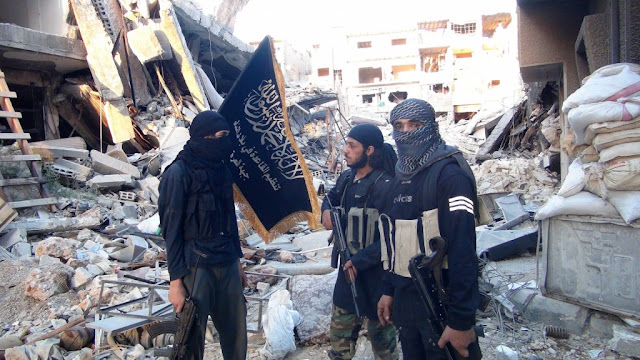 In reality, only the toppling of the Syrian government will be achieved by such a policy, leaving Syria divided and destroyed, overrun by heavily armed extremist groups empowered by US foreign policy.

And while this may seem like rudderless policy by a Western centre of power losing its grip on reality, it is in fact an intentional, very cynical effort to turn Syria into a failed state, just as was done to Libya and use it as a springboard to launch large-scale, armed proxy military campaigns against Syria's neighbours and allies, most notably Iran and southern Russia. It should be remembered that in 2011, after the fall of the Libyan government, US-armed militants were immediately moved into Turkey from where they launched operations into northern Syria and in particular, Aleppo.

Thus, US foreign policy, no matter how many times it is claimed that it seeks to confront and defeat extremism in Syria and Iraq, fully intents to expand it not only in the region, but  far beyond it as well.

2. Perpetuating the Misery of the Syrian People

While the US publicly claims its seeks to end the destructive conflict in Syria often citing humanitarian concerns as a pretext for greater direct involvement in the conflict and for placing greater pressure on Damascus and its allies, in reality the US seeks to deepen, widen and indefinitely perpetuate the destruction of Syria, just as it has done in Libya. 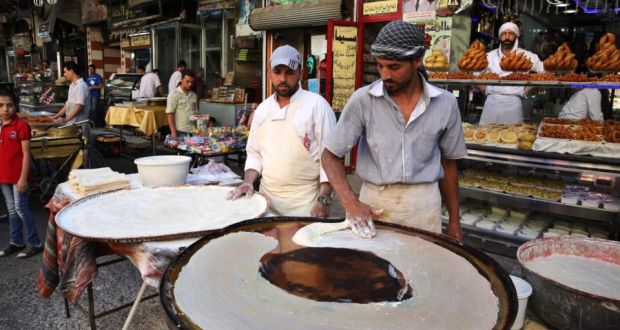 In a Washington Post article titled, "Syria’s message to tourists: Come back, enjoy our beaches," writer Adam Taylor condemns any notion that parts of Syria may be returning to normal as US-backed militants face defeats and Damascus gains the upper hand.

The article concludes by claiming:


The message sent by all this publicity might not only be aimed at tourists — but foreign governments and Syrians as well. Wael Aleji of the Syrian Network for Human Rights told the Telegraph last year that these tourism efforts were in fact “psychological warfare” against Assad's opponents, designed to send the message that the parts of the country — exclusively those held by the Syrian regime — are safe again.

That the Western media reacts with scorn to the notion of normality returning to the lives of Syrians reflects a Western foreign policy that seeks to achieve its goals in Syria or burn the nation to the ground. It illustrates the truth behind the West's use of "humanitarian concerns" as a facade behind which human misery is created and perpetuated, not exposed and defused. It is an example of the depravity that truly underpins the West's direct and proxy interventions worldwide.

3. The US Fully Plans to Betray all of its Allies in Syria

Considering the above facts, it would be foolish for interests within Syria, including the Kurds, to believe that the US is involved for any other purpose other than serving US interests. The very moment those interests diverge from assisting US allies on the ground, such assistance will be terminated. If for some reason these allies become an obstacle to US ambitions in the region, they will be terminated as well.

So obvious is this reality that even the New York Times in its article, "Kurds Fear the U.S. Will Again Betray Them, in Syria," notes:


There is little sign that the United States has abandoned the Syrian Kurds. American officials have worked to negotiate a truce on the ground between the rebels backed by Turkey and the Kurdish militia, known as the People’s Protection Units, and fighting has calmed in recent days.

But many Kurds say they now see the writing on the wall and worry that once the Islamic State is driven from its capital in the Syrian city of Raqqa, the United States will sell them out.

And of course, careful study of American history proves that not only will the United States "sell out" the Kurds, they will stand by, even possibly assist the necessary "pruning" of emerging Kurdish influence in northeastern Syria to satisfy much more important requirements regarding relations between Ankara and Washington.

US foreign policy has always been cynical, violent, treacherous and even disastrously shortsighted and self-serving. The above three headlines shows merely the continuation of these policies unfolding in an information space where hiding the true characteristics of US ambitions behind either patriotic or humanitarian rhetoric is becoming increasingly difficult.

Whether or not this opportunity to more frankly appraise US ambitions sways public opinion either within the US or abroad to discourage such policies in favour of a more reasonable and constructive American engagement with the rest of the world remains to be seen.