Are Claims the US is Sabotaging Venezuela's Economy Far Fetched?

As US-backed opposition groups take to the streets of Venezuela, following previously failed US-backed uprisings to effect regime change in the South American nation, Western analysts are particularly optimistic about the chances of success now considering the teetering state of Venezuela's economy. 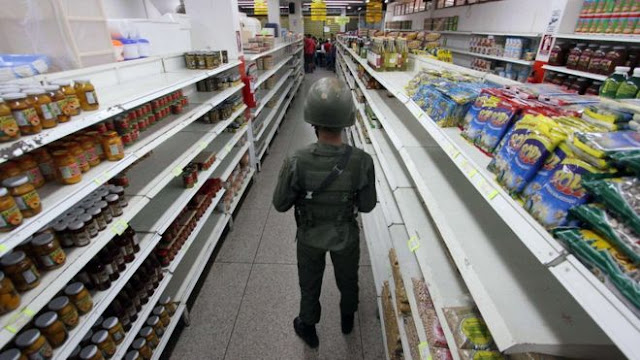 The UK Independent in an article titled, "Venezuela accuses US of plotting coup as Washington warns of 'imminent collapse'," would state:


The relationship between the US and Venezuela has for many years been nothing less than toxic.

In 2002, then President Hugo Chavez was briefly ousted in a coup by opponents supported by the US. Washington continued to funnel hundreds of thousands of dollars to his critics, while Mr Chavez took to the podium of the UN to accuse George W Bush of being the devil.

Now, President President Nicolas Maduro has extended a state of emergency in the country for another 60 days and accused Washington of plotting against him, as US intelligence has claimed the country is heading for meltdown.

The article would also claim:


An economic state of emergency has been in force in Venezuela since January, including rationing of food and other goods. The country is facing economic [crisis] largely because of the crash in oil prices.


...observers of the region point out that the US has a long history of seeking to interfere in the politics of Venezuela, as well as elsewhere in Latin America.

In addition to supporting those who ousted Mr Chavez in 2002, the US poured hundreds of thousands of dollars to his opponents via the so-called National Endowment for Democracy.

Regarding the economic conditions leading up to what appears to be another round of US-backed regime change efforts, the possibility that in addition to US sanctions against Venezuela and the global manipulation of oil prices to target both Venezuela and Russia, that the US is using other, covert methods to sabotage the nation's economy are not entirely far-fetched. 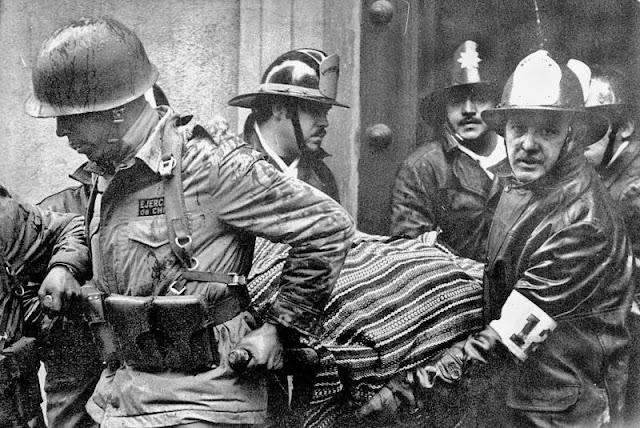 
The CIA is acknowledging for the first time the extent of its deep involvement in Chile, where it dealt with coup-plotters, false propagandists and assassins.

On the CIA's own website under a post titled simply, "CIA Activities in Chile," it is admitted that (our emphasis):

According to the Church Committee report, in their meeting with CIA Director Richard Helms and Attorney General John Mitchell on 15 September 1970 President Nixon and his National Security Advisor, Henry Kissinger, directed the CIA to prevent Allende from taking power. They were “not concerned [about the] risks involved,” according to Helms’ notes. In addition to political action, Nixon and Kissinger, according to Helms’s notes, ordered steps to “make the economy scream.”

These Cold War attitudes persisted into the Pinochet era. After Pinochet came to power, senior policymakers appeared reluctant to criticize human rights violations, taking to task US diplomats urging greater attention to the problem. US military assistance and sales grew significantly during the years of greatest human rights abuses. According to a previously released Memorandum of Conversation, Kissinger in June 1976 indicated to Pinochet that the US Government was sympathetic to his regime, although Kissinger advised some progress on human rights in order to improve Chile’s image in the US Congress.


Overthrowing the government required first a pretext. Public dissatisfaction over economic conditions is perhaps the most intuitive when targeting public perception and it appears to have been a key component in US calculus during the overthrow of Chile's government.

In essence, US intervention in Chile, just like its interventions across the planet today, are merely draped in rhetoric regarding the defence of democracy, human rights and economic progress. In reality, the US seeks to remove governments posing as obstacles to US economic and geopolitical interests in favour of those that facilitate them, regardless of how much worse such regimes generally end up being regarding human rights and economic progress.

Venezuela is no different. The current government is not an enemy of the United States because of human rights abuses, a lack of "democracy" or for posing a legitimate threat to US national security. It is an enemy of the United States because it is obstructing US economic and geopolitical ambitions in the region as well as US aspirations toward greater global hegemony in general.

Those the US seeks to replace the current Venezuelan government with will undoubtedly trample the rights and lives of those opposed to it, through equal or greater atrocities than the current government is accused of. Instead of anything resembling progress for the people of Venezuela, the nation will be intentionally kept underdeveloped, mired in domestic and regional conflict, specifically to help maintain the hegemony of US interests.

Far from conspiracy theories, US history and current US foreign policy confirms the systematic subversion and destruction of South America, including Venezuela, toward the fulfilment of self-serving interests that will leave the people of South America further mired in tragedy, not help them transcend it.