As the Syrian Ceasefire Collapses

When Liz Sly of the Washington Post published her latest deceptive and particularly biased piece titled, "A ferocious assault on Aleppo suggests the U.S. may be wrong on Syria," she intended to give the impression that the United States sought peace in Syria. Never mentioned were open admissions by the US that it intended for years before the conflict even began to overthrow the government in Damascus and to specifically use sectarian extremists underwritten by US ally Saudi Arabia to do so. 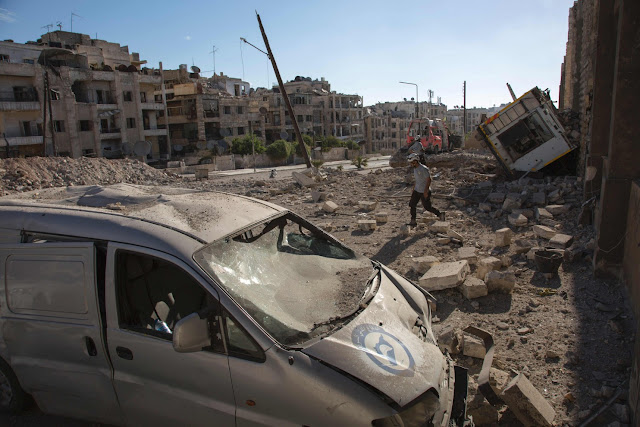 Nor was it mentioned that so-called "moderates" fighting in Syria have long been tied directly to designated terrorist organizations, including Al Nusra with many groups openly aligning themselves under the Al Qaeda affiliate's banner just before a large-scale offensive was launched against Syria's northern city of Aleppo - a battle that continues even now.

Sly and other commentators among the Western media establishment cite Syrian and Russian planes carrying out airstrikes across Aleppo as a failure of the so-called Syrian ceasefire - a ceasefire in which the US carried out a sustained attack on Syrian forces in the eastern city of Deir ez-Zor, "accidentally" giving forces of the self-proclaimed "Islamic State" (ISIS) an edge, allowing them to seize valuable strategic territory. It was also a "ceasefire" armed militants refused to honor, including groups openly armed and backed by the United States and its allies.

The US State Department itself admits that Al Nusra, a US State Department-designated foreign terrorist organization, is indeed operating in and around Aleppo. Even as early as April of this year, the Business Insider in its article, "The Defense Department has a new line that helps Putin and Assad in Syria," would admit that:


US Army Col. Steve Warren, the spokesman for Operation Inherent Resolve in Iraq, was asked whether Russian airstrikes on Aleppo, the current epicenter of the war, meant that Moscow was preparing to end the cessation of hostilities (CoH) agreement between government forces and the opposition signed on February 29.

Warren responded that it was "complicated" because al-Nusra "holds Aleppo" and is not party to the agreement.

Ceasefire or not, the US, Syria, and Russia agreed that Al Nusra - along with other designated terrorist organizations - would not be spared. This fact was cited by the US itself as a pretext for why it too was carrying out airstrikes - including at  Deir ez-Zor - during the supposed ceasefire.

The collapse of the ceasefire in reality was both predictable and indicative of a much larger unraveling of US credibility both in Syria, and worldwide. It is a nation whose motives and objectives are easily exposed before an increasingly large and aware segment of the global public, standing in stark contrast to its simplistic, often oafish and self-contradictory rhetoric. 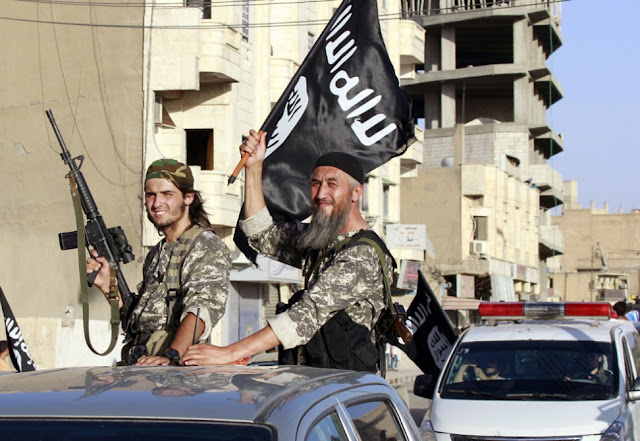 Syria's conflict cannot be resolved through disingenuous political deals brokered by a party who seeks only to finish its stated objective of "regime change" and the "partitioning" of a sovereign nation. Thus, Syria's fate will be determined on the battlefield amid a struggle between America's faltering political capital and the reality of Syrian, Russian, and Iranian military and logistical limitations when faced with the US and its multinational military, economic, and political coalition arrayed to dismember and destroy Syria.

Analysts and the curious alike, in gauging the future possibilities of this conflict, should pay close attention to the size and disposition of forces on the ground, the political, economic, and logistical strength of external players influencing the battlefield, and the political capital of each respective party - and leave line-by-line analysis of meaningless US-sponsored ceasefire agreements to Western political pundits intent on peddling non sequitur talking points from a troubled, fabricated, and very much unraveling Western narrative.