The RAND Corporation was commissioned to publish a report titled, "War with China: Thinking Through the Unthinkable," in which it describes its assessment of possible war between the US and China in the Pacific in both 2015 and in 2025.


Premeditated war between the United States and China is very unlikely, but the danger that a mishandled crisis could trigger hostilities cannot be ignored. Thus, while neither state wants war, both states' militaries have plans to fight one. As Chinese anti-access and area-denial (A2AD) capabilities improve, the United States can no longer be so certain that war would follow its plan and lead to decisive victory. This analysis illuminates various paths a war with China could take and their possible consequences. 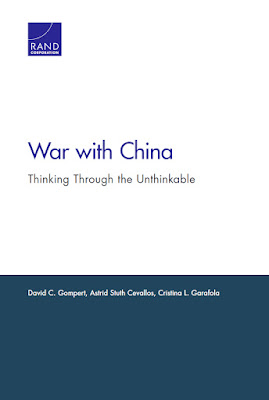 The report makes an attractive concession to possible Chinese politicians and business leaders (and their counterparts throughout the rest of Asia) who may read the report and be tempted to take it at face value, claiming that war with China, even today, would be costly for the US, and that the window of opportunity for a decisive victory over China will likely be closed come 2025.

However, the report also claims that:

The publicly available paper appears to be an attempt to accomplish two things. First, it attempts to play down the possibility of a premeditated US first-strike on Chinese forces, simply because for a first-strike to be most effective, it would  be best done when completely unexpected.

Second, it is an attempt to temper Chinese ambitions in the region driven by increasing Chinese military strength, and may represent an effort to convince some among China's leadership to take a more conciliatory approach, accommodating a continued US presence and role in the region, rather than fully displacing it. In other words, it is a veiled threat, attempting to coerce Chinese decision makers to forego what is otherwise the inevitable expulsion of US influence from the region.

The report goes on to make recommendations, which include measures intended to prepare for this potential war and to ensure an American edge in it.

The report warns that a potential war in Asia Pacific would greatly impact China's trade. This would not only be catastrophic for China, but for the entire Asian region. The report claims:

Because much of the Western Pacific would become a war zone, China's trade with the region and the rest of the world would decline substantially.

Examining the economic disposition of the Asian region, one finds that Asia trades primarily within itself, first and foremost, and then abroad to the Americas, Europe and elsewhere. In essence, a US war on China would also be a US war on the rest of Asia's economy. 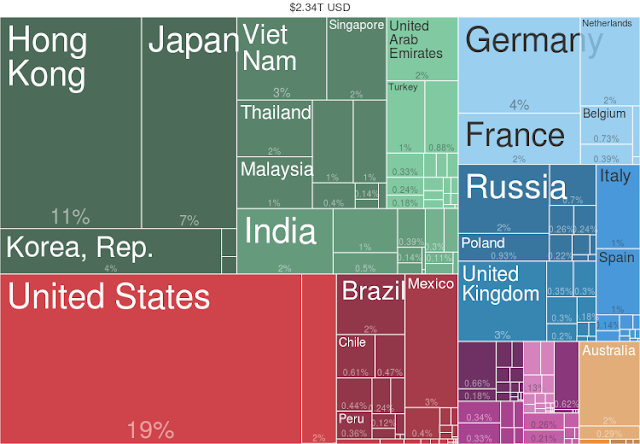 US economic influence in Asia falls disproportionately short of the geopolitical primacy it attempts to wield in the region. It is an aspiring global hegemon faced with an entire region growing increasingly independent of the economic and security framework it has attempted to overlay and constrain the region within for nearly a century.

Its Trans-Pacific Partnership free trade agreement represents a modern day form of mercantilism. America's use of "soft power" through the organisation of disruptive and subversive political groups and terrorist fronts provides a modern-day stand-in for British gunboat diplomacy. And the parallel institutions the US creates through US State Department-funded nongovernmental organisations (NGOs) mirror the imperial administrative networks constructed by the British, French and Dutch throughout the region before World War II to compete against, and eventually take over local institutions.

Yet despite all these reimagined, modernised hegemonic constructs, Asian states with unified populations, strong economies and increasingly capable military and security agencies seem capable of incrementally displacing America's unwarranted influence from the region nonetheless. And just like the empires whose institutions the US is attempting to perpetuate in Asia Pacific, the US seeks to divide these nations against themselves and their neighbours to create a weakened region it can reassert itself over. 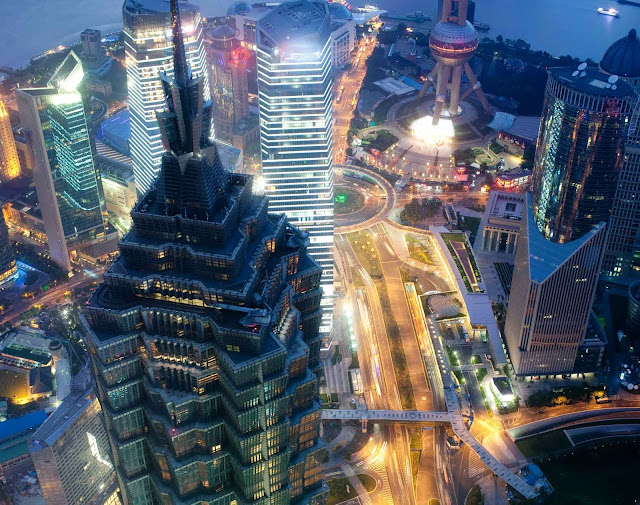 This is the genesis of the present South China Sea conflict. Of course, real rivalries do exist, not just between China and its Southeast Asian neighbours, but between these Southeast Asian states themselves.

Through the use of soft power and America's formidable media influence, it has attempted to amplify these manageable bilateral differences into a regional conflict, then place itself amid it, posing as an indispensable underwriter of Asian security and stability. It can then manage the crisis ensuring maximum tension and division across the region, weakening it as a whole and allowing the United States to reassert its primacy.

It is a dangerous game that if played well by Washington will still cost Asia its collective economic potential well into the foreseeable future. However, if played poorly, it could degenerate into the very sort of armed conflict the RAND Corporation paper described, leading the region into unpredictable and open-ended disaster.

Stability in Asia is the Only Option

For Asia, stability equals prosperity and progress. The region is already creating inter-economic incentives that encourage nations to choose peace over confrontation regarding bilateral disagreements and territorial claims. Simultaneously, each respective nation must continue to build up their military forces to reduce the temptation of resorting to, or inviting, armed coercion. Building up various mechanisms to enhance this balance of power, thus creating a multipolar regional order will be the key to a prosperous Asia well into the future.

The presence of the United States will remain a constant source of instability undermining this process, primarily because its own stated objective is not to create a multipolar balance of power for the region, but to achieve and maintain regional unipolar primacy for itself. 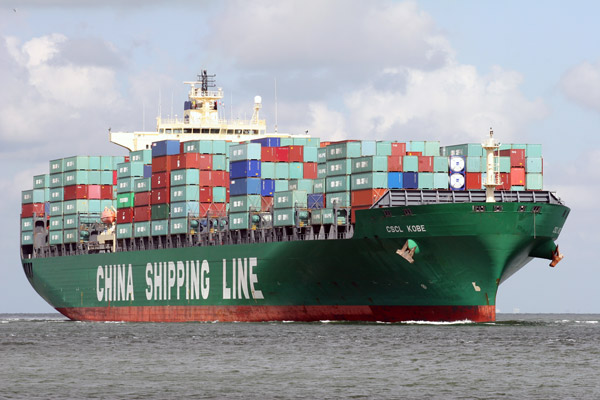 This by necessity requires the United States to temper, contain or even roll back the economic and political progress and influence of not only China, but of any Asian state in the region who threatens American primacy. It requires a constant regime of destabilisation across the entire region.

Indeed, the prospect of a US-Chinese war in Asia Pacific is unthinkable, but the possibility of such a war exists only because the US insists on maintaining a disproportionate, unwarranted amount of influence in a region it itself is not even geographically located in.

Ideally, to defuse this potential catastrophe, one of the two belligerents should be removed from the regional equation. Since China is located in Asia, its removal is out of the question, thus, through the process of elimination, that means America should and must be the party who withdraws.

Since it won't, it will take concerted and incremental effort from all Asian states to gradually reduce America's presence and influence in the region to rational and constructive proportions. This must be done while resisting the temptation to cynically exploit US meddling in the region to enhance one nation's position against its neighbour, only to be targeted next once the region is collectively weakened through continued conflict.

For Asia to grow, it requires stability. The US promises only instability and confrontation for the next decade, and is even openly preparing for a war it admits will devastate the region. It is a war that will only be fought because the US refuses to withdraw from a region it has no legitimate claim to in the first place. The choice for Asia, should it wish to move forward in peace and prosperity is clear. Through unity, the region can remove the real danger to their collective security and stability, a danger that would extort the region through threat of war in order to be allowed to remain.