American-based aerospace company SpaceX is one of the few Western enterprises pursuing a greater purpose in a nation otherwise obsessed with power and profit. When its rocket was recently lost on the launch pad amidst an anomaly it took with it a satellite to be used by Facebook, an example of the latter. 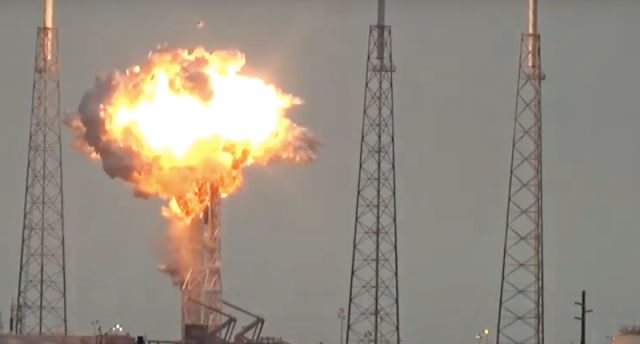 Facebook CEO Mark Zuckerberg struck a bitter tone in his response to the explosion of the SpaceX rocket carrying a satellite intended for use on his Internet.org project in Africa.

Writing on his Facebook page, Zuckerberg said: “As I’m here in Africa, I’m deeply disappointed to hear that SpaceX’s launch failure destroyed our satellite that would have provided connectivity to so many entrepreneurs and everyone else across the continent.”

However, while technically Facebook's Internet.org would provide "connectivity" to people across the continent, it would not be providing them with access to the actual Internet.

Instead, it is Facebook's version of the Internet, where the concept of net neutrality - the principle that Internet service providers should enable access to all content and applications regardless of the source, and without favoring or blocking particular products or websites - does not exist.


On Facebook's version of the Internet, only those willing to pay large sums of money can have access to audiences while others who do not pay, no matter how popular or meaningful their message may be, are essentially silenced. This is already a reality across Facebook's social network itself, and this network is one of several "Free Basics" offered on Facebook's Internet.org.

Internet.org by Facebook Aims to Control the World, Not "Connect" It

Looking past the superficiality at what Internet.org truly represents, it is clear that it is an attempt to takeover and monopolize the telecom industry and in particular, the entire Internet across the developing world. Not only does Facebook's "Free Basics" limit users to information highly controlled by Western corporate-financier special interests and Facebook's own net neutrality-usurping algorithms, but because the infrastructure employs methods including space-based satellites, the governments and communities exposed to this upturned version of the Internet have no say or control over it. 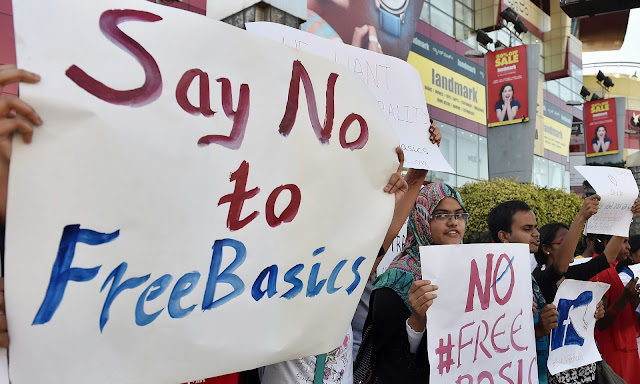 So obvious is this, that even before Facebook has completed its plans, nations are already fighting back.

In India, net neutrality activists succeeded in getting the invasive, manipulative, and monopolizing service banned from the country. The Guardian's article, "India deals blow to Facebook in people-powered 'net neutrality' row," would report:


Facebook has lost the right to offer its free mobile internet service in India after the country’s telecoms regulator ruled in favour of net neutrality, marking the end of an intense and very public 11-month national debate.

The new regulations published by India’s Telecom Regulatory Authority (TRAI) ban differential pricing for data services, and make it easier for smaller firms to compete with established companies including Facebook.

Facebook's response was as unsurprising as it was dishonest, claiming:

Our goal with Free Basics is to bring more people online with an open, non-exclusive and free platform. While disappointed with the outcome, we will continue our efforts to eliminate barriers and give the unconnected an easier path to the internet and the opportunities it brings.

In reality, in order to eliminate barriers and connect people, the people themselves must acquire the skills and resources necessary to create their own infrastructure, companies to maintain it, and the ability to create their own content to transmit over it - the very embodiment of both the Internet itself and the underlying hope proponents of net neutrality hold for the Internet. The people using the Internet in their nation should be the primary benefactors of it - not just in terms of having access to useful information, but the ability to earn a living by maintaining its infrastructure.

In addition to Facebook's ability to penetrate and monopolize any given developing nation's telecom industry, considering Facebook's ties to the US State Department and its  role in facilitating regime change and even destructive, violent campaigns of armed subversion, it is very likely Facebook's monopoly would make it that much easier to control and manipulate information space in any given developing nation during a Western-engineered crisis.

This may explain why legitimate nongovernmental organizations (NGOs) in India stood up to Facebook's attempt to undermine net neutrality, but nations where NGOs are dominated by US State Department and Open Society funding like Thailand and the Philippines, Facebook's Internet.org has gone unopposed.


Telecom and information technology, like food, water, energy, and a standing army, are essential building blocks for national security and prosperity. Handing the responsibility of any of these over to either a foreign nation or a foreign corporation - or both - is the relinquishing of one's sovereignty and the compromising of one's national security.

Nations and their people must develop their own Internet infrastructure. For Mark Zuckerberg and his government-connected corporation Facebook to presume they are the sole solution to "connecting the world" is but a modern-day version of "The White Man's Burden" - those nations subjected to it subordinated to this domineering arrogance and the self-serving schemes that underpin it.

Facebook's Internet.org is a wake-up call for developing nations to stand up and invest in modern day essential infrastructure - including domestic versions of social networks like Facebook - to ensure they are as safe in the field of information as their conventional armies keep them on the field of battle.