On September 9 at 9:30 AM, as it had been forecasted by numerous South Korean and Western experts, Pyongyang proceeded with its fifth nuclear weapon test. The site used for this test was just the same - near the village of Punggye-ri. The 5.3 strong earthquake that followed was reported by a number of monitoring stations across the region and, if South Korean media sources are to be believed, could be felt in a number of eastern Russian regions. 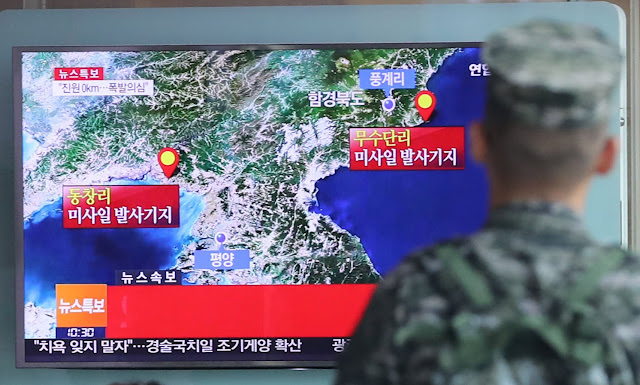 As for the details – they differ drastically, as is usually the case immediately after a North Korean nuclear test. According to a US geological monitoring station, the nuclear explosion took place near the surface, while a Russian seismological station in Yuzhno-Sakhalinsk reported that the earthquake began at a depth of 12 kilometers. The South Korean Joint Chiefs of Staff announced that the power of the nuclear weapon could have been as much as 10 kilotons, while a previous test in January amounted to 6 kilotons. Yet, the fourth nuclear test was estimated to be about 20 kilotons. Therefore, the argument that “the recent explosion has become the most powerful in the history of North Korea’s nuclear test” could be contested.

Northerners themselves officially confirmed the test four hours after the detonation, announcing that they were testing a new nuclear warhead to assess its capacity. It has also announced that no leakage of radioactive substances followed the test. It is highly possible that due to the successful standardization of nuclear technology, North Korea is now capable of producing various modifications to its warheads, including so-called “mini-nukes”, and, in general, the nuclear potential of Pyongyang has been growing exponentially.

The test might have been planed to coincide with the celebrations of the 68th anniversary of the North Korean state, which was scheduled on the 9th of September. Or it can be regarded as a sort of response to the joint military exercises that are being held by the US and South Korea, or an answer to numerous claims that the DPRK will soon crumble and fall. What is important is that previously North Korea was conducting such tests every third year, but this test explosion has been the second in just a year, which means that Pyongyang is expanding its nuclear production and testing schedules. Additionally, Pyongyang has successfully tested its own ballistic missiles which are capable of delivering nuclear warheads to distant targets, and it makes no secret of this fact, which is intended to be taken into account by those states which seek direct confrontation with North Korea. 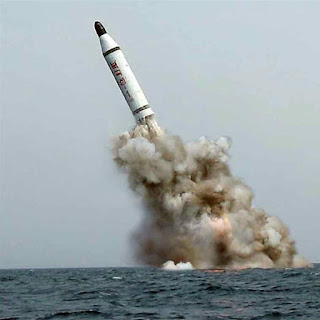 The public reaction to this “extraordinary nuclear salute” was well-expected. The South Korean President Park Geun-hye interrupted her foreign tour to announce that the test was a flagrant violation of the UN Security Council decision, adding that Seoul will do whatever it takes to apply all necessary pressure it could summon on Pyongyang, making sanctions even more severe. In addition, the South Korean leader phoned US President Barack Obama and held a discussion with him about the situation on the Korean Peninsula which allegedly lasted 15 minutes. The parties agreed to apply all available means to adopt a tougher resolution against North Korea in the UN Security Council. President Obama confirmed that Washington was prepared to fulfill all of its obligations to other countries, providing an extended deterrence trough the introduction of a “nuclear umbrella.”

According to media reports, many permanent members of the UN Security Council agree that the time has come to provide a rigorous response to new nuclear tests , banning Pyongyang from receiving humanitarian aid.

However, it’s really hard to tell what will actually happen. On one hand, the UN Security Council has showed formidable unity in condemning the DPRK for its nuclear program, thereby denying it nuclear status. On the other, the mounting tension between China and the US means that the former will criticize any steps that may increase tensions in the region, including the deployment of THAAD missile systems. Therefore, there’s a chance that the vote will not be unanimous and North Korea will get a chance to circumvent any additional economical damage, since Beijing’s position has been evolving over recent months.