When US President Barack Obama attempted to leave Air Force One upon arriving at Hangzhou, China, just southwest of Shanghai, he found that no staircase or red carpet awaited him. Instead, he and his staff were forced to use an alternative exit from the aircraft, only to find additional restrictions placed upon them on the tarmac. 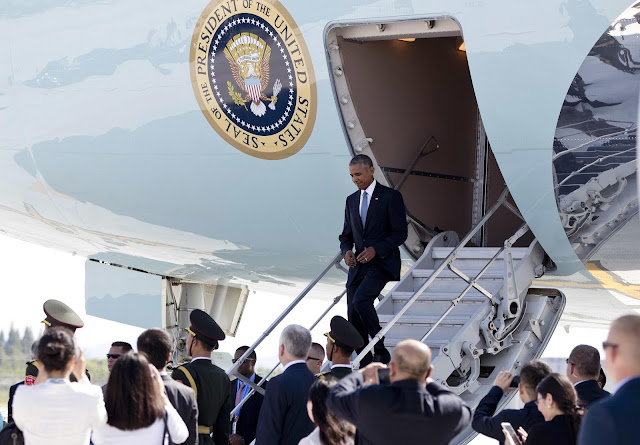 The New York Times in its article, "Bumpy Beginning for Obama in China, Starting on the Tarmac," would note:

There was no staircase for Obama to exit the plane and descend on the red carpet. Obama used an alternative exit.


On the tarmac, a quarrel broke out between a presidential aide and a Chinese official who demanded the journalists traveling with Obama be prohibited from getting anywhere near him. It was a breach of the tradition observed whenever the American president arrives in a foreign place.

When the White House official insisted the U.S. would set the rules for its own leader, her Chinese counterpart shot back.

"This is our country! This is our airport!" the Chinese official yelled.

Rather than accept and adapt to the conditions set forth by their Chinese hosts, the President's staff quarrelled with them, marking yet another ungraceful bout of American exceptionalism where even in another's country, America's will is expected to be fulfilled.

Reflecting on the event, President Obama made cryptic comments seemingly both attempting to downplay the event as a mere oversight, but alluding to the fact that it was more than a mere oversight by their Chinese hosts.


And in fact, it was no oversight. It was a clear message to America that the age of American exceptionalism, particularly in Asia, is over.

In and of itself, President Obama's ungraceful exit from Air Force One may seem like an insignificant event. When added together with a general decline of American influence and regarding the respect it had once commanded across Asia, it is highly symbolic of a global hegemon being pushed from an entire corner of the globe.

It was just recently that the US concluded a lengthy and costly public relations campaign, dressed up as an "international tribunal" conducted at The Hague in the Netherlands that predictably concluded that China held no legitimate claims in the South China Sea.

The "ruling" was allegedly made in favour of the Philippines, despite the legal team being headed by an American, Paul S. Reichler of Foley Hoag. Despite what Washington believed would be a crushing rhetorical blow to Beijing, not only did Beijing dismiss the entire proceeding out of hand, the Philippines itself refused to capitalise on the transparently politically-motivated and provocative ruling. 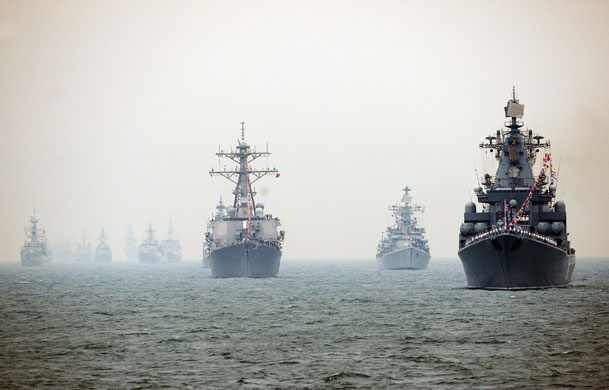 US pressure on the Philippines, until recently considered a stalwart ally, even a subordinate functionary of Washington, eventually resulted in Philippine President Rodrigo Duterte directly mocking America's ambassador to the nation, denouncing him as an effeminate meddler.

The previous year, the US had been pressuring Thailand to allow Chinese terror suspects to travel onward to Turkey despite an extradition request from China. Thailand ignored US demands and returned the suspects to face justice in China.

In both cases terrorism struck shortly after, with a bomb striking in the centre of Bangkok killing 20 and maiming many more, and just recently a bomb exploding in the Philippine city of Davao, where President Duterte had previously served as mayor.

In Cambodia, the nation's Prime Minister Hun Sen has openly accused the US of attempting to subvert political stability around the globe. This was in reference to opposition groups the US State Department is now using to pressure the Cambodian government after its decisive shift away from US interests toward Beijing.

In essence, while the US announced its "pivot" toward Asia, Asia itself appears to be pivoting away from the US. Thus, the incident on the tarmac in Hangzhou is a microcosm of what is taking place across Asia, an unwillingness of locals to further capitulate to American exceptionalism, and an ungraceful America unable to recognise or adapt to this shifting geopolitical reality.

In the end, America with its hegemonic hubris will ensure that it is fully pushed out of Asia, missing what is perhaps a final opportunity to readjust its relationship with the region away from adversarial domination toward something more equitable, proportional and constructive.