US Aid to Israel Aids Who and Toward What End?

Recently, the United States just renewed military aid to Israel in a decade-long, $38 billion deal - the largest of its kind in American history. It represents a significant increase in aid, roughly $3.8 billion a year - expected to be supplemented by additional assistance through US Congress - up from $3 billion per year previously. 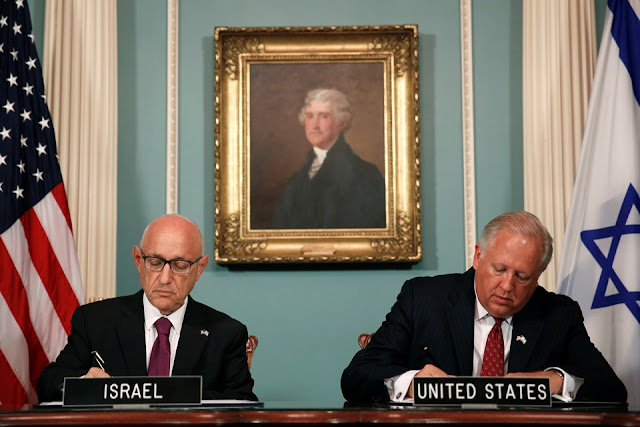 The Atlantic in an article titled, "Why Does the United States Give So Much Money to Israel?," attempted to explain the reasoning behind the otherwise unreasonable and unprecedented assistance by claiming:


Defenders of the deal would say it’s necessary. Dalton described the uptick in spending as a natural extension of the long-standing relationship between the United States and Israel, “as well as close ties between those countries and their peoples.” She described the “fraught neighborhood” surrounding Israel: war-torn Syria to the northeast, Hezbollah-influenced Lebanon to the north, and an Islamist insurgency in Egypt’s Sinai to the south, all of which help explain the historically high promise of $5 billion in missile funding over the next 10 years.

However, experienced geopolitical analysts will point out that the United States does not have "friends," "allies," or "relationships" - only interests and those who serve them. And while the Atlantic attempts to explain the deal as a means of maintaining a "relationship," it and other publications admit that there are "strings attached." If examined carefully, these strings reveals just what interests this supposed "relationship" serves.

CNBC would say just that in its article, "Big US military aid package to Israel has strings attached," claiming:


...it's structured so that more Israeli defense spending goes to U.S. companies. Israel's long-standing special arrangement for funds from the United States previously allowed Israel to spend 26 percent of the money in Israel — on Israeli-made defense products. But that provision is being phased out over the first five years of the deal.

In other words, the ten year, $38 billion aid package is first and foremost welfare for US defense contractors, not Israel whose own defense spending adds up to $16 billion per year - dwarfing annual US "aid." The deal is to encourage further Israeli dependency on America - dependency that lends Washington further leverage over both Israel and the region.

The purpose of aid and those who have arranged it on both the Israeli and American sides of the negotiating table is to continue directing Israel's domestic and foreign policy to suit America's interests, not the Israeli people's. An Israel at peace with its neighbors in a stable Middle East and North Africa is an Israel that negates the supposed need of a US presence in the region. It also negates the need for such extravagant defense spending in both Israel and the United States.

CNBC would also reveal that the new assistance package would include provisions making it difficult for Israel to lobby for additional spending unless war broke out. Considering the track record of various Israeli regimes, does one suppose this is an incentive for Israel to avoid conflict, or actively seek it out? 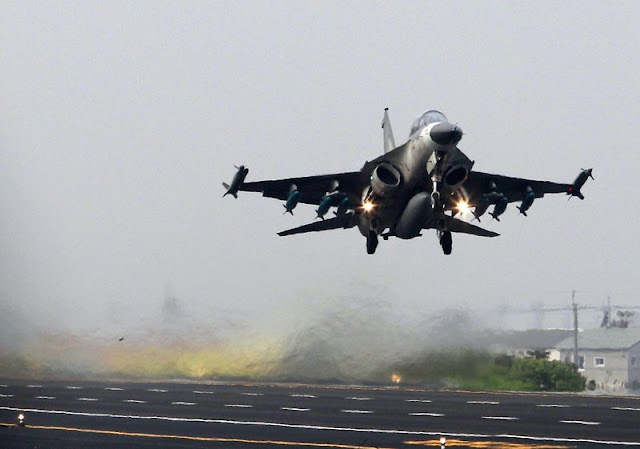 In every way the aid deal is meant to perpetuate unpopular regimes, unpopular and inhumane policies, as well as perpetuate conflict and human misery. The role the US plays in "stabilizing" the Middle East is revealed instead as a constant conspiracy to overturn it.

US, Israel, and Saudi Arabia - Trifecta of Conflict and Instability

The only other nation in the Middle East sowing as much conflict and instability as Israel's current regime is Saudi Arabia. It has flooded Iraq and Syria with militant groups triggering years of devastating war as well as directly launched an extensive air and ground war against neighboring Yemen.

Saudi Arabia - like Israel - is the recipient of extensive US backing. While the US made history by granting Israel unprecedented foreign aid, it sealed with Saudi Arabia recently an equally historic and unprecedented weapons deal amounting to some $60 billion - a single deal significantly larger than the 10 year aid package the US is providing Israel.

Israel's Haaretz would report in its article, "U.S. Announces $60b Arms Sale to Saudi Arabia, Says 'Israel Doesn't Object'," that:


The United States plans to sell up to $60 billion worth of military aircraft to Saudi Arabia, the U.S. State Department announced on Wednesday in a move designed to shore up a region overshadowed by Iran.

Andrew Shapiro, the assistant secretary of state for political-military affairs, told a news conference the U.S. administration did not anticipate any objections to the sale from Israel, traditionally wary of arms sales to nearby Arab countries.

Indeed, Israel does not object to US weapon deals with Saudi Arabia. Despite feigned adversity between the two regimes, the governments of Israel and Saudi Arabia work in tandem toward a singular regional vision with very few points of contention and with the common denominator being the way each nation's role enhances their joint sponsor - the United States - and its hegemony over the region.

It is then not surprising to see US-funded Israeli forces defending Saudi subsidized terrorists on the Golan Heights coordinating violence against Syrian forces throughout the destructive, ongoing Syrian conflict. 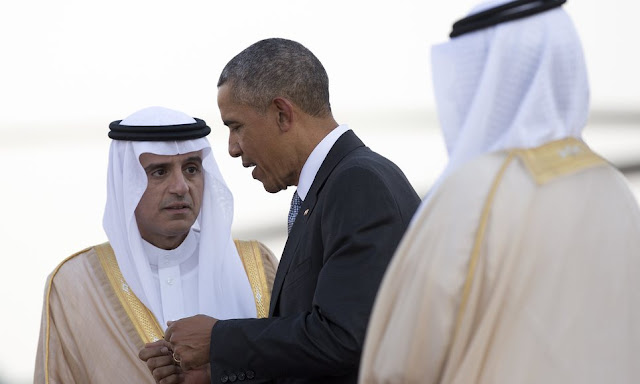 Unlike Saudi Arabia, which does not exist as a functioning legitimate nation-state beyond its petrodollars and its US-backed military power, Israel does possess the economic infrastructure and human capital to transition into a functioning, independent nation-state - if only its population can overcome the engineered strategy of tension that has ensnared it for decades and the regime behind it.

The United States' $38 billion is to ensure that regime remains in power for another 10 years, the strategy of tension continues to play out, and the Israeli people, as well as their neighbors are denied any opportunity to live in peace and move forward in progress for another decade to come.

Rather than underwriting Israel's security for the next decade, the US is ensuring Israel struggles under another 10 years of uncertainty, perpetually impending war, all while its regime continues to partner with neighboring regimes - including Saudi Arabia and Turkey - to undermine regional stability and further threaten the future of the Israeli people and the survival of the Israeli nation.

The Israeli regime's signing of yet another compromising, dependency-inducing aid package with the United States is proof once again that Israel's own government constitutes the Israeli nation's worst enemy.