The US State Department's Young Southeast Asian Leaders Initiative (YSEALI) claims on its official US government website to build "the leadership capabilities of youth in the region and promotes cross-border cooperation to solve regional and global challenges."

It not only consists of US-based educational and professional "fellowships" for Southeast Asian participants, but also a funding component to help alumni establish foreign-funded organisations posing as "nongovernmental organisations" (NGOs), enhancing the already large presence of US-funded organisations operating across Asia in the service of American interests.


This is an opportunity for young NGO leaders to advance their professional skills and competencies with the aim to grow, scale, and take the organizations they work for, or those they founded, to new heights.

From developing baseline metrics to creatively pursuing financial and in-kind resources to assertively applying social media to advance mission, this workshop will bring together individuals from across ASEAN to learn and collaborate on ways to build capacity, message, and impact.

Beyond this, YSEALI also conducts other workshops across Southeast Asia to help prepare what is essentially a parallel political establishment that serves not Southeast Asian institutions or the population, but the US State Department and the corporate and financial interests it represents, quite literally an ocean and continent away.


One such activity was conducted by the US Embassy in Cambodia, called the "First Model Prime Minister Debate" organised by the US Ambassador's Youth Council, Phnom Penh. 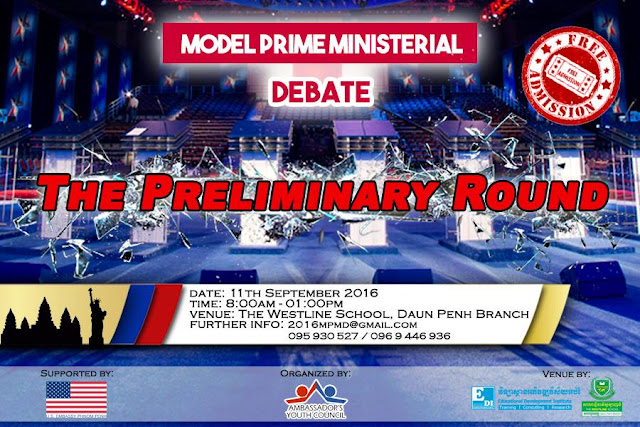 In essence, the US State Department is preparing an entire generation of impressionable young people, raised on American-style consumerism and hooked into US-based social media platforms like Facebook, and moulding them into a client political bloc they will eventually assist into power, just as they have attempted to do in Hong Kong recently with US State Department-funded "Umbrella Revolution" leaders winning several seats in local legislative elections and as they have already done in Myanmar through Aung San Suu Kyi's National League for Democracy (NDL) with her minister of information quite literally trained by US-funded organisations in neighbouring Thailand before assuming his post.

Using children and young adults through what appear to be benign overseas scholarships and work opportunities, as well as through events across Southeast Asia organised by US embassies appears at first disarming and scaled back from the sort of subversion the US has typically engaged in over the past several decades (i.e. 1953 Operation Ajax: Iran, 1973 Chilean coup d'état, or the violent 2011 Arab Spring).

Yet despite its apparent benign nature, it represents precisely the same end result; a US backed government, representing parallel institutions that answer not to the people they are put in power over, but instead represents those foreign interests that cultivated, funded and directed them into power from abroad.

YSEALI's activities are fundamentally inappropriate, undiplomatic and constitute an intentional and direct threat to the sovereignty and self-determination of the entire region of Southeast Asia. Were China or Russia conducting such activities in the United States, it is likely a coordinated government and media campaign would be mobilised to counteract it, and possibly even legislation passed to stop it all together.

Likewise, ASEAN should consider revising rules, regulations and legislation governing foreign-funded organisations masquerading as "NGOs" and limiting foreign missions to the region and each respective nation to diplomatic activities only.

Funding from foreign governments for allegedly "nongovernmental" organisations is in itself a contradiction in both terms and in principle. And the idea of a parallel political system created in the US embassy and composed of Southeast Asian youths "built" by US efforts somehow representing or resulting in "democracy" or "self-determination" is an obvious and intentional misrepresentation by the US State Department.

Not only should local governments across Southeast Asia counter these efforts through restricting or ending them altogether, they should create their own programmes to develop their nation's next generation of political and business leaders, infused with local principles, values, cultural ideals and reflecting the best interests of the people and nation they will eventually assume positions of power over. Self-determination is not a right the US or the "international community" it poses as leader of will grant freely to the nations of the world it presumes dominion over, it is a right that nations must fight for, earn and protect proactively.