Thailand: Before Western Lies Begin, What You Need to Know

Thailand is a pivotal nation centered amid Southeast Asia and commanding a prominent economy with a large population. It played a pivotal role during the US war in Vietnam, but has since then incrementally diverged from serving US hegemony in Asia. 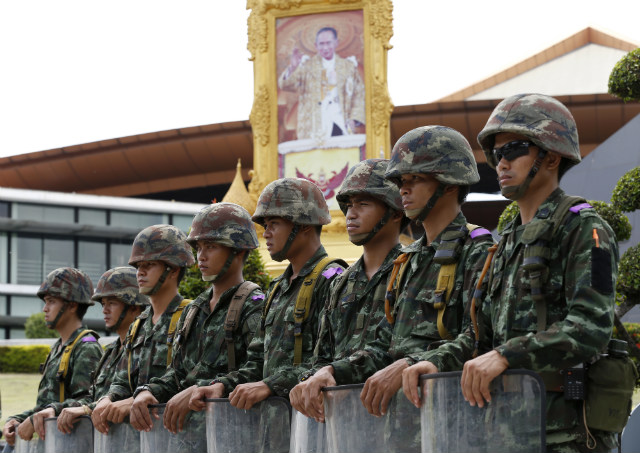 As of now, Thailand has clearly and decisively performed its own "pivot" away from Washington and toward a diverse portfolio of alternative ties, including with Beijing and Moscow. Its military inventory has been incrementally transformed from housing aging American hardware to Russian, Chinese, Middle Eastern, and even Swedish weapon systems. It also is increasingly cooperating closer with China regarding economics and regional security, a role the US has presumed a monopoly over for decades.

In fact, Thailand has diverged so much so that its political stability has now become the regular target of US efforts to undermine it. This includes through economic and sociopolitical attacks, as well as through covert means up to and including terrorism.

The key to Thailand's political stability, despite fierce infighting between rival special interests and political camps throughout the nation's ancient history, has been the nations much revered and unique monarchy. Knowing this and seeking to undermine stability in Thailand, and thus undermine yet another ally of Beijing and Moscow, the United States through its media has pursued a campaign of disinformation to attack and destroy the monarchy, hoping Thailand emerges exponentially weaker after the current head of state, King Bhumibol Adulyadej, passes on from advanced age.

The True Nature of Thailand's Monarchy

Unlike Western monarchies, Thailand's historically possesses an entirely different social contract between its head of state and the people. Despite superficialities cited by dishonest Western commentators to portray the Thai people as subservient - like prostration and a prayer-like gesture known as a "wai" - much of the symbolic respect Thais exhibit toward their king is identical to that which they exhibit toward their own parents, including both prostration and the "wai."

Both the monarchy itself and its "subjects" see themselves as a large family and a living sociocultural expression of Thai culture and history. The role Thailand's king has served historically to rally and unite the Thai people has contributed to the fact that Thailand is the only nation in Southeast Asia to escape European colonization - and is perhaps another reason why the West is so determined to eliminate this institution.

The Western media intentionally exploits both culturally differences between East and West as well as their audiences' general ignorance to paint Thailand's institutions in the most negative light possible.

An Institution That Serves, Not Merely a Throne to Sit

The kings of Thailand have historically served the role as living founding fathers - for 800 years - pushing the nation forward through difficult transitional periods politicians were unable or unwilling to navigate the country through themselves.

This includes the abolition of slavery, a period of technological modernization similar to Japan's Meiji Restoration, and the current king's lifetime of work toward promoting socioeconomic self-sufficiency to combat encroaching globalization and the immense debt and disparity it sows.

The current king of Thailand has focused specifically in developing models, techniques, and importing and promoting crops to help Thai farmers avoid debt, diversify their economic activity, and avoid exploitation at the hands of "middlemen" who obstruct farmers from direct access to markets. 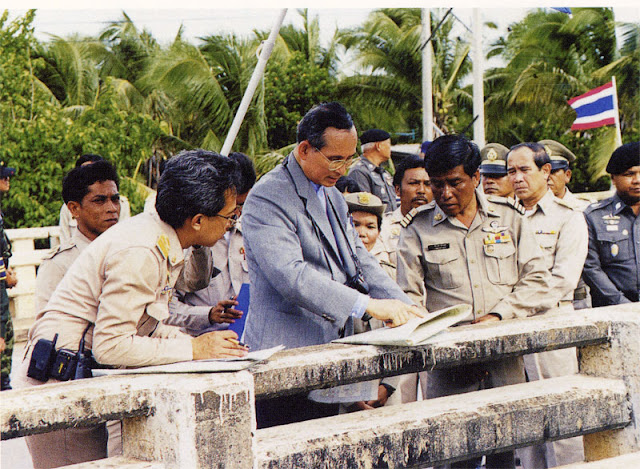 He has also ceaselessly promoted the construction of national infrastructure, particularly in regards to dams and waterways to generate renewable energy, control flooding, and provide more reliable irrigation for farmers - projects often neglected by politicians who either direct money elsewhere toward more short-term and popular projects, or misappropriate the funds altogether.

There are also demonstration stations constructed at the expense of the royal family across the country imparting skills upon farmers regarding alternative energy, value-added processing for their crops, and new skills they can diversify their economic activities with.


Farmers who have utilized these ideas and resources have managed to weather the worst of what the global economy and the corruption of "elected" politicians in Thailand have subjected the nation to - including the disastrous 2011-2013 rice subsidy scheme enacted by the US-backed political party of Thaksin Shinawatra that left over a million farmers unpaid and in crippling debt.

Ultimately, analyzing Thailand must be done by observing ideas, institutions, principles, and their actual results rather than obsessing over the superficiality of titles and historical, culturally prejudices. Just as Thailand's monarchy has and for the time being has broken the mold of Western expectations regarding "kings," Thai opposition parties backed by the US and masquerading as "Marxists" while serving a corrupt, exiled billionaire lodging in Dubai grossly misrepresents actual Marxism.

Being armed with the truth, particularly at a very difficult and sensitive period in Thailand's modern history, will help understand the importance of Thai politics and their impact on regional and global geopolitics and prevent special interests from exploiting interests to advance their goals at the expense of entire nations, peoples, and even regions.