A recent chain of events in the Middle East has resulted in China becoming actively engaged in the settlement of the Syrian conflict. The primarily reason behind this development is the ever increasing activity of Uighur terrorists from the East Turkestan Islamic Movement (ETIM), which, according to a report presented by The Long War Journal, has been fighting government forces in Syria along with ISIS. Moreover, it’s been reported that ETIM militants are involved in the ongoing battle for Aleppo. This group is well known across the globe for its close ties with al-Qaeda and its continuous calls for separatism within the Xinjiang Uygur Autonomous Region (XUAR) of China. 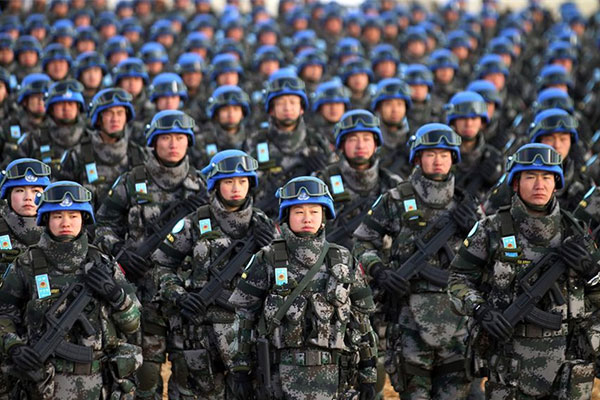 It should be pointed out that Uighurs are Turkic-speaking Sunni Muslims that reside both in the urban and rural areas around the Taklimakan Desert, the very place where the ancient Silk Road used to pass through. Back in the 1990s, those lands gave birth to two groups, the World Uyghur Congress which is demanding independence through "peaceful" means, and ETIM which has chosen the path of terror. The office of the World Congress is based in New York and enjoys immense US support when Washington decides it’s time to criticize the “authoritarianism” of the Chinese government. In turn, ETIM has long been running its operational bases in Waziristan which remains a de-facto independent region out of reach of the Pakistani government.

As Syria was overrun by foreign mercenaries, militant Uighurs moved ino this war-torn country as well. It’s been reported that there’s a large number of ETIM militants within the ranks of Jabhat al-Nusra (that is now trying to rebrand itself as Jabhat Fateh al-Sham). When ETIM became actively engage in Syria, the consequent arrival of Chinese troops was only a matter of time. In addition, Syria and Iraq have become virtual proving grounds for the testing new weaponry and warfare tactics, and it is unlikely China would miss such an opportunity.


Last August, Chinese Rear Admiral Guan Yufeem, who heads the office of international military cooperation, met the defense minister of the Syrian Arab Republic, Fahedom Jassem Al-Frege in Damascus. The meeting allowed the parties to discuss the possibility of Chinese military advisers assisting the regular Syrian army. In addition, the parties reached a consensus on the delivery of Chinese military and humanitarian aid to Syria in exchange for Syria’s declared support of Beijing in the South China Sea. 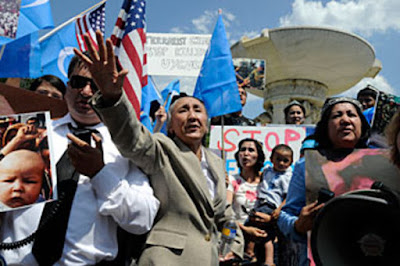 Back in 2015 the Chinese parliament adopted the country’s first law on the fight against terrorism, which allowed its army to launch anti-terrorism operations outside its territory, therefore China’s involvement in Syria no longer contradicts Chinese laws. The final political impetus regarding its armed involvement in the Syrian conflict was revealed by Beijing when it received irrefutable evidence that a well-organized and properly trained ETIM squad was operating on a regular basis in Syria.

China has its own interests in Syria as well. Since before the war broke out, it was Damascus’s major trading partner with total bilateral trading reaching two billion dollars, and Beijing makes no secret of its investments in Syrian oil extractions ventures. Therefore, Beijing is interested in strengthening its presence in the Middle East and would clearly benefit from assisting Syria in rebuilding its civil infrastructure and industry.

Beijing has largely been disappointed with the breakout of the so-called “Arab Spring”, the chain of "color revolutions" that shook the region to its core. China has invested heavily in the Middle East and has been providing loans to the Syrian government, which played a pivotal role in helping Damascus to continue feeding its people amid its current time of need. Yet, Beijing preferred not to intervene directly in the Syrian conflict due to its diversified interests in the region. On one hand – it enjoyed a partnership with Iran, on the other, it has huge trade and investment contracts with the powerful secular Sunni nations as well as autocratic regimes such as Saudi Arabia and Qatar,

But if China used to limit itself to supplying lightly armored vehicles and small arms to the Syrian army, now it has finally decided to assist Damascus in training its military personnel. However, the Chinese army hasn’t had much experience in such conflicts, so it seems unlikely that it will be able to raise good officers, but it can train gunners, signalmen, drivers, mechanics, and repair specialists. After all, some Soviet-made artillery systems that Damascus is still using has also been extensively used in the Chinese army. 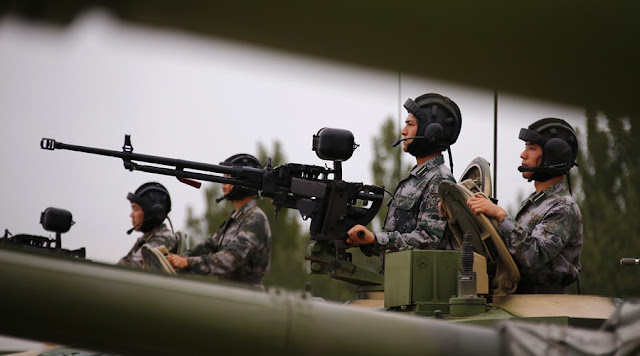 In addition, one must bear in mind that China really wants to provide its troops with real combat experience, which is limited so far to special operations against separatists in Xinjiang and peacekeeping operations, for example, in Mali and South Sudan. We can not exclude the possibility that in the near future Chinese special forces will be deployed to Syria. After all, the line between training local military personnel and hidden participation in the conflict is quite thin these days. Beijing has been watching Russia’s military deployment in Syria closely, and Chinese generals would love to test their weapons, military systems, tactics and the Chinese system of global positioning. How deep are they willing to go is unknown, but what is sure is that Syrian troops need all the assistance they can get right now.