Russian forces operating in Syria upon Damascus' request have met several close calls during military and humanitarian missions over the past two months. In late October, Syrian and Russian organised humanitarian corridors came under heavy fire in Aleppo in a brazen attempt by Western-backed militants to prevent civilians from crossing over into government-controlled western Aleppo. 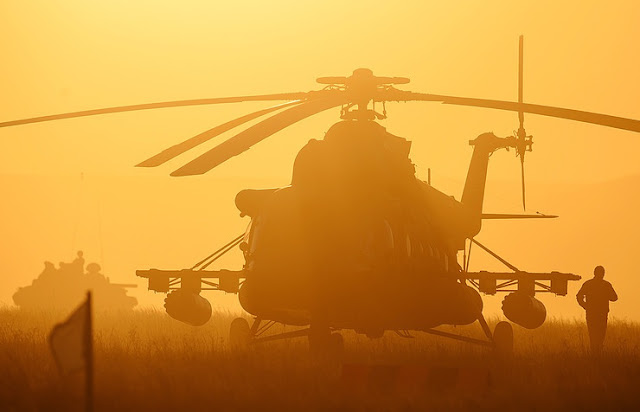 Dan Rivers of UK-based ITV would say in an October 20 Tweet:

Buses ready to 'evacuate' civilians from east - so far no one has crossed. A rebel mortar just landed 50 ft from us. No injuries thank God.


Confirmed - rebels are firing mortars into the checkpoint areas making it extremely dangerous to attempt to leave E Aleppo...

It is important to cite Western journalists present at the corridors dodging incoming mortars particularly because the incoming fire went otherwise unreported by the Western media. The Washington Post would allude to it in an article strategically titled, "Russia says Aleppo escape corridors under fire," in an attempt to make the claims appear to be baseless Russian propaganda. 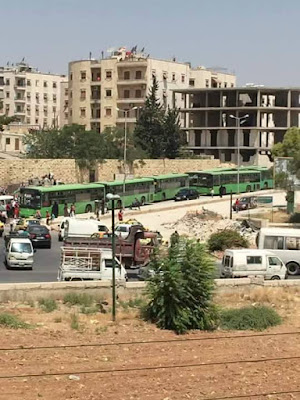 Then early this month, Russian helicopters came under fire by designated foreign terrorist organisation, the Islamic State in western Syria with Newsweek in its article, "ISIS Claims to Have Shot Russian Helicopter," claiming:


Russia’s Ministry of Defense confirmed militants hit one of its aircraft during a flight in Syria, but denied reports of any fatalities in the incident, Russian state news agency Itar-Tass reports.

And again, strategically, Newsweek decides to conclude its article by stating:


The Russian government has come under heavy scrutiny for not upholding a ceasefire agreement and continuing military operations in Syria, in support of the Assad regime.


Could these serendipitous setbacks for Russia simply be a coincidence? Or are they the manifestation of Western desires to remove Russia from the Syrian conflict by targeting its forces by proxy?

US Has Openly Threatened to "Covertly" Kill Russians in Syria

In 2015, former acting director of the US Central Intelligence Agency (CIA) Michael Morell would openly declare his desire to see Iran and Russia "pay a little price" amid the ongoing conflict in Syria. When interviewer Charlie Rose attempted to clarify Morell's comments by asking if he meant, "by killing Russians, by killing Iranians," Morell emphatically responded, "yes, covertly."

Morell justified this by making the incomprehensible comparison between America's illegal invasion of Iraq in 2003 and alleged Iranian support for militias fighting the US occupation, and the current conflict in Syria in which Russia and Iran are backing the legitimate government of Syria, upon Damascus' request. It should be noted that Morell's desire to "kill Russians" was never even so much as incomprehensibly linked to the 2003 invasion and subsequent occupation of Iraq.

Since his comments, and similar sentiments made throughout the entirety of America's foreign policy and media circles in 2015, there have been a string of incidents where designated terrorist organisations, either Jabhat Al Nusra or the Islamic State, have targeted Russian forces, particularly their aircraft and have done so using US and European missiles and rockets. In other words, Russians were being targeted and even killed, "covertly."

The real question for observers worldwide is, why would the US find itself at such odds with Russia regarding Syria to want to begin targeting and killing Russians?

The United States' official purpose for being involved in Syria is to fight the Islamic State.

Under the Combined Joint Task Force – Operation Inherent Resolve (CJTF–OIR), the United States' official mission according to US President Barack Obama is to:

...degrade, and ultimately destroy, [the Islamic State] through a comprehensive and sustained counter-terrorism strategy.

With Russian forces suffering losses fighting the Islamic State in Syria, it would appear that the US and Russia should be natural allies, yet they clearly are not.

That is either because the US believes Russia isn't truly fighting the Islamic State, despite losing one of their helicopters just this month while doing so, or because the US itself is not really in Syria to fight the Islamic State. The latter, is clearly the case, with US policy think tanks, American media op-eds and even US presidential hopeful Hillary Clinton declaring that their collective intent is the overthrow of the Syrian government, which Russia most certainly is not a party to. 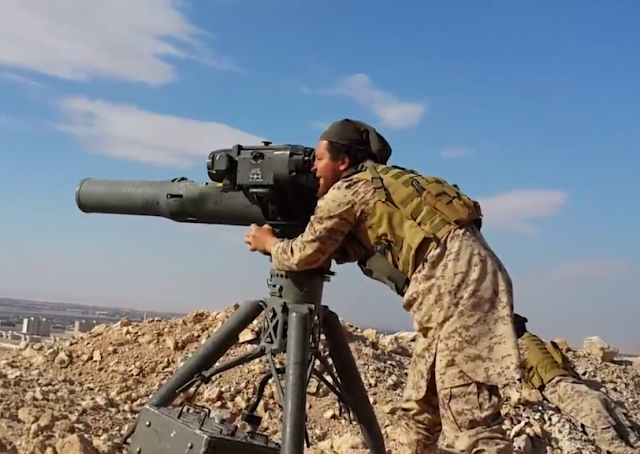 In essence, Russia's mortal sin is not allowing Syria to be rendered a divided, destroyed and ultimately failed state by the United States and its allies just as has been done to Libya and Iraq before it. So determined to dismember Syria, the United States is willing to "covertly" target and destroy forces openly engaged in combat against alleged enemies of the United States, including Al Qaeda's Jabhat Al Nusra Front and the Islamic State, enemies who just so happen to also be America's best bet for ousting the government in Damascus.

Understanding and communicating to the public the fact that each and every "covert" attack on Russian forces carried out by Al Qaeda affiliates and the Islamic State not only proves Russia is actually in Syria to combat terrorism, but it also further proves how the United States has used the excuse of fighting terrorism to hide its true agenda behind, rather than uphold as its primary mission.

In a sane world, Syria would never have been set upon in the first place, and those nations seeking to use terrorism as a geopolitical tool would instead be isolated and neutralised by a coalition including both Russia and America. In reality, however, terrorism is but one of many tools of US power used against Damascus in a long-planned bid to overthrow it, and Russia has responded in an attempt to stop these dominoes of chaos from falling, started in 2011 under the cover of the Arab Spring, and aimed ultimately right at Moscow's front door itself.