US once invaded, mass murdered, and terrorized the population of the Philippines, on a scale vastly dwarfing Duterte's "war on drugs." 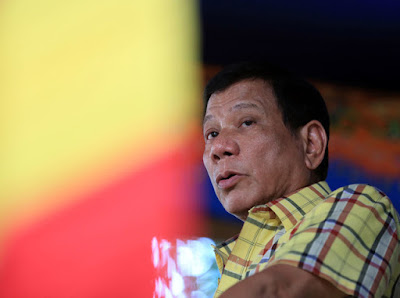 Philippine President Rodrigo Duterte is heading a controversial campaign against crime, embodied in his "war on drugs" which has led to violence spanning the nation's troubled urban centers. President Duterte's comments have ranged from reasonable, to utterly indifferent regarding fears of extrajudicial executions, vigilantism, and very real human rights abuses - opening a door of opportunity for his political opponents both at home and abroad.

President Duterte's inability to clearly condemn extrajudicial executions and vigilante violence, along with his inflammatory, provocative, even dangerously demagogic statements both invites further abuses, as well as both legitimate and opportunistic criticism of him, his administration, and his policies.

While legitimate criticism is both necessary and justified, it is undermined by disingenuous political opportunism, wielded by hypocrites who only stand to compound the Philippines' current crisis, not solve it.

While the United States would otherwise be justified and morally grounded in its criticism of President Duterte's administration, there are some current and past complications that reveal such criticism as stark hypocrisy, crass opportunism, and even the cynical political exploitation of abuse, rather than any genuine attempt to constructively address or stop it.

The most recent manifestation of America's feigned concern regarding the Philippines' ongoing campaign against accused illicit narcotic dealers was the blocking of a shipment of US-made rifles destined for Philippine police units. Some 26,000 rifles were on order before being blocked by the US Senate based on "concerns about human rights violations." 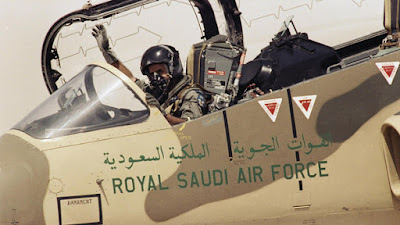 These concerns, however, have not prevented the US from selling billions of dollars worth of weapons, including warplanes, munitions, tanks, and helicopters to Saudi Arabia, who is using this vast US-made arsenal to oppress its own people and execute a war of aggression against neighboring Yemen. Saudi Arabia is also admittedly involved in arming and funding terrorist organizations in Syria and Iraq, including with US-made weapons - particularly anti-tank TOW missiles.

This hypocrisy exposes US "concerns" as merely politically motivated, designed to put pressure on Manila in an effort to reassert US influence over the Southeast Asian state. Not only has the US previously enjoyed greater influence over the Philippines since the end of World War II, but before the war, and for half a century, the United States literally controlled the Philippines as a US territory.

It seized the Philippines in a bloody 1899-1902 war that claimed the lives of over a quarter of a million people (some sources estimate over half a million), and initiated an occupation marked by brutality, oppression, and torture, including the introduction of water boarding (then called "water curing") conducted by the US as a means of attitude adjustment for local Philippine leaders.


It is ironic and telling that both water boarding and attempts by the US to maintain influence over the Philippines both persist to this day. Attempts by the US to predicate its desire to control Manila on "concerns about human rights violations" not only is bitterly ironic, it undermines those genuinely attempting to expose and stop real abuses taking place amid the Philippines' current crisis.

President Duterte has been able to insulate himself from criticism precisely because of US hypocrisy and meddling. Had independent, local activists and media platforms - networked with regional and international organizations - attempted to expose and rein in President Duterte's anti-crime campaign, it would have been immeasurably more difficult to dismiss the facts and continue with impunity.

The US has in essence discredited genuine human rights concerns by hijacking them for self-serving political objectives.

Extrajudicial executions, vigilante violence, and President Duterte's indifference, even defense of both, needs to be opposed - but by the people of the Philippines - not disingenuous, exploitative, and self-serving foreign interests who are not only notorious human rights abusers today - worldwide - but who have carried out campaigns of extermination, torture, and human rights abuses in the Philippines itself, as a foreign conqueror and occupier.

For President Duterte, it is more than possible for him to lead a more dignified and just campaign against criminals operating across the Philippines. Nations like Singapore have used stern, popular, but legitimate judicial measures to rein in the drug trade and organized crime, so can the Philippines. Doing so would close this door of opportunity President Duterte himself opened to the Americans, and leaves open with his current policies.