Sputnik International is a Russian-based media platform that has added depth and reach to the alternative media. 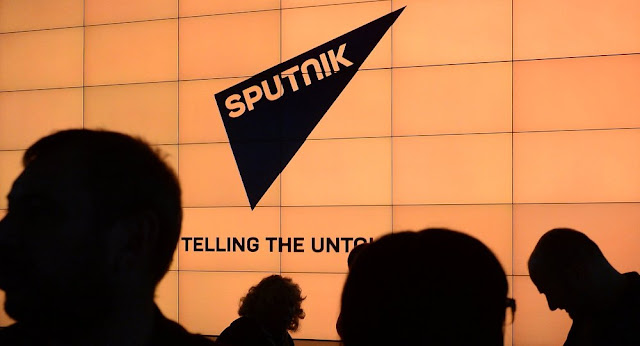 It was unfortunate then, to see their article, "Dislike: Thai Activist Arrested for Posting Unflattering Article About the King," which carelessly repeated Western media propaganda regarding Thailand.


Jatupat was detained for distributing a BBC Thai article claiming to be a "biography" of Thailand's new king and head of state, King Maha Vajiralongkorn. The BBC biography was rife with disinformation and slander aimed at undermining the new head of state's role in unifying and moving the nation forward after over a decade of political turmoil brought about by the US-European backed government of Thaksin Shinawatra and his sister Yingluck Shinawatra.


The BBC Thai itself was established in 2014 when the Shinawatra government was deposed from power amid massive street protests and a subsequent military coup. It has since sown the same deceptive and subversive disinformation the BBC is know for worldwide.

Sputnik's unfortunate article even goes as far as citing the BBC, as well as the US National Endowment for Democracy (NED) and Open Society-funded front, iLawFX.

The Folly of Repeating Falsehoods

Sputnik's article reports that Thailand possesses a "draconian lese-majeste law," but fails to note that the majority of jail sentences involve threats of armed subversion or assassination against Thailand's head of state and/or his family. Sputnik also reports that Jatupat has been arrested several times before, but again, fails to note that previous arrests took place under the very same circumstances Sputnik itself often reports on regarding Western-backed "colour revolutionaries" being arrested in Russia, Eastern Europe and across the MENA region.

Sputnik's article concludes by claiming the new king "has never been popular in the country," repeating almost verbatim disinformation disseminated by Western lobbyists for years in anticipation of the previous, and universally revered Thai head of state, King Bhumibol Adulyadej's passing.

Repeating such falsehoods alienates Sputnik International from the vast majority of Thai readers and viewers who would otherwise benefit from their alternative perspective and the multipolar world the vector sum of their work promotes. Each story Sputnik covers regarding Thailand is a potential opportunity to break through to this audience, but not if Sputnik is merely repeating the same Western disinformation already exposed and rejected by the majority of the Thai public.

Why Does the West Want to Undermine Thailand's Constitutional Monarchy?

The US and Europe see Thailand as one of several Southeast Asian states that can potentially be used to create a united front to encircle and contain the rise of China as a means of reasserting Western hegemony across Asia Pacific. Thailand's monarchy has for centuries unified the nation and prevented it from succumbing to European colonisation that consumed all of its neighbours without exception.

During the 20th and 21st century, the monarchy has been key to maintaining Thailand's sovereignty amid encroaching, US-dominated "globalisation." The West has worked ceaselessly through opposition groups and their own media to undermine and overthrow the Thai monarchy to remove this obstacle from the path of their regional ambitions.

Through careless reporting, Sputnik has turned an otherwise effective alternative media platform into an echo chamber for the very Western propaganda it was established to confront and refute. Perhaps the most unfortunate aspect of Sputnik's error is that one of their own, Andrew Korybko, wrote a deeply researched, accurate and effective analysis of Thailand's political crisis, including aspects of what he calls "hybrid war," in which the above mentioned "activist" and front he belongs to are a part of.

Had Sputnik's writers cited that instead of US-funded fronts and the BBC, they would have contributed to a constructive counterbalance to Western disinformation in Southeast Asia, instead of simply adding weight to it.