With the passing of Thailand's head of state, King Bhumibol Adulyadej, a universally revered cultural and pragmatic leader for the last 70 years, Thailand's enemies see an opportunity in what they perceive as a void in national unity. 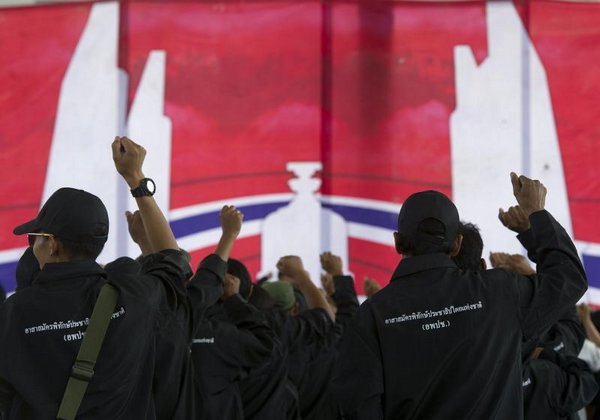 Throughout Washington's policy circles, several articles containing analysis have been circulated regarding an opportunity for "change" or a "New Thailand."

The least subtle of these articles is Foreign Policy magazine's "A Chance for Change in the New Thailand: Now that the king is gone, can Thailand’s opposition come together to challenge the ruling military junta?," which in title alone gives away the West's desire to foment the sort of "colour revolutions" and "regime change" it has backed around the world from North Africa to the Middle East to Eastern Europe and even Asia itself.

The article makes fundamental mistakes no real geopolitical analysis would make if informing readers was their goal. They are, however, mistakes one would make if they were advocating regime change and needed to create a false pretext with which to justify it.

the waiting game is now over. In a few months at most — following a period of mourning for the beloved king — the dust will settle and a new political landscape will come into being. In this new environment, the democratic opposition will be able to organize and mobilize far more effectively for a return to democratic rule. It will be able to capitalize on the unpopularity of the new king, mobilizing populations who were unwilling to challenge the junta and its royal mandate. It will also be able to unite various groups around common strategies and campaigns, now that the uncertainties of the referendum and the king’s health have passed. These campaigns might target the new centers of power, or use elections as mobilizing opportunities, or focus on uniting both major parties against the junta.

But of course, this will depend on the ability of civil society groups to bridge their divisions and unite behind a single banner: returning Thailand to democratic governance.

However, the so-called "democratic opposition" Foreign Policy deceptively refers to is in fact simply the supporters of Thaksin Shinawatra, who represent a small and dwindling minority amid Thai politics.

Even in 2011, when Shinawatra's sister took power, his political party garnered the support of only 35% of all eligible voters, failed to win even the popular vote and when in 2014 tens of thousands of protesters took to the streets to call for the resignation of his party from power, he failed to mobilise a street presence even remotely proportional in his own support.

Shinawatra himself was a categorically undemocratic figure himself who sought to create a single party government, actively eliminated his political enemies both through litigation and through assassinations as well as cultivated a violent street movement used to intimidate and coerce the population.


In 2006 he was ultimately ousted from power. In his place, and only under the guise of "democracy," Shinawatra would have his brother-in-law and even his sister take his place as prime minister. In actuality, Shinawatra's rule over Thailand resembled third-world banana republicanism, not "democratic opposition."

And since his ouster in 2006, he and his sponsors abroad, including the United States and Europe, have created for him the same recipe of foreign-funded fronts posing as nongovernmental organisations (NGOs), student groups, alleged pro-democracy media platforms and even armed groups required to seize back power and implement policies favourable to the West.

In reality, the majority of Thailand's population are either indifferent to the current political struggle, or are acutely aware of just how undemocratic Foreign Policy's "democratic opposition" truly is.

The single banner of "returning Thailand to democratic governance" is problematic when all involved knows that what Foreign Policy really means is returning a government to power loyal to both Thaksin Shinawatra and his foreign sponsors who have invested years and billions in lobbying and network building in him.

The Asian Game Board

Thailand is but one of several nations along China's peripheries that the United States and its European allies seeks to control and turn against Beijing in a bid to isolate Chinese interests, and eventually overthrow them within China proper.

It is no coincidence that Foreign Policy's supposed "democratic opposition" in Thailand is receiving funding from the US National Endowment for Democracy (NED) and Open Society, side-by-side with similar outfits in neighbouring Cambodia, Malaysia, Myanmar, Vietnam, Laos and Indonesia.

Putting pressure on, and if necessary, overthrowing non-compliant governments in the region has little to do with promoting actual democracy. For example, Myanmar's Aung San Suu Kyi who declared herself "State Counsellor," an office she literally created for herself upon her National League for Democracy (NLD) winning recent elections, has since ended up locking up journalists seen as overly critical of her regime all while continuing a brutal campaign of repression against Myanmar's Rohingya minorities.


Clearly, she is ever bit as undemocratic as the US and Europe claimed the government she replaced was. She, however, cooperates with Western designs both in Myanmar in regards to monopolising its people, resources and economy as well as using Myanmar as part of a wider, regional strategy in which the US seeks to reassert itself geopolitically.

In reality then, this "New Thailand" Foreign Policy magazine seeks the creation of is simply a Thailand devoid of its own, independent institutions and one that is run instead by deeply indebted, corrupt political parties and a network of front organisations masquerading as NGOs and "student groups" completely dependent on US and European financial and political support.

This incremental, systematic cultural and political colonisation of nations by the West and its various extraterritorial institutions requires an active and intelligent defence. Nations like Russia and China are reforming their NGO laws to eliminate organisations merely posing as "nongovernmental" and independent. They are also creating alternatives to platforms like Facebook and Google which are used to manipulate public perception from abroad.

Both nations also possess their own media organisations aimed at confronting and overcoming the din of propaganda generated by Western media, including righting the wrongs presented in publications like Foreign Policy.

If Thailand and other nations in Asia are able to put up this active and intelligent defence of their national sovereignty and regional stability, the second leg of America's "pivot toward Asia" will fail as miserably as its first.