3 Realities You Aren't Being Told About Afghanistan

US commander of US Forces Afghanistan (USFOR-A) General John Nicholson's December 2016 briefing was paradoxical and perhaps indicative of the bankrupted foreign policy that defines America's occupation in Afghanistan. 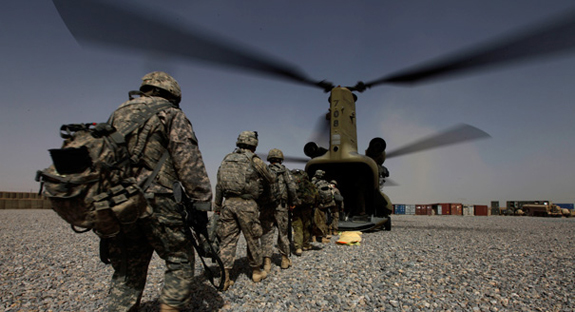 The briefing paradoxically claimed that America's proxy regime in Kabul it has attempted to prop up for the past 15 years is gaining strength and independence from US-NATO assistance, even as US Marines prepared to deploy back to Afghanistan's Helmand province for what the Pentagon announced will be years more of US troop rotations.

The Washington Post in an article titled, "Thousands of Marines fought in southern Afghanistan. Now, the service is going back," would report that:


About 300 Marines with a unit called Task Force Southwest will deploy, advising the Afghan army’s 215th Corps and Afghan national police with the 505th Zone. The forces will work in part from a large Afghan installation known during earlier Marine operations as Camp Leatherneck, but will be based in other locations and could face combat, senior Marine officers said Friday.


Senior Marine officials did not say why the service will take over the mission in Helmand, but it is expected that there could be several rotations of Marine task forces there in coming years.


In other words, promises of a US withdrawal from Afghanistan, promises that formed the foundation of political campaign promises for years, were made in vain with US troops facing an unending, futile commitment to occupying the Central Asian state for years to come, just as US troops did in Vietnam during the 1960s-1970s.

Likewise, claims by military commanders and US policymakers that Afghanistan's government is becoming increasingly "independent" defies even the most basic admissions the US military and government themselves provide in terms of statistics and US troop deployment schedules.

Like the now non-existent South Vietnamese government, the current Afghan government cannot sustain itself without a significant foreign presence, because despite the immense amount of monetary, military and political resources poured into it, it lacks legitimacy in Afghanistan itself where it matters most.


2. US Taxpayers Will Pay Twice for Afghanistan's Ineffectual Military

General Nicholson's briefing also revealed that the military assets US taxpayers have provided Washington's proxy regime in Kabul will essentially be rendered void since most of them depend on Russian parts and maintenance assistance no longer available under Washington's ever-expanding sanctions targeting Moscow.

General Nicholson, in response to a question during the briefing, would state:


...the Afghans traditionally had a core of MI-17 pilots who were trained on the airframe and some of them very experienced. So early before Crimea, Ukraine, before sanctions, there was international support for continuing with Russian-made airframes.

That all changed after 2014 and after those sanctions were imposed. So the issue now is the sustainment of that -- of that fleet to continue while we field a new fleet. President Obama forwarded to the Hill a request and the supplemental for purchase of UH-60 alpha model helicopters. So these helicopters will be modified with an improved drivetrain transmission so to enable them to operate better in the environment up there. But it will involve a transition for the pilots. 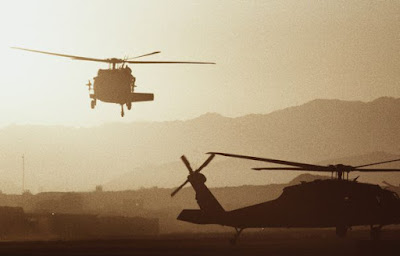 With this move, not only will pilots have to be retrained to fly the Black Hawks, but part inventories, airport infrastructure, supply chains, ground crew training and all other aspects necessary to sustain the Black Hawks will have to be established and maintained as well.

In essence, US taxpayers find themselves paying twice for helicopter transport capabilities with the Black Hawks costing drastically more - the entire plan costing hundreds of millions of dollars more according to Reuters - to support an Afghan military already struggling just to survive.

3. The US is not Fighting Terrorism in Afghanistan

During General Nicholson's briefing, he claimed that the US presence in Afghanistan persisted in order to defeat Al Qaeda and the self-proclaimed "Islamic State" (ISIS). However, it was clear that listening to his briefing, that the US-backed proxy regime in Kabul's primary threat was the Taliban.

General Nicholson berated Pakistan, Russia and Iran for what he claimed was their collective "malign influence" within Afghanistan. In particular, he condemned Russian and Iran for lending legitimacy to the Taliban.


Russia has overtly lent legitimacy to the Taliban. And their narrative goes something like this: that the Taliban are the ones fighting Islamic State, not the Afghan government.


However, General Nicholson strategically omits the fact that the US and some of its closest allies in the Middle East have lent the Taliban legitimacy as well, with the US attempting to negotiate with the group and its ally Qatar allowing the Taliban to open what is for all intents and purposes an embassy in Doha, Qatar's capital.

UK newspaper, The Times, in a 2011 article titled, "Taliban office in Qatar approved by US," would report that:


The US has given its blessing for the Taliban to be brought in from the cold with a critical step towards reconciliation as the world paused to mark the 10th anniversary of the 9/11 attacks.

Washington has endorsed plans for the Islamist network to open political headquarters in the gulf state of Qatar by the end of the year. The move has been devised so the West can begin formal peace talks with the Taliban.

More recently, the US State Department's Voice of America media platform in a December 2016 article titled, "Taliban Seeks Recognition for Qatar Office, Direct Talks With US," would report:


The U.S. State Department released a statement Friday that acknowledged American officials have seen the Taliban's statement, and appeared not to explicitly rule out the prospect of talks with the militant group.

"As we have long said, the only way to end the conflict in Afghanistan is through a peace and reconciliation process with the Taliban. We are ready to accept any political resolution of the conflict between the Afghan government and the Taliban so long as the outcome of any process ensures that the Taliban cease violence, break associations with international terrorism, and accept Afghanistan's constitution, including its protections for women and minorities," the statement said. 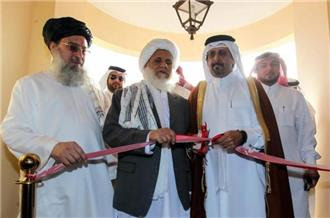 By recognizing the Taliban as a legitimate political movement, and with US allies affording the Taliban offices in their capital cities from which to bolster their legitimacy, the US, not Russia, has done the most to undermine its own narrative regarding the so-called "War on Terror" and the entire premise with which it justifies its continued presence in Afghanistan.

While the US claims that it is fighting Al Qaeda and the so-called "Islamic State" in Afghanistan, it is clear that the real battle it fights is against the Taliban and its control over the country vis-a-vis America's proxy regime in Kabul. The negotiated settlement it is trying to concurrently strike with the Taliban as its military campaign against the movement approaches two-decades, is both a bid to save its struggling proxy regime in Kabul, and an acknowledgement of the limitations of US influence in the region.

Coverage of America's ongoing presence in Afghanistan has dwindled within the US and European media specifically because the alleged narrative underpinning the occupation has diverged so drastically from reality. Over the next year, for those who carefully follow the conflict, the US will continue manufacturing excuses to remain in the country while it focuses on both negotiating with the Taliban and attempting to diminish them politically and militarily.

For the Taliban, time is on their side, and if General Nicholson's statements are true about the Taliban receiving protection and resources from abroad are true, then no amount of negotiations or military might within Afghanistan itself will render victory for Washington and its proxies in Kabul.