Following rhetoric regarding Europe's refugee crisis, one might assume the refugees, through no fault of Europe's governments, suddenly began appearing by the thousands at Europe's borders. However, this simply is not true. 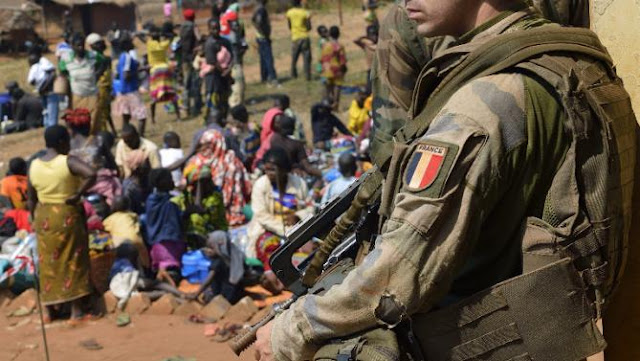 Before the 2011 wave of US-European engineered uprisings across the Middle East and North Africa (MENA) transformed into Western military interventions, geopolitical analysts warned that overthrowing the governments in nations like Libya and Syria, and Western interventions in nations like Mali and the Ivory Coast, would lead to predicable regional chaos that would manifest itself in both expanding terrorism across the European and MENA region, as well as a flood of refugees from destabilized, war-racked nations.

Libya in particular, was singled out as a nation, if destabilized, that would transform into a springboard for refugees not only fleeing chaos in Libya itself, but fleeing a variety of socioeconomic and military threats across the continent. Libya has served for decades as a safe haven for African refugees due to its relative stability and economic prosperity as well as the Libyan government's policy of accepting and integrating African refugees within the Libyan population.

Because of NATO's 2011 military intervention and the disintegration of Libya as a functioning nation state, refugees who would have otherwise settled in Libya are now left with no choice but to continue onward to Europe. 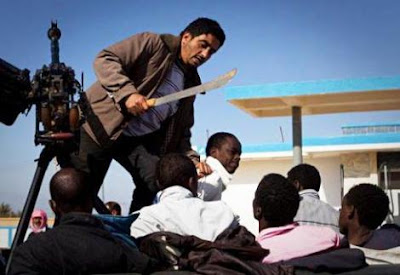 For France in particular, its politics have gravitated around what is essentially a false debate between those welcoming refugees and those opposed to their presence.

Absent from this false debate is any talk of French culpability for its military operations abroad which, along with the actions of the US and other NATO members, directly resulted in the current European refugee crisis.

France claims that its presence across Africa aims at fighting Al Qaeda. According to RAND Corporation commentary titled, "Mali's Persistent Jihadist Problem," it's reported that:


Four years ago, French forces intervened in Mali, successfully averting an al Qaeda-backed thrust toward the capital of Bamako. The French operation went a long way toward reducing the threat that multiple jihadist groups posed to this West Africa nation. The situation in Mali today remains tenuous, however, and the last 18 months have seen a gradual erosion of France's impressive, initial gains.

And of course, a French military presence in Mali will do nothing to stem Al Qaeda's activities if the source of Al Qaeda's weapons and financial support is not addressed. In order to do this, France and its American and European allies would need to isolate and impose serious sanctions on Saudi Arabia and Qatar, two nations who exists as the premier state sponsors of not only Al Qaeda, but a myriad of terrorist organizations sowing chaos worldwide.

Paradoxically, instead of seeking such sanctions, the French government instead sells the Saudi and Qatari governments billions of dollars worth of weaponry, proudly filling in any temporary gaps in the flow of weapons from the West as each nation attempts to posture as "concerned" about Saudi and Qatari human rights abuses and war crimes (and perhaps even state sponsorship of terrorism) only to gradually return to pre-sanction levels after public attention wanes.

The article would also note that Saudi Arabia's junior partner in the state sponsorship of global terror, Qatar, would also benefit from French weapon deals:


Hollande’s address was delivered one day after he was in Doha, where he signed a $7 billion deal that included the sale of 24 French Rafale fighter jets to Qatar, along with the training of Qatari intelligence officers.

In order to truly fight terrorism, a nation must deal with it at its very source. Since France is not only ignoring the source of Al Qaeda's military, financial and political strength, but is regularly bolstering it with billions in weapons deals, it is safe to say that whatever reason France is involved across MENA, it is not to "defeat" Al Qaeda. 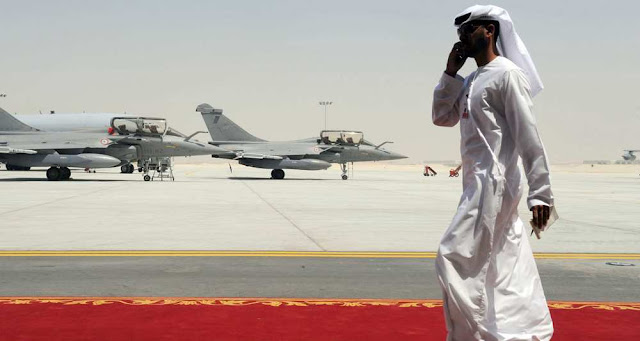 The refugee crisis that has resulted from the chaos that both Western forces and terrorists funded and armed by the West's closest regional allies, Saudi Arabia and Qatar, is a crisis that is entirely self-inflicted. The rhetoric surrounding the crisis, on both sides, ignoring this fundamental reality, exposes the manufactured and manipulative nature of French government and opposition agendas.

The chaos across MENA is so significant, and terrorism so deeply rooted in both Western and their Arab allies' geopolitical equations that even a complete reversal of this destructive policy will leave years if not decades of social unrest in the wake of the current refugee crisis.

But for anyone genuinely committed to solving this ongoing crisis, they must start with the US, European, and Gulf monarchies' culpability, and resist blaming the refugees or those manipulated into reacting negatively to them. While abuses carried out by refugees or locals are equally intolerable, those responsible for the conflicts and for manipulating both sides of this crisis are equally to blame.

Until that blame is properly and proportionately placed, and the root of the crisis addressed, it will only linger and cause further damage to regional and global security.