President-elect Donald Trump's "accidental" phone conversation with Taiwan's President Tsai Ing-wen was neither a gaff nor a decision Trump and his advisers unilaterally made. 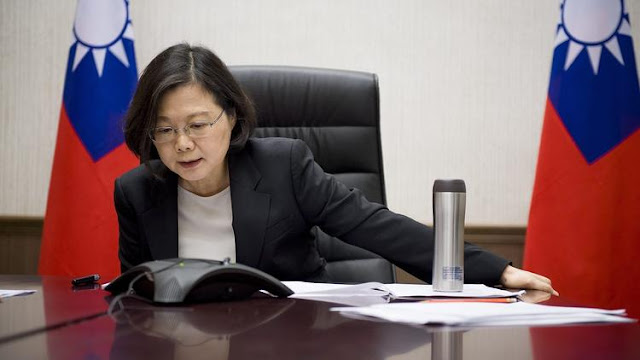 It is merely the latest evolution of US foreign policy in Asia Pacific amid the collapsing "Pivot to Asia" policy pursued under the previous administration of President Barack Obama.

Looking from an even wider perspective, both Trump and Obama's policies are merely the latest iterations of US policy over the last century aimed at encircling, containing and dominating not only China's rise upon the international stage, but in achieving, maintaining and even expanding American primacy over Asia.

The Washington Post in an op-ed titled, "Trump's Taiwan call wasn't a mistake. It was brilliant," would admit:


The phone call with President Tsai Ing-wen was reportedly carefully planned, and Trump was fully briefed before the call, according to The Washington Post. It's not that Trump was unfamiliar with the "Three Communiques" or unaware of the fiction that there is "One China." Trump knew precisely what he was doing in taking the call. He was serving notice on Beijing that it is dealing with a different kind of president — an outsider who will not be encumbered by the same Lilliputian diplomatic threads that tied down previous administrations. The message, as John Bolton correctly put it, was that "the president of the United States [will] talk to whomever he wants if he thinks it's in the interest of the United States, and nobody in Beijing gets to dictate who we talk to."

Use of the term "brilliant" here is, however, inappropriate.

US policy in Asia Pacific is predicated on decades of Washington presumptions that it, not any actual nation residing in Asia Pacific, should take and hold what US policymakers themselves refer to as "primacy" over the region. However, gradually over time, China as well as many nations described as "allies" of the United States, have incrementally moved out from under the long shadow cast from North America across the Pacific.


China, a nuclear armed nation with increasingly sophisticated conventional military capabilities as well as growing ability to project those capabilities throughout Asia Pacific, is already highlighting the limits of American power in the region. This will only grow more acute as time passes, and regardless of how "aggressive" the United States attempts to move now, the window of opportunity to reassert American primacy in the region is likely already closed. 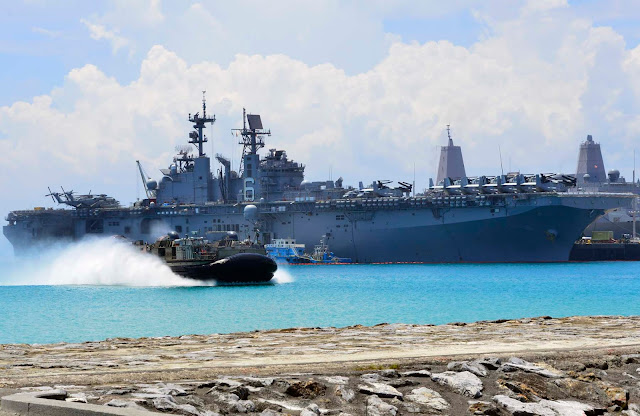 Other nations in the region, from South Korea to Japan, as well as the Philippines, have grown restless within their roles as "partners" with Washington in determining their own respective futures and fates.

Nations throughout Southeast Asia, including Thailand, Malaysia, Vietnam, Cambodia and Laos have sidestepped the worst of such entanglements with Washington decades ago, and today stand more independent and aligned elsewhere from Washington than ever. Many of these nations find themselves already more closely aligned with Beijing than they ever did with Washington.

With characters like John Bolton apparently involved in America's Asia Pacific calculus, it is no wonder the same brand of aggression unpopular with Americans at home and unrealistic in achieving anything abroad is already defining the "Trump administration."

However, with the "softer" "Pivot to Asia" an unmitigated disaster, perhaps those in Washington feel they have nothing to lose but to provoke China in hopes of forcing it to react and even to make the mistake of departing its patient game of waiting out an otherwise inevitably US retreat from the region.

China's "soft power" throughout the region operates on several levels the United States can never compete with. Chinese from the mainland migrating to Hong Kong, Taiwan and even as far as Singapore and vice-versa will in essence overwrite any remaining colonial proclivities these perceived Western enclaves may harbour. In time, no matter what the United States attempts to do, the "One China" policy will become a reality, and then some. 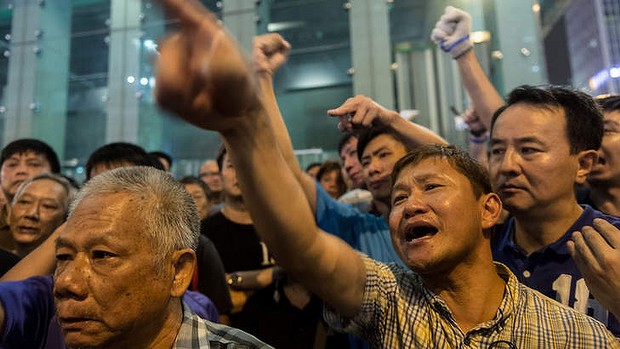 For Asia, regardless of the "new" provocative tack the United States appears to be taking, a new regional balance of power excluding Washington must be established. It must be one that ensures multipolar coexistence based on the primacy of national sovereignty, underwritten by economic, political and military power cultivated within each member state to keep the prospective extraterritorial ambitions of their neighbours in check, including China.

For China, it must resist using its power and wealth in the region in the same unwarranted manner the US has for over a century. Failing to do so will leave nations in the region no choice but to prolong America's eventually exit. In all likelihood, intentionally engineered provocations like Trump's "accidental phone call" are designed specifically to force Beijing into throwing around its influence in a way that will have nations seeking continued American "primacy" in the region for another century to come.