It was recently announced that US President Donald Trump selected US Army Lieutenant General Herbert Raymond McMaster as his National Security Adviser. 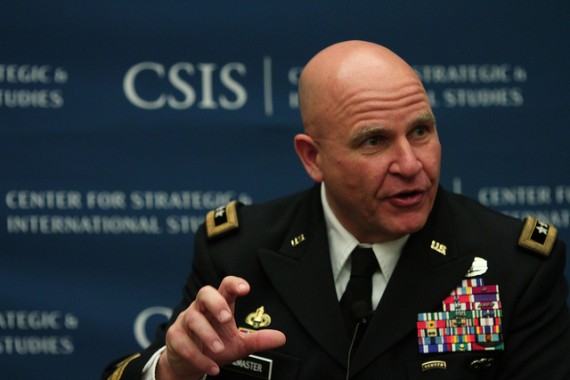 In reality, what President Trump has done, is select a man who will bring very little of his own thoughts with him to the position. Instead, he will - verbatim - repeat the talking points, reflect the agenda of, and serve the interests driving the collection of corporate-financier funded think tanks that devise - and have devised for decades - US-European foreign policy.

In a talk given at one such think tank, the Center for Strategic and International Studies - funded by corporations such as ExxonMobil, Hess, Chevron, and Boeing and chaired by individuals including President Trump's Secretary of State, Rex Tillerson and representatives from Lockheed Martin, Raytheon, and Betchel - General McMaster provides a well-rehearsed pitch collectively reflecting the worldview hashed out by not only the CSIS itself, but admittedly the worldview and objectives of the Brookings Institution, the Council on Foreign Relations, and a myriad of other special-interest driven policy think tanks.

The talk, published on CSIS' YouTube channel in May of 2016, features General McMaster in his military uniform accusing Russia of "invading Ukraine" and China of  "challenging US interests at the far reaches of American power." When describing China's "challenging" of US interests, he presents a map of China itself and the surrounding South China Sea - quite decidedly nowhere near the United States or any logical or legitimately proximal sphere of influence Washington could justify in maintaining.


General McMaster predicates allegations that Russia and China pose a threat to "US interest" abroad - not US national security itself - by challenging the post World War 2 international order - an order admittedly created by and for the US and its European allies, granting them military, sociopolitical, and financial unipolar hegemony over the planet.


He predictably lists North Korea and Iran as threats to the US as well, despite neither nation attacking the US nor possessing a desire or capability to do so. He accuses Iran in particular of "fighting a proxy war against us since 1979," referring to when Iranians finally, successfully overthrew the US-installed and buttressed brutal dictatorship of Mohammad Reza Shah Pahlavi in 1979.

General McMaster accuses Iran of "building militias" beyond the control of Middle Eastern governments to both support them but also to use as leverage against them - not unlike what the US has done both through occupation forces deployed across the region and state sponsored terror groups armed, funded, trained, and directed by the US and its Persian Gulf allies everywhere from North Africa to the Middle Eastern nations of Iraq, Yemen, Syria, and Lebanon. 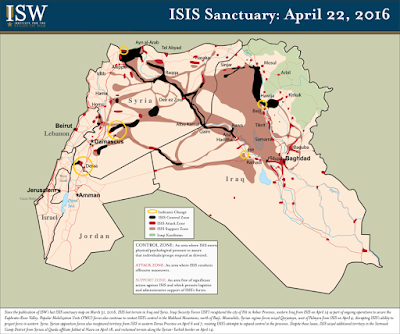 During his 2016, McMaster then moved on to address the self-proclaimed "Islamic State" (ISIS). He presents a slide of ISIS' territorial holdings clearly depicting supply lines running directly out of NATO-member Turkey, leading deep into Syria and Iraq, with a lesser line emanating out of US-ally Jordan. He makes no mention of the source of ISIS' fighting capacity, depicting the conflict in the similarly cartoonish manner US-European media presents it to the general public.

General McMaster presents to his audience a defense strategy based on "deterrence by denial, and deterrence at the frontier to ratchet up the cost [for] potential adversaries at the frontier," referring to regions of the planet thousands of miles from US shores where the US seeks to either maintain or reassert it power and influence, or to project its power into regions hitherto independent of Wall Street and Washington's influence.

President Trump's pick of General McMaster as National Security Adviser ensures that national security remains dominated by the corporate-financier funded think tanks that have devised, determined, and dominated US foreign policy for decades. Policy papers General McMaster repeatedly cites in every talk he gives, at one corporate-financier funded think tank after another, are the products of these very think tanks.

That General McMaster identifies Russia, China, and Iran as "threats" to the United States, not because they seek to harm the US within its territory or within any logical proximal sphere of influence, but simply for attempting to secure their own respective proximal spheres of influence from systematic and overt US subversion, influence, and encirclement, means a continuation of the destructive global spanning warfare seen under the administrations of numerous other presidents, including Presidents Obama, Bush, Clinton, Bush Sr. Reagan, and even Carter.

While the United States poses as a "democratic" nation, driven by the interests of its people, it is apparent that special interests on Wall Street and in Washington have a singular agenda that transcends both the presidents the people "elect," and the policies they believe they elected these presidents to carry out. That President Trump's supporters labor under the delusion that he will roll back US aggression and regime change worldwide, only to put in place General McMaster as his National Security Adviser - a man who openly and repeatedly supports the pursuit of American global hegemony - indicates that yet again the people have been deceived and that this singular agenda will move forward unabated.