US War on Islamic State Designed to Fail

Any US general providing candid views on fighting and winning a war admit the impossibility of victory as long as the source of an enemy's fighting capacity remains intact. 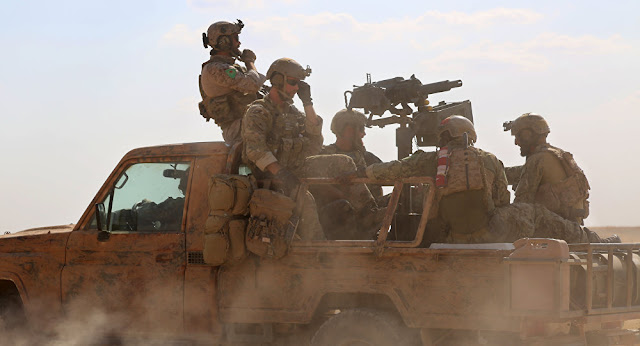 In fact, as an excuse for why the US is still struggling in Afghanistan over a decade and a half after initially invading the Central Asian state in 2001, US General John Nicholson blamed outsiders including Pakistan, Iran and Russia for aiding, abetting and harboring anti-US forces.

No amount of military might brought to bear on forces fighting the US within Afghanistan's borders can disrupt finances, recruitment, training, weapon supplies, logistics and refitting taking place beyond Afghanistan's borders and thus beyond the US military's reach. The United States suffered a similar problem during its prolonged occupation of Vietnam. North Vietnam, China and neighboring states provided support and safe havens for fighters in the south facing off against US troops and their South Vietnamese counterparts.

Despite killing up to 4 million people and dropping more ordnance on the region than had been dropped during the entirety of World War 2, the US ultimately failed to defeat North Vietnam or prevent the reunification and independence of the Vietnamese people.

Despite both a historical and contemporary example of futile warfare fought out of reach of the source of an enemy's fighting capacity, the US is presenting to the American public a "plan" to fight and defeat the so-called "Islamic State" in Syria completely ignoring the terrorist front's state sponsors.

The "Plan" To Defeat the Islamic State

The plan includes a possible expansion of US troops already operating illegally and uninvited in Syria. In the Guardian's article, "US military will retain core strategy against Isis as Trump mulls escalation," it states:

[US General Joseph] Votel, speaking from Jordan on Wednesday, said that one option to speed up a long-signaled attack on Raqqa was to “take on a larger burden ourselves”. Shouldering more of the task would mean US forces, conventional as well as special operations, bringing more artillery and logistics options to the fight.

Absent from US President Donald Trump's "plan," and from comments made by US commanders, is any mention of the source of the Islamic State's fighting capacity. No mention is made as to where they are drawing their fighters from, who is paying for and overseeing their training, arming, outfitting and continuous supplying of when finally they reach the battlefield, or how they have managed to fight the summation of Syrian, Iraqi, Iranian, Lebanese and Russian forces for years now. 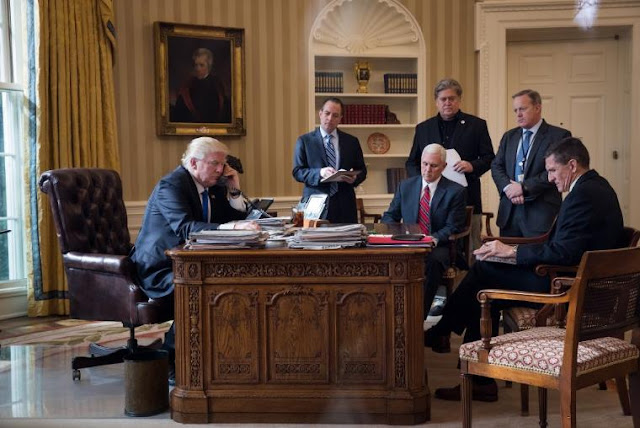 Unlike in Vietnam and Afghanistan, two theaters the US desperately sought or seeks victory over indigenous resistance and had openly and repeatedly accused neighboring states of aiding and abetting that resistance, the US has been strangely quiet during both President Barack Obama's and now President Trump's administrations regarding neighboring states aiding and abetting the Islamic State.


However, without addressing the very source of the Islamic State's fighting capacity, defeating the terrorist front will be difficult if not impossible.

A Pretext for US Occupation

A plan to place large numbers of US troops in Syria, without the Syrian state's consent and amid an intentionally unwinnable, open-ended war against the Islamic State will create a pretext for the long sought after defacto US occupation of Syria. It will also give the US the ability to carve out yet another "safe haven" within Syrian territory, complimenting NATO-member Turkey's in the north.

From these two locations, terrorist forces can and will be harbored, trained, armed, supplied and sent off deep within Syrian territory to further divide and destroy the Syrian state.

Far from mere conspiracy theory, such plans have been repeatedly articulated by US policymakers since at least as early as 2012, including a Brookings Institution paper literally titled, "Assessing Options for Regime Change" (.pdf). 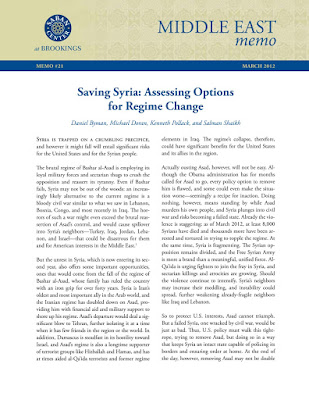 In it, the document clearly advocates a possible full scale US invasion and occupation of Syria, as well as the creation of what it calls "safe-havens and humanitarian corridors" that would be used not for any sort of actual humanitarian purpose but to further exert what the paper calls "coercive action."

The  paper also specifically mentions Turkey's role both in creating "safe-havens" and as serving as a base from which Syria is to be invaded and occupied.

The paper, written in 2012 under the administration of President Obama, depicts a strategy being reintroduced and expanded under US President Trump.

It represents not only a dangerous continuity of agenda, but a complete commitment by the special interests occupying Wall Street, Washington, London and Brussels to divide and destroy the Syrian state, a commitment that persists despite many setbacks.

A real "war" on the Islamic State would involve first and foremost the exposure, condemnation, isolation and destruction of its state sponsors who US intelligence and political circles have repeatedly admitted include interests within their own nation, as well as among their allies including Saudi Arabia and Qatar. Anything less indicates a rouse serving as nothing more than a pretext for an expanded US presence in Syria, not to fight and defeat the Islamic State, but to preserve it while attempting to further divide and destroy the Syrian state.