The RAND Corporation's recent piece titled, "Al Qaeda in Syria Can Change Its Name, but Not Its Stripes," all but admits what was already suspected about designated terrorist groups operating in Syria - that they are undergoing a transition in an attempt by their state sponsors to bolster their legitimacy and spare them from liquidation amid the shifting tides on the battlefield. 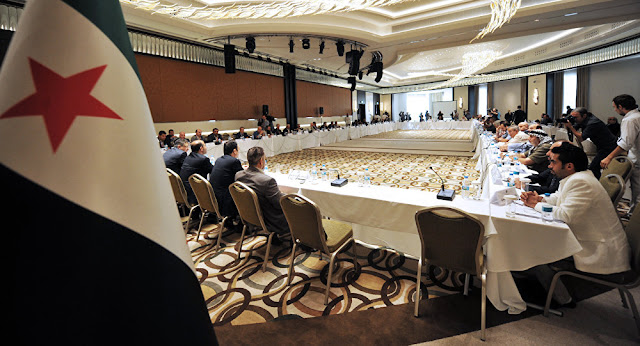 
Following recent infighting with other Syrian rebel groups in the northwestern part of the country, al Qaeda in Syria appears to have recognized the need to secure legitimacy and present itself to the civilian population it seeks to influence as an authentically Syrian entity.

However, this is not simply Al Qaeda's objective - this is the objective of the United States itself as well as the Persian Gulf states it funnels money and arms through, fueling Syria's destructive conflict since 2011.


The most likely scenario is that the change in nomenclature is merely an attempt to buy time and live to fight another day. Indeed, the rebranding has done nothing to slow down the group's operations tempo of conducting attacks.

And concludes by claiming:


Six years into the conflict in Syria, al Qaeda's presence in the country has never been stronger. And while most dismiss the notion of al Qaeda as a political entity in Syria, the same was said 30 years ago about Hezbollah — the Shia group that now holds seats in Lebanon's parliament and maintains a vast military wing. If jihadist groups linked to al Qaeda in Syria can succeed in rebranding themselves, they can take steps toward positioning themselves as political players if or when negotiations to end the civil war in Syria gain traction.

Clarke notes that militant groups fighting in Syria - being associated with Al Qaeda - has greatly complicated efforts by the US and its collaborators to fund, arm, and otherwise support their efforts in executing regime change against Damascus.

Hopes of playing a rhetorical shell game that is long and complicated enough to confuse the general public and produce a front ambiguous enough for the West and its regional partners to more directly and widely support is essential. While the overthrow of the Syrian government looks all but impossible at the moment, the US, Turkey, and various Persian Gulf states appear to be maneuvering to annex territory and place it under the control of these "rebranded" terrorist groups.

As previously noted, across the entirety of the Western media, there is a concerted effort to provide cover for what is the preservation of proxy groups fighting in Syria as the conflict draws to an end. Explaining away how these groups will find themselves protected safe havens abroad, or rehabilitate themselves into legitimate political fronts is merely the latest in a long line of ploys Western policymakers have used to pose as fighting terrorist organizations while simultaneously serving as their exclusive state sponsors. 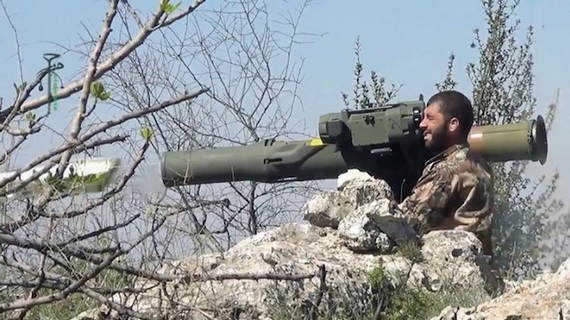 In reality, however "reasonable" the West's repetitive talking points may seem, the prospect of a "legitimate" political front composed of Al Qaeda terrorists is only a possibility if the United States and its regional allies provide it recognition. The prospect of Syria, Russia, Iran or other states outside Washington's sphere of influence recognizing the legitimacy of such an entity is unlikely.


However, considering the immense amount of resources provided to these terrorist organizations since their inception back in the 1980s by the West and its allies, the continuation of this support into the realm of political fronts seems all but inevitable. Yet the crisis of credibility the West has suffered as its project in Syria drags on will only expand if and when such a political front is established and lent legitimacy by the West and its allies.

It is ironic that while RAND cites Hezbollah as an example America's future Al Qaeda political front may follow, Hezbollah remains a designated terrorist group by the US State Department - despite the fact that the organization serves as one of the primary fronts waging war against both Al Qaeda and its spin-off, the self-proclaimed "Islamic State."

Geopolitically, the United States has painted itself into a corner where all options are bad options. Its various political ploys are now standing in direct contradiction of one another. The West has placed Islamophobic demagogues into office to further divide and distract their populations while the very governments these politicians pose as leading help establish a political front for Al Qaeda after having provided years of military, financial, and political aid to the terrorist organization on battlefields stretching from Libya to Syria and beyond.

Reading supposedly serious US policymakers and analysts attempting to claim an Al Qaeda-led political front holds any prospect of establishing legitimacy, after nearly two-decades of a so-called "War on Terror," is particularly surreal. For many, it serves to truly illustrate what terrorism actually is and how it fits into the geopolitical skill-set used by the United States in its pursuit of global hegemony. While the US has paid a high price for its failure in Syria in many regards, perhaps the exposure of its use of terrorism and the double game it has played - posing as enemy against while serving as sponsor for terrorist fronts like Al Qaeda - has cost it the most thus far.