Prominent American propagandist Howard French recently published a lengthy editorial in the Guardian titled, "Is it too late to save Hong Kong from Beijing’s authoritarian grasp?," in which he attempts to buttress an otherwise categorically false narrative surrounding an alleged indigenous struggle for democracy and independence within Hong Kong. 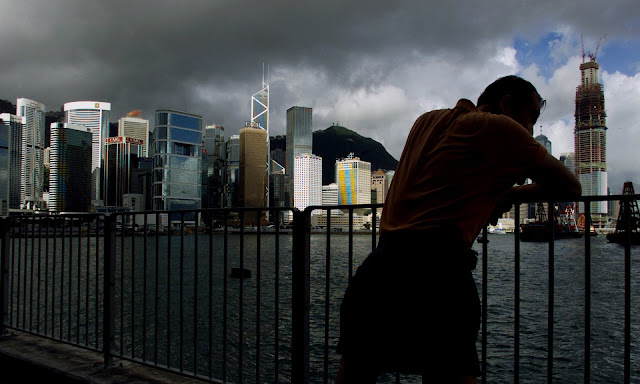 French attempts to hold China accountable for backtracking on an agreement made with Britain over the return of its own territory taken from it by force in 1841. He also attempts to portray Beijing's crackdown on US-UK subversion in Hong Kong as "authoritarian," never making mention of the extensive funding and meddling both the United States and the United Kingdom are engaged in within Chinese territory.

The article documents only one side of the so-called "independence" movement in Hong Kong, sidestepping any critical analysis of the colonial background of the ongoing political crisis or the neo-colonial aspects that shape current events even now.

The lengthy piece was paid for by a grant from the Pulitzer Center on Crisis Reporting, a Washington D.C.-based front that collaborates with the New York Times, PBS, NPR, Time Magazine and other mainstays of US propaganda. These are the same media outlets that helped sell the US invasion and occupation of Afghanistan and Iraq, as well as US-led attacks on Libya and US meddling in Syria beginning in 2011. By supporting French's work, they now help sell to the public a narrative that undermines Chinese sovereignty an ocean away from American shores.

The entire editorial, its contents, author and the special interests that paid for it as well as its placement in the Guardian, represent a continued and concerted effort to maintain an Anglo-American foothold in Hong Kong, part of the last vestiges of Western hegemony within Chinese territory.

The Truth About Hong Kong

Had Howard French penned an honest account of Hong Kong's recent political crisis, he would have included the extensive, some may say exclusive, control the United States and the United Kingdom exercised over an otherwise fictitious and impossible pro-independence movement.  Quite literally every leader of the so-called "Umbrella Revolution" is either directly funded and directed by the US and/or UK government, or possesses membership within an organisation, institution or front funded by Anglo-American money.

The notion that a teen-aged Joshua Wong was single-handedly defying Beijing is preposterous even at face value. He was but one cog of a much larger, well-documented foreign-funded machine aimed at stirring up conflict within Hong Kong, undermine Beijing's control of the territory and infect Chinese society as a whole with notions of Western-style "democracy." 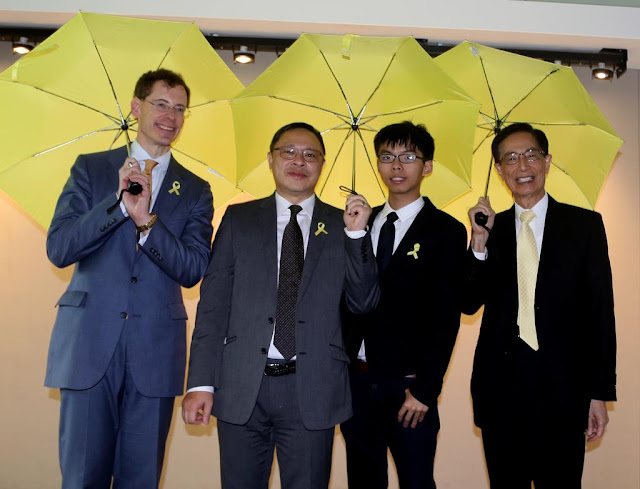 Just months before the 2014 "Umbrella Revolution," one of its leaders, Martin Lee, was literally in Washington D.C., before members of the National Endowment for Democracy (NED), pleading for material and political support for upcoming demonstrations. Toward the end of that same year, and despite NED denying Lee was a protest leader, Lee would find himself in the streets of Hong Kong leading the protests from the front shoulder-to-shoulder with Benny Tai and Joshua Wong.


Ironically, after the protests diminished and were finally pushed off the streets by both local police and impatient residents, Lee, Tai and Wong would be invited to Washington D.C. for a special event organised by NED subsidiary, Freedom House, dubbed, "Three Hong Kong Heroes." The three protest leaders, having attempted to shake off accusations of being Washington puppets, or even protest leaders altogether, would take to the stage with yellow umbrellas in hand.


Howard French, and others attempting to persuade Western audiences of their version of events in Hong Kong omit these critical facts regarding the foreign-funded and directed nature of the "pro-independence" movement. They do so intentionally, with French himself being a 2011 Open Society fellow, Open Society being one of several fronts the US has channelled money through in support of subversion in Hong Kong.

In reality, there is nothing "pro-independence" about the movement in Hong Kong. It is simply the latest in a centuries-long attempt by Western powers to project geopolitical hegemony into Asia and more specifically, upon China itself.

French's lengthy lament regarding China's "authoritarianism" captures what may possibly be frustration that Washington and London's tricks no longer work, and the more "Umbrella Revolutions" they attempt to organise against Beijing, the more familiar the Chinese public will be with them and subsequently, the more determined they will become to frustrate them.

Additionally, China's influence over Hong Kong and even across Asia as a whole, is stronger, more sustainable and continuously expanding versus waning Western influence. Spectacular political stunts like the "Umbrella Revolution" attempt to leverage global public opinion over which the US media still maintains considerable influence, but ultimately such strategies have been confounded by Beijing and are, in the long-term, unsustainable.

Hong Kong represents a past, strong bastion of Western colonial power, now struggling to maintain itself even as a minor regional foothold. Despite the efforts of manipulators like Howard French and media platforms that lend themselves to his disingenuous narrative, footholds like Hong Kong will continue to diminish until the last remnants of the West's colonial past are all but swept from modern geopolitics and permanently assigned to the pages of history.