Various aspects of relations between the two Asian giants, India and China, have been gaining increasing importance recently, since one’s understanding of these is imperative for the assessment of the larger geopolitical game. It can be easily stated that this year’s events did not bring any positive change to these relations. 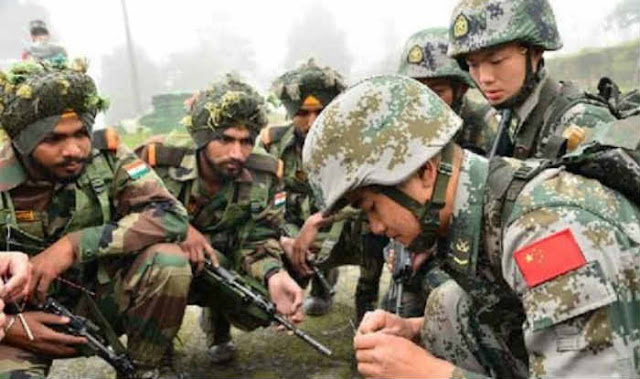 It curious that all sorts of bilateral official meetings are inevitably accompanied by positive public rhetoric and mutually friendly remarks, however, all of these fail to mask the ever widening divide between the two states.

For example, the Xinhua news agency’s recent message about the latest “strategic dialogue” meeting that was held by the two states last month, lacks any sorts of substance, by announcing that the parties agreed to deep cooperation in international and regional affairs.

Meanwhile, on the eve of the meeting, representatives of the Chinese Ministry of Foreign Affairs would state that the Indian side was going to raise, among other issues, such important questions as New Delhi’s prospects of joining the so-called “Committee 1267″ and “Nuclear Suppliers Group” (NSG).

The above mentioned “Committee” was formed to fulfill a number of the UN Security Council resolutions, including resolution 1267, which called on all international players to observe the sanctions regime against all entities representing ISIS (the Islamic State) and Al-Qaeda. For India, membership in this committee is of particular importance in connection with the problem of terrorism, which is being initiated from across the border with Pakistan. The latter, however, is a de facto Chinese ally, which explains the restraint that Beijing shows in discussing this particular issue.

As for the NSG created back in 1975, it oversees the international flow of fissile materials and nuclear technologies, seeking, in particular, to block their entry into the territory of those states that failed to sign the Treaty on the Non-Proliferation of Nuclear Weapons. Among such states one can find India, which has recently embarked on the road to sharply increase its nuclear power production capabilities, which increases the importance of its membership in the NSG.

The argumentation behind China’s restrained position on this issue looks flawless: it is first necessary to develop a common position among the current members of the NSG in regard to all states that have not signed the Non-Proliferation Treaty, and only then India’s case can be examined within the existing framework. 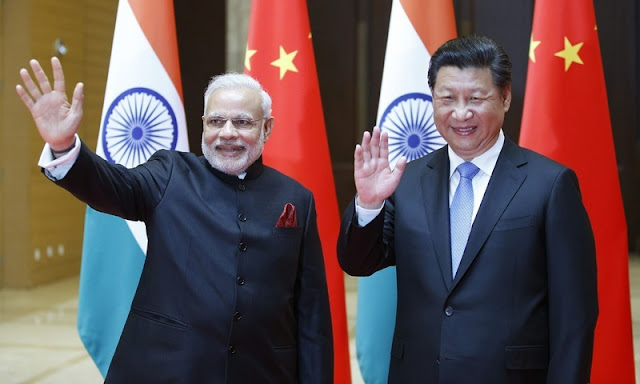 So, it’s highly likely that the recent bilateral meeting reminded like those that preceded it, featured the same arguments made and accusations voiced.

Both countries are carefully observing the military build-up of the other, while paying particular attention to the changes in defense spending. The defense budget of India has increased in 2016 by almost 10% compared to 2015.

However, even at its current level India is spending three times less than China on defense, with the latter planning to spend some 150 billion dollars this year, which roughly observes the existing GDP disproportion between India and China. It should, however, be noted that China’s main geopolitical opponent is not India, but the United States, so the Chinese military is being built in a way to survive a possible confrontation with the world’s leading power, not India.

At the same time, New Delhi remains fairly concerned over the ambitious project surrounding the China-Pakistan economic corridor, which will results in Chinese goods flowing across Pakistani territory, and Kashmir is going to become a part of this corridor too, in spite of India’s territorial claims there.

It has been previously noted that India is taking negatively all invitations to become a part of this corridor, even though Pakistan remains convinced that instead of creating obstacles, India would be better off by joining this project. In mid-February, a spokesman for the Pakistani Foreign Ministry announced that Islamabad observes “signs of attempted sabotage” in India’s behavior. If the Chinese media source known as the Global Times is to be believed, even though Beijing occupies a “neutral” position on the issue of the ownership of the lands of the former Kashmir, it is also convinced that New Delhi’s actions are counterproductive.

However, there are no positive changes in the Indian position regarding this project now and, it can be confidently asserted, there will be none in the future.

Perhaps the only sphere of Chinese-Indian relations in which one can trace any positive trend is in bilateral trade. Its total volume over the last two years reached an impressive level of 70 billion dollars. For India, this amounts to 10% of its total volume of foreign trade, which makes China its largest trade partner.

However, in doing trade with China, India finds a major disadvantage in the form of a huge negative balance, which is a common problem among the states that enjoy close economic ties with Beijing. The trade balance keeps deteriorating year by year, mainly due to a decrease in the volume of Indian exports. If back in 2015 the deficit in trade between India and China amounted to some 45 billion dollars, next year this sum increased by another 3 billion.

It’s curious, however, that Chinese analysts are examining this situation carefully and their articles have hinted at how India could address this situation.

On the part of China, there is generally a desire to build constructive relations with India, but, naturally, not at the expense of one’s own strategic interests, among which one can name the strengthening ties Beijing enjoys with Islamabad. However, in its “struggle for India” against Washington, China is clearly not prepared to surrender its position without a fight.

There is no doubt about the sincerity behind New Delhi’s desire to take part in large Chinese projects, including the notorious One Road, One Belt. Close cooperation can also be achieved in such mutually important areas as environmental protection and water resource management.

However, in the 70 years that have passed since the founding of the People’s Republic of China and the modern independent state of India, both states have already accumulated a considerable amount of mutual mistrust. However, no step has been taken by either side to overcome this obstacle aside from politically correct rhetoric, voiced by politicians on different levels.

All this does not add much optimism to one’s assessments of the state of bilateral ties that exist between the two Asian giants.

Vladimir Terekhov, expert on the issues of the Asia-Pacific region, exclusively for the online magazine “New Eastern Outlook.”