Saudi Arabia's king, Salman bin Abdulaziz Al Saud, has recently undertaken a sweeping tour of Southeast Asia in what the media and analysts are claiming is a bid to firm up economic and political ties with Muslim-majority nations in the region. 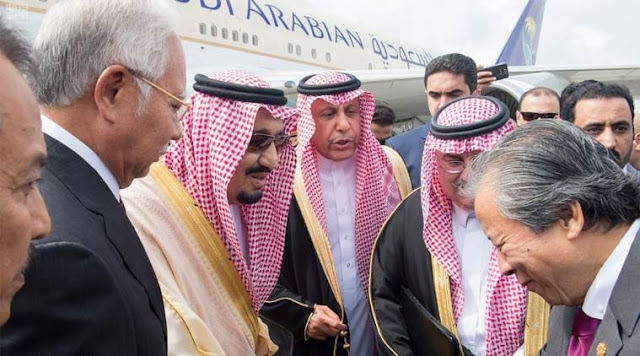 However, both the media and analysts are sidestepping or entirely omitting the role Saudi Arabia has played in fueling global terrorism, extraterritorial geopolitical meddling, and even divisive and terroristic activities the notorious state sponsor of terrorism has been implicated in across the planet including within Southeast Asia itself.


The Saudi monarch's rare month-long trip takes him to strategically important nations in the economically fast-growing region, with which Riyadh wants to deepen commercial engagement and socio-political ties.

DW would also report that:


Salman's visit to the Southeast Asian countries also underscores cooperative and mutually reinforcing ties between Muslim-majority countries and affirms the Islamic credentials as well as image of the governments of Malaysia and Indonesia...

However, Saudi Arabia indisputably represents perhaps the greatest danger to Islam on Earth. The brand of politicized religion propagated by Saudi Arabia both within its borders and well beyond them known as Wahhabism was initially created and is still used today to establish, maintain, and expand Saudi political influence behind a tenuous veil of religion.

Saudi Arabia as a protectorate of the United States, the United Kingdom, and other special interests across Europe, grants these nations a vector for power and influence through the use of Wahhabism in any nation it is allowed to take root and flourish.

In Southeast Asia specifically, Saudi-funded Wahhabi madrases dot Malaysia, Indonesia, and to a lesser extent elsewhere fueling extremism that often manifests itself politically against parties and political leaders the West seeks to coerce or replace.

In Myanmar, Saudi-funded terrorists are attempting to infiltrate the nation's Rohingya minority, turning the group's persecution into a regional security crisis and a pretext for greater US involvement, including US political and military expansion. 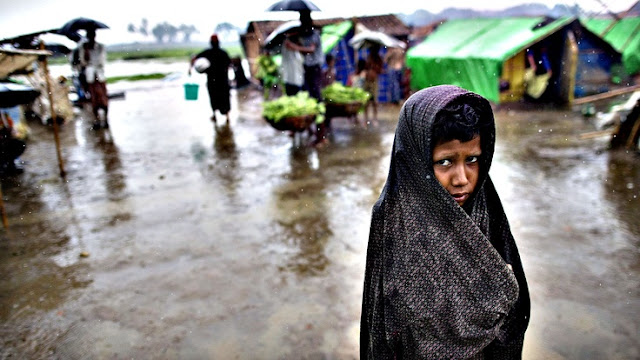 In reality, the United States and its Saudi proxies have no interest in the Rohingya beyond leveraging the crisis - nor does the US genuinely believe extremist infiltrators constitute a genuine security risk, The US does however seek to place a further wedge between Myanmar and China, and placing US military advisers in Myanmar to deal with a manufactured security risk Saudi Arabia is engineering serves that objective well.

The United States has repeatedly attempted to transform separatist violence in Thailand's southern most provinces into a religious-themed conflict to likewise put additional pressure on Bangkok and serve as a potential vector for introducing US military influence.

Just as US-Saudi meddling serves to disrupt Myanmar-Chinese relations, US-Saudi attempts to fuel terrorism in the Philippines and Thailand are also intended to prevent the two nations from strengthening ties with China at the expense of America's longstanding regional hegemony.

And in China itself, US-backed terrorism in the nation's western province of Xinjiang serves as one of several pressure points America maintains in an attempt to divide and overturn Beijing's influence both in the region and even within China's own borders.

While the majority of the population in Xinjiang - regardless of their religion or ethnicity - prefer stability and socioeconomic progress, the US has created, funds, and directs opposition groups to create political upheaval and serve as cover for organized terrorism carried out against both the people and government of Xinjiang province. 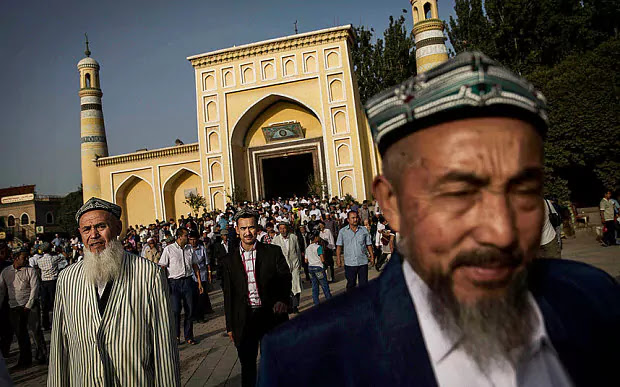 Xinjiang's extremist minority has also served as a recruiting ground for joint US-Saudi terror abroad, including in Syria where Uyghur terrorists were trafficked out of China, through Southeast Asia, and into Turkey where they would be armed and deployed into Syria itself.

Thailand's detainment and extradition of several suspects believed to be part of this terror pipeline became a source of serious political contention between Bangkok and Washington, culminating in a deadly bombing carried out in the center of Bangkok killing 20 and injuring many more - with all evidence suggesting it was carried out as reprisal for Bangkok's defiance.

In addition to Thailand's very public defiance of Washington's demands, the Southeast nation has been incrementally divesting from its Cold War ties to the US and building more diversified ties with China, Russia, and other significant centers of power across Eurasia. Finding additional points of leverage against Bangkok is essential for Washington, and using Saudi Arabia's talent for creating sectarian firestorms is a likely option.

The United States throughout decades of foreign policy have used Saudi Arabia as a means of laundering political support, weapons, and cash through when attempting to co-opt and use groups within Muslim-majority nations.

A stronger Saudi presence in Southeast Asia means greater opportunities for the US itself to tap into Muslim communities, cultivate extremism, and recruit human resources to use in destructive proxy wars across the planet, as well as across Southeast Asia itself.

Attempts to create religious divisions within the culturally diverse and tolerant populations of Southeast Asia have been ongoing for years but with little success. While it is uncertain whether a greater Saudi presence in the region can significantly improve the odds in Washington's favor, it is certain that tensions, chaos, and division will follow.

While some may argue Saudi Arabia is simply attempting to diversify its ties abroad with Salman's visit, the overt sectarian nature of his itinerary suggests otherwise. Without a concerted effort both regionally and within Southeast Asia's respective nations to expose and disarm this dangerous geopolitical weapon the US and Saudi Arabia are attempting to deploy, the unprecedented trip of Salman may be looked back upon as the calm before an "Arab Spring" style wave of chaos swept the region.