Singapore Bigot Granted Asylum in US: A Taste of Things to Come 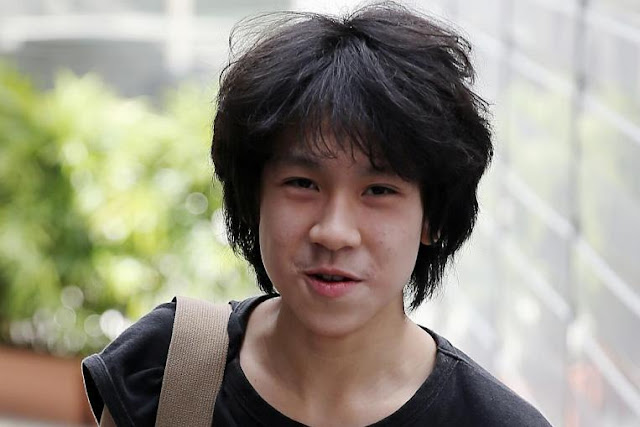 He is a young individual who, at 18 years old, was not particularly bright in school and possesses no practical talent or skill with which to contribute to society. Incapable of achieving positive attention based on his merit, he has embarked on a life of seeking negative attention based on his ability to agitate, insult and defame. Much of his behaviour bears the hallmarks of clinical narcissism and other forms of mental illness.

It is very likely that no one at all would have even heard of Amos Yee were it not for the constant attention provided to him by US and European media outlets as well as assistance provided to him by politically motivated "rights advocates" like Amnesty International. More recently, a US court has ruled that Amos Yee qualifies for political asylum in America.

An article published by Quartz titled, "A US judge has granted a Singapore teen blogger political asylum, calling him a “young political dissident”," would report:


A United States judge has granted asylum to Amos Yee, an 18-year-old blogger from Singapore, who has been jailed on two occasions for his public views on religion and politics. Yee came to the US in December under the visa waiver program and requested asylum before an immigration judge, expressing a fear of returning to Singapore.

Judge Samuel Cole approved his asylum, describing him as a “young political dissident” and saying that his “prosecution, detention and general maltreatment at the hands of Singapore authorities constitute persecution.”

It is perhaps ironic, however, that Amos Yee is not engaged in civilised discourse or legitimate political opposition in Singapore. Instead, he is engaged in the same sort of bigoted, divisive agitation used elsewhere around the world by Western governments to foment division, unrest and even catastrophic violence everywhere from North Africa to the Middle East, and from Eastern Europe to Southeast Asia. Had Amos Yee been attacking homosexuals, ethnic minorities or America's political principles, it is likely he would be labelled a bigot, be targeted by "hate speech" laws in the United States and otherwise silenced.

But because he is targeting a foreign state over which the US seeks influence, his otherwise intolerable agitations have been portrayed as "political dissidence."

Were Singapore more susceptible to such tactics and should the United States and Europe find more agitators like Amos Yee to prop up, unrest and even violence could once again take to Singapore's streets. Like yelling "fire" in a crowded theatre, the unconstructive rhetoric Amos Yee engages in serves only to divide and endanger society, not advance it in any civilised, progressive manner.


Agitators As Wedges Between a Nation and its Sovereignty

Amos Yee in Singapore, like his Western-backed sponsors elsewhere across Southeast Asia and even across the rest of the world, serve as one of many pressure points used to exert pressure on nations like Singapore, coercing them to take political tacks they otherwise would reject. The threat of incrementally portraying Singapore as a "despotic, abusive regime" and applying any and all measures such portrayals serve as a pretext for may be enough for Singapore to abandon its own sovereign policies both foreign and domestic and force the government to serve a role in the United States' wider regional ambitions.

Among these ambitions is the encirclement and isolation of China. Singapore has attempted to remain out of Washington-Beijing tensions, but has found itself embroiled in incidents including a recent row involving Singaporean armoured vehicles temporarily seized in Hong Kong as they transited between Taiwan and Singapore.

Prodding Singapore to engage itself more in provocations against Beijing either directly or by aiding and abetting US proxies along China's peripheries requires various forms of "motivation." What the US cannot provide Singapore in terms of economic, political or military assistance, it can provide in the form of threatened instability.

Amos Yee is only a taste of things to come in Singapore. Judging by similar troupes of agitators maintained by US State Department money in neighbouring Malaysia across the so-called "Bersih" movement, or in Thailand where US-funded agitators pose as "students" and "academics," Singapore can expect an incremental increase in the use of such tactics.

However, knowing this, Singapore can also prepare a defence against such tactics. As described in its Total Defence policy, social and psychological aspects appear to be direct references to countering threats posed by American so-called "soft power." Creating a coherent response to foreign-backed agitators and creating a media presence of equal or greater influence within Singapore and projecting Singapore's side of the story globally (as China, Russia and Iran have done with their respective international networks) could help blunt the influence agitators like Amos Yee.

Ultimately, it is not really Amos Yee that poses a threat to Singaporean society. It is the special interests he serves as a vector for from abroad. Identifying these threats and creating a deterrence against them is essential in maintaining stability in Singapore and across wider Asia.

For Singapore, any success it achieves in its own battle against foreign "soft power" should be shared with its regional neighbours. Successes by US soft power in neighbouring states, even if entirely frustrated in Singapore, will simply create larger bases of operation from which Singaporean agitators can operate, just as US-backed opposition forces have done in Thailand while targeting Myanmar, or in Cambodia while targeting Thailand.