Afghanistan: Why Did the US Deploy its Largest Non-Nuclear Ordnance?

Sixteen years onward and the US is no closer to its alleged goal of creating a stable Afghanistan free of terrorist organizations using its territory to stage attacks  regionally and globally. Thousands of US troops still remain in Afghanistan, attempting to prop up the disorganized, immensely corrupt regime Washington installed and maintains in the nation's capital of Kabul. Entire provinces of the nation remain under the control of groups opposed to both the regime in Kabul and its American sponsors. 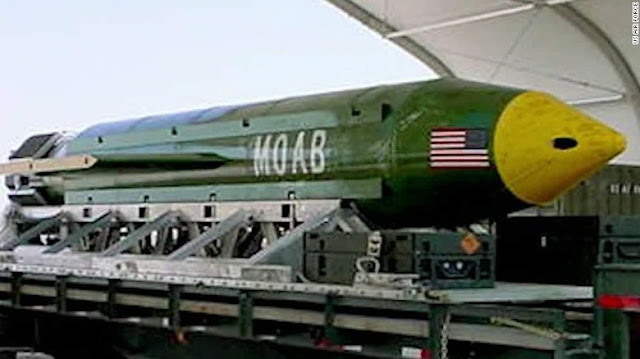 More recently, the US announced that it had deployed its largest non-nuclear ordnance in an operation it claims was targeting terrorists of the Islamic State organization.

The New York Times in an article titled, "U.S. Drops ‘Mother of All Bombs’ on ISIS Caves in Afghanistan," claims that:


The United States dropped the “mother of all bombs” — the most powerful conventional bomb in the American arsenal — on an Islamic State cave complex in Afghanistan on Thursday, the Pentagon said, unleashing a weapon so massive that it had to be dropped from the rear of a cargo plane.

The strike was the first combat use of what is formally named the GBU-43/B Massive Ordnance Air Blast. President Trump has bestowed additional authority on the Pentagon in his first months in office, which the military has argued will help it defeat the Islamic State more speedily. Mr. Trump did not say whether he had personally approved Thursday’s mission.

However, the narrative propagated by both the US media and the government that the US is attempting to "defeat the Islamic State more speedily" is fundamentally flawed.

It was the US, by its own admission, that sought the creation of a "Salafist principality" in eastern Syria, precisely where the Islamic State now resides. It was also admitted by the United States that its closest allies in the Persian Gulf, particularly Saudi Arabia and Qatar, constitute state sponsors of the Islamic State.

A genuine effort to defeat the Islamic State would require then, to first identify and eliminate the source of the terrorist organization's funding and fighting capacity. The US has demonstrably failed to do either, and instead continues using the terrorist organization as a pretext to maintain a global military presence to "fight" the group perpetually. Its military presence also coincidentally allows the US to continue confronting and undermining competitors seeking to establish an alternative, multipolar world order.

What Does the use of MOAB Mean for US Foreign Policy?

At face value, the use of such an immense ordnance by the US so many years after it began its military operations in Afghanistan in 2001, would appear to be a sign of desperation. That sixteen years onward, the US is still mired in combat operations fighting against multiplying terrorist threats including the Islamic State which previously did not exist in Afghanistan, indicates an absolute and total failure of US foreign policy in Central Asia.


However, considering the true nature of Washington's relationship with the Islamic State, including its participation in its creation and perpetuation, the use of the GBU-43/B weapon was more likely done for the benefit of "shocking" US enemies well beyond Afghanistan's borders. 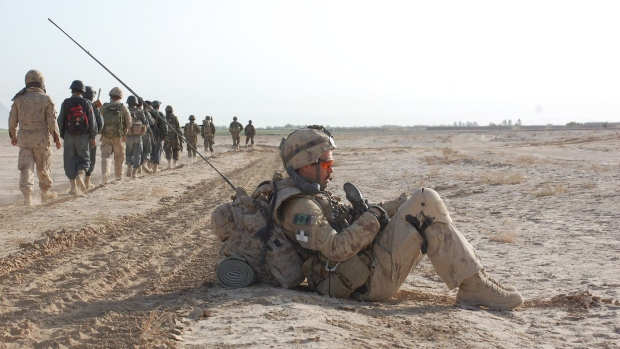 Having just summarily executed a unilateral strike in Syria with cruise missiles allegedly in retaliation for a chemical weapons attack the US has refused to formally investigate and had swiftly assigned blame on the Syrian government for, the use of the GBU-43/B seems to involve more showmanship regarding geopolitics than any strategic value for America's alleged fight in Afghanistan itself.

However, the use of the GBU-43/B requires infiltration into enemy airspace using cargo aircraft. These slow-moving aircraft would make easy targets for the air defenses of nation-states the US may be attempting to threaten. Thus, the threat may be a general indicator of America's willingness to escalate militarily by all means, not merely through the specific use of GBU-43/B weapons.

That the GBU-43/B devastates indiscriminately an area nearly 2 kilometers in diameter, according to the New York Times, and considering the United States' recent attempts to predicate its military action in Syria based on retaliation for using weapons of indiscriminate and mass destruction, US foreign policy is once again undermined by the nation's own transparent hypocrisy. In this regard, had the bombing in Afghanistan been meant to project some sort of coherent message to the global public, it has once again been lost due to America's own inconsistent policy.

Smaller weapon systems deployed by aircraft able to provide more accurate delivery versus enemy targets and provide better protection for American pilots are deemed by most military strategists as infinitely more effective. Thus, the use of America's largest ordnance in Afghanistan can be interpreted as propaganda, albeit clumsy propaganda, and not progress in its fight against "terrorism" in Afghanistan, or anywhere else for that matter.