From Syria to Korea: The Rush to Crush Multipolarism

A recent, unilateral, unjustified military strike on Syria by US cruise missiles, coupled with the deployment of a US naval fleet to the Korean Peninsula as well as terrorist attacks carried out by terrorist fronts worldwide associated with US-backed opposition groups signifies a worldwide push-back from Wall Street and Washington amid its crumbling "international order." 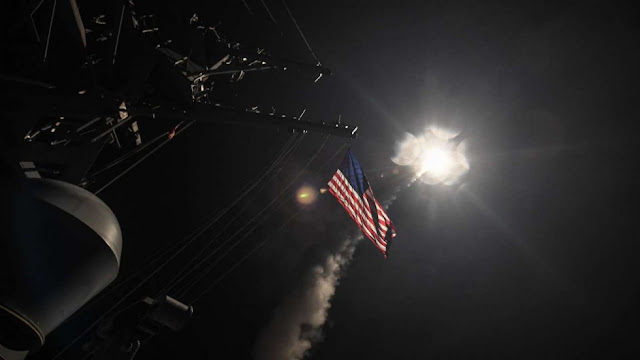 Like all hegemons before it, Wall Street and Washington have found themselves expending more time and resources maintaining their current geopolitical order than on either further expansion or domestic development. What has developed is a vicious cycle of aggression, conflict, and retrenchment. Throughout the process, there is the expenditure of irreplaceable political capital.

For example, while US policymakers rightly noted their "international order" built by and for Wall Street and Washington would suffer immensely had their attempts to overthrow the Libyan government in 2011 been reversed, their "success" was equally damaging. Before an increasingly capable world of alternative systems, blocs and an emerging multipolar order, the destruction of Libya and its current status as a failed state along with the protracted nature of the US campaign to topple the government was more a sign of growing weakness than a warning of American strength.

The subsequent conflict in Syria only reinforced suspicions of serious and growing American weakness. The conflict has dragged on for 6 years, and US attempts at regime change have been met by direct Russian military intervention along with a significant role played by another obstacle to US regional and global hegemony, Iran.

Such a scenario, 20-30 years ago, would have been unimaginable.

The recent missile strikes in Syria, then, were not a masterstroke of strategic strength and brilliance, but rather an act of desperation amid a crumbling policy within its crumbling "international order."

Analysts and policymakers the world over should not, however, get the impression that a retreating America poses no threat. On the contrary, the US in its current state of wounded pride, retracting influence and waning power is more dangerous than ever.

As the window closes on any possibility of a US-maintained order in the Middle East, attempts to permanently damage whatever remains and whoever presides over it becomes more tempting than ever.


While the US poses as "fighting" terrorist organizations like the "Islamic State" and other Al Qaeda affiliates, it has all but openly armed, funded, trained and supported these groups, including with, now, direct military intervention. Indeed, the military targets the US hit recently with its cruise missiles were engaged on the front lines against both the Islamic State and US State Department-designated foreign terrorist organization, the al-Nusrah Front.

Continued support for these terrorist groups either directly or through America's regional allies (Israel, Turkey, Saudi Arabia, Qatar and others), along with the persistent threat of unilateral military action in direct defiance of the very international law Washington claims its own "international order" is built upon, may be a grievous threat for years to come.

Along the peripheries of this conflict include Egypt who has also just recently experienced terrorist attacks aimed at dividing the nation along sectarian lines and undermining Cairo's ability to administer its own nation let alone participate in any meaningful way in any emerging alternative regional order.

Proxy War on the Korean Peninsula

North Korea poses little threat to the United States. Any first strike carried out by North Korea against either the US or South Korea would result in the immediate and absolute destruction of the isolated nation. Despite this reality, the United States has purposefully and disingenuously built it up into a national, even global security threat that conveniently requires an ever increasing military build-up both on the Korean Peninsula itself, as well as across the rest of East Asia. 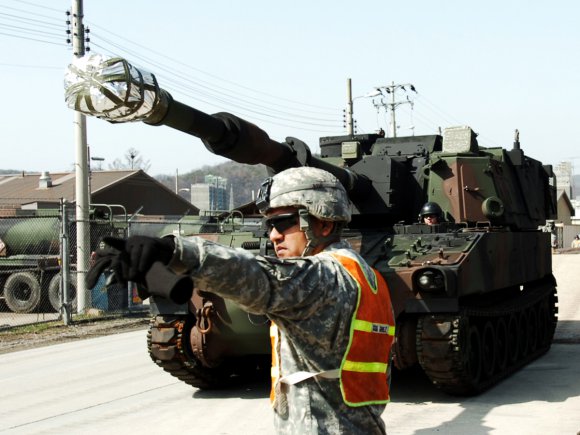 However, the Korean Peninsula is just one of several fronts amid the actual target of US ambitions, China and the ruling political order in Beijing.

In addition to the Korean Peninsula, the US is concentrating sociopolitical, economic and even covert terrorist pressure as far west as Afghanistan, Pakistan and China's Xinjiang province, all throughout Southeast Asia and even within Chinese territory, particularly in Hong Kong.

The elimination of North Korea as one of the remaining buffer zones between America's presence in the Pacific and Beijing has been a stated US geopolitical objective for decades (including during the Korean War). With the target actually being Beijing itself, efforts to solve the "Korean problem" without recognizing and dismantling America's unwarranted presence in the region will lead only to further conflict, not only in East Asia but all along China's peripheries.

American and European media sources have attempted to assign responsibility for America's recent aggression both in Syria and its posturing upon the Korean Peninsula to US President Donald Trump's own personal motivations and politics. However, nothing could be further from the truth.

The precise agenda of regime change in Syria stretches back decades, and plans to launch cruise missiles into Syria once it became apparent swift Libyan-style regime change was not possible was articulated across the entirety of the US foreign policy establishment as early as 2013.

Bloomberg, in a 2013 article titled, "Tomahawk Cruise Missiles Likely in U.S. Strikes on Syria," would exclaim:


Tomahawk cruise missiles are likely to be launched at night against hundreds of Syrian targets, including some of President Bashar al-Assad’s elite military units, if the U.S. and allies launch a military strike in retaliation for the use of chemical weapons.

Careless readers could easily mistaken the Bloomberg article from years ago for a current headline.

Likewise, US efforts to topple the government of North Korea stretch back for years. US-based think tank, the Council on Foreign Relations (CFR), would publish a 2009, 60-page report titled, "Preparing for Sudden Change in North Korea," in which scenarios for the full-scale invasion, occupation and subjugation of North Korea were laid out.

Today, President Trump is merely the latest politician to rubber stamp the most recent iterations of these policies, laid out publicly and repeatedly for years by policy think tanks representing the collective interests and ambitions of some of the West's largest corporations and financial institutions.

Conversations regarding the so-called "deep state" have revolved around talk of various bureaucracies and career administrators within the US government, however, more accurately, all of these, along with elected representatives, fall under a singular and truly gargantuan deep state, one emanating from Wall Street, not offices in Washington.

Thus, regardless of various popular narratives circulating across the Western press, US policy now is merely the continuation of a singular agenda pursuing global hegemony. As competing centers of power around the globe emerge and increasingly resist the United States, attempts to sweep these centers of power away increase in both number and desperation.

Genuinely responsible leadership in the United States or Europe would recognize the shifting balance of power and seek to maintain equity between nations. Instead, ruling circles of power in the West are attempting to unrealistically reassert hegemony at the risk of triggering catastrophic and destructive war. By doing so, they, at best, are only delaying the inevitable. And by doing so, they illustrate their inability to function as reasonable and constructive partners in the new, multipolar world order that is emerging, ensuring that they are the ones ultimately swept away.