ISIS Touches Down in the Philippines

Mayhem broke out across the southern Philippine city of Marawi where militants besieged it and hoisted flags of the so-called "Islamic State." Located on the southern island of Mindanao, the city is only slightly removed from Al Qaeda affiliate Abu Sayaff's primary area of operation on nearby Jolo and Basilan islands. 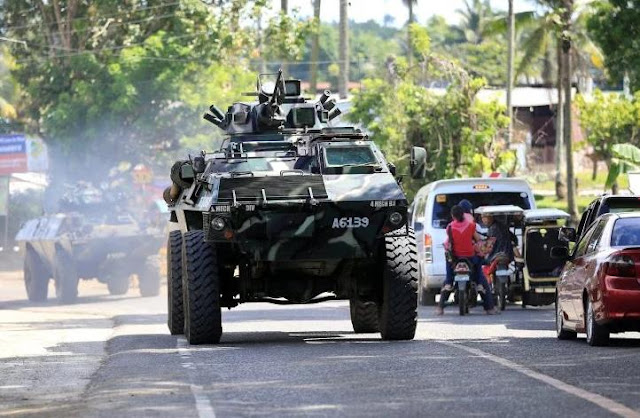 The UK Independent in an article titled, "Isis-linked militants take priest and churchgoers hostage in Philippines," would report:

President Rodrigo Duterte declared martial law in the south because of the militants' siege on the city on Tuesday and abandoned a trip to Russia to deal with the crisis.

Mr Duterte vowed to place southern Mindanao island, where Marawi is situated, and its 22 million residents under military rule for up to a year if necessary.


Troops are battling to contain dozens of militants from the Maute group, which pledged allegiance to Isis in 2015, after they escaped a botched security raid on a hideout and overran streets, bridges and buildings.

Two soldiers and a police officer are among those killed and at least 12 people have been wounded in the violence, seeing Maute fighters set fire to a school, a church and a prison.

The security crisis represents a seemingly inexplicable expansion of the Islamic State in Asia - even as the US and its allies claim the organization is being rolled back across the Middle East and its revenue streams are contracting in the wake of defeat.

Both the Maute group and Abu Sayaff are extensions of Al Qaeda's global terror network, propped up by state sponsorship from Saudi Arabia and Qatar, and fed recruits via a global network of likewise Saudi and Qatari funded "madrasas." In turn, Saudi Arabia and Qatar's state sponsorship of global terrorism for decades has been actively enabled by material and political support provided by the United States.

This arrangement provides for Washington both a global mercenary force with which to wage proxy war when conventional and direct military force cannot be used, and a pretext for direct US military intervention when proxy warfare fails to achieve Washington's objectives.

This formula has been used in Afghanistan in the 1980s to successfully expel the Soviet Union, in 2011 to overthrow the Libyan government, and is currently being used in Syria where both proxy war and direct US military intervention is being applied.


The Philippines is one of many Southeast Asian states that has incrementally shifted from traditional alliances and dependency on the United States to regional neighbors including China, as well as Eurasian states including Russia. 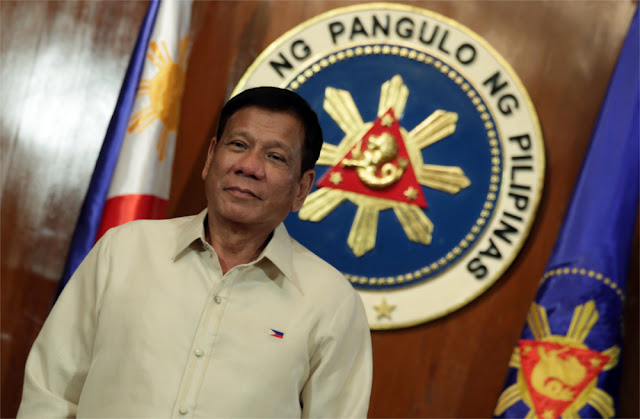 The Philippine president, Rodrigo Duterte, cancelling his meeting with Russia is a microcosm of the very sort of results Maute and Abu Sayaff are tasked with achieving in the Philippines. Attempts by the US to justify the presence of its troops in the Philippines as part of a wider strategy of encircling China with US military installations across Asia would also greatly benefit from the Islamic State "suddenly spreading" across the island nation.

Likewise, violence in Malaysia and Thailand are directly linked to this wider US-Saudi alliance, with violence erupting at each and every crucial juncture as the US is incrementally pushed out of the region. Indonesia has likewise suffered violence at the hands of the Islamic State, and even Myanmar is being threatened by Saudi-funded terrorism seeking to leverage and expand the ongoing Rohingya humanitarian crisis.

That US-Saudi sponsorship drives this terrorism, not the meager revenue streams of the Islamic State in Syria and Iraq, goes far in explaining why the terrorist organization is capable of such bold attacks in Southeast Asia even as Russia and Iranian backed Syrian troops extinguish it in the Middle East.

A US diplomatic cable leaked by Wikileaks dated 2005 would state:


Philippine officials noted their continuing concern about Saudi-origin terrorist financing coming into the Philippines under the cover of donations to mosques, orphanages, and madrassahs. Although three Saudi nationals suspected of being couriers had been detained on separate occasions, Saudi Ambassador Wali had intervened in each case to secure their release.


Yousaf Butt of the Washington-based US National Defense University would reveal in a Huffington Post article titled, "How Saudi Wahhabism Is the Fountainhead of Islamist Terrorism," that:


It would be troublesome but perhaps acceptable for the House of Saud to promote the intolerant and extremist Wahhabi creed just domestically. But, unfortunately, for decades the Saudis have also lavishly financed its propagation abroad. Exact numbers are not known, but it is thought that more than $100 billion have been spent on exporting fanatical Wahhabism to various much poorer Muslim nations worldwide over the past three decades. It might well be twice that number. By comparison, the Soviets spent about $7 billion spreading communism worldwide in the 70 years from 1921 and 1991.

The leaked cable and reports by Western analysts when taken together, reveal that Saudi-funded madrasas in the Philippines are directly fueling terrorism there. 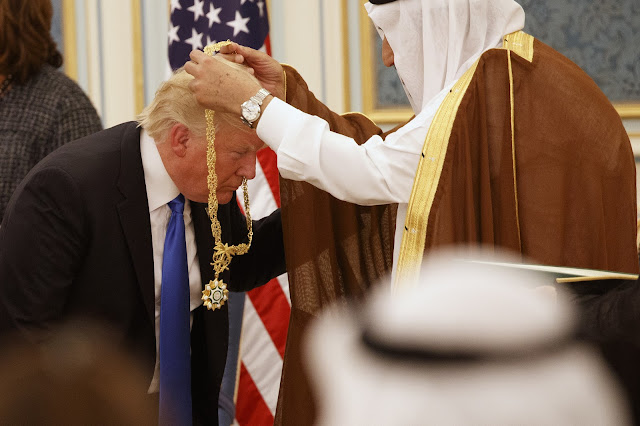 The answer to why is simple.

With US President Trump announcing a US-Saudi alliance against terrorism - the US has managed to strategically misdirect public attention away from global terrorism's very epicenter and protect America's premier intermediaries in fueling that terrorism around the world.

The Philippines would be unwise to turn to this "alliance" for help in fighting terrorism both the US and Saudi Arabia are directly and intentionally fueling.

Instead - for Southeast Asia - joint counter-terrorism efforts together and with China and Russia would ensure a coordinated and effective means of confronting this threat on multiple levels.

By exposing the US-Saudi role in regional terrorism - each and every act of terrorism and militancy would be linked directly to and subsequently taint the US and Saudi Arabia in the hearts and minds of Southeast Asia's population.

This paves the way for a process of exposing and dismantling US-Saudi funded fronts - including Saudi-sponsored madrasas and US-funded NGOs - both  of which feed into regional extremism and political subversion. As this unfolds, each respective nation would be required to invest in genuine local institutions to fill sociopolitical and economic space previously occupied by these foreign funded fronts.


Until then, Asia should expect the US and its Saudi partners to continue leveraging terrorism against the region. If unchecked, Asia should likewise expect the same progress-arresting instability that has mired the Middle East and North Africa for decades.