US President Donald Trump's support came in no small part from those Americans who believe terrorism, and more specifically, "Islamic" terrorism pose an existential threat to the United States and the wider Western World. 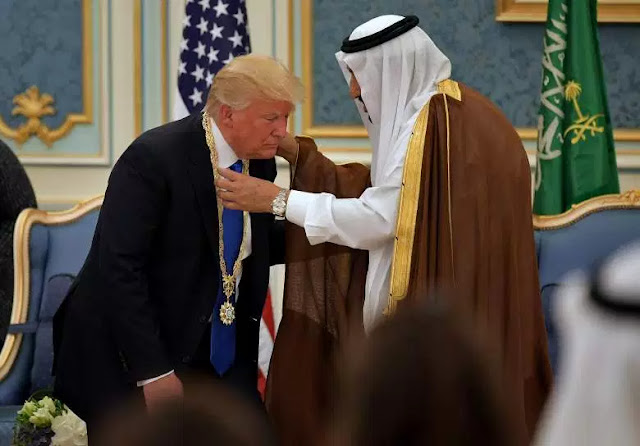 It is curious then that President Trump's first trip abroad was to Riyadh, Saudi Arabia, the sociocultural source code of the very extremism infecting both the Middle East and North Africa (MENA) as well as the wider, global extremism it inspires and fuels everywhere from Southeast Asia, western China and even in the streets of North America and Europe.

Far from a geopolitical gaff, US associations with Saudi Arabia and their mutual link and contribution to (not fighting against) terrorism is increasingly becoming an embarrassing, "open secret."

It was the US Defense Intelligence Agency in a 2012 memo leaked to the public that revealed the creation of terrorist organizations like the Islamic State (referred to in the memo as a "Salafist principality") were encouraged by "the West, Gulf countries, and Turkey."

Leaked emails from former US Secretary of State and 2016 US presidential candidate Hillary Clinton would include direct references to Saudi Arabia and Qatar in regards to their complicity in arming the Islamic State. More specifically, both nations were accused of, "providing clandestine financial and logistic support" to the Islamic State.

While the US postures to the world as engaged in a global war on terrorism, it is clear that those nations in the Middle East cooperating closest with Washington are in fact those also perpetuating this seemingly endless war. Why?

It turns out that perpetual war is a lucrative affair in both terms of acquiring wealth and power. It is this equation of wealth and power that takes precedence, even at the expense of narrative continuity and political legitimacy.

Was President Trump's visit to Riyadh to deliver a stern warning regarding its extensive history of state sponsorship of terror? On the contrary. It was to seal an unprecedented weapons deal with Saudi Arabia amounting to an immediate $110 billion, and $350 billion over the next 10 years, according to the New York Times.

The New York Times also revealed the participants in the massive arms deal to include Lockheed Martin. 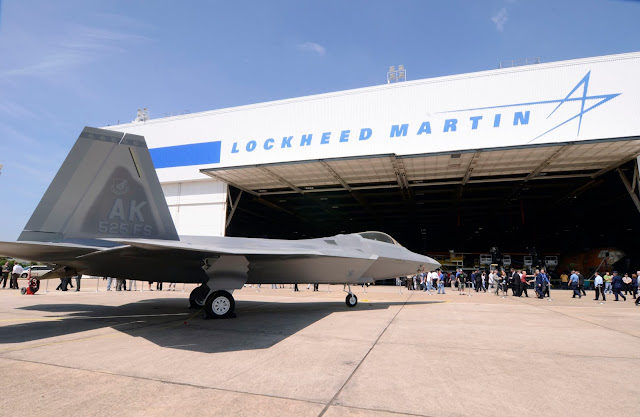 It was no surprise then that US policy think tanks like the Washington-based Center for Strategic and International Studies (CSIS) encouraged members to submit op-eds praising President Trump's trip to prominent US and European media sources including The Hill.

The Hill's op-ed, "Trump gets it right in Saudi Arabia," for example, was penned by Anthony Cordesman, a CSIS member. His op-ed would conclude by passionately arguing:


This speech is the right beginning — in remarkably well crafted terms — and it deserves bipartisan and expert respect.

It is no surprise considering the sponsors who keep the lights on at CSIS and Mr. Cordesman in a job. The think tank's most prominent corporate donors include Boeing, General Dynamics, Northrop Grumman and, most telling of all, Lockheed Martin. It is also sponsored by Saudi Aramco, the central nexus of the US-Saudi petrodollar network propping up what many think tanks call the US-led "international order."


Governments that donate to CSIS include the United States and Saudi Arabia itself. Together, corporate and government donations account for over 60% (34% and 27% respectively) of CSIS' overall funding, according to its 2016 annual report.

Of course, a man's "opinion" of President Trump's visit to Saudi Arabia, including a multi-billion dollar arms deal favoring Lockheed Martin, will be positive, when the organization he works for is funded directly by both Lockheed Martin and the government of Saudi Arabia.

It is an example of  how the media in the United States actually works and how special interests, not the "truth," shape narratives and drive agendas in complete contradiction to reality and the best interests of the vast majority on the planet.

Threatening America's "international order" are competitors that exist independent of or even opposed to Washington and its corporate partners both on Wall Street and in Riyadh.

This is why US President Trump praised Saudi Arabia, a nation that serves as a virtual model for the Islamic State, and condemned Iran whose forces have fought for 6 years against both the Islamic State and Al Qaeda affiliates who have flooded into Syria and Iraq.

Clearly, based on the fact that the US' closest ally in the Middle East is also one of the worst human rights offenders on the planet and the premier sponsor of global terrorism, ideological and humanitarian concerns are strictly a rhetorical facade.

It was never about ideology, humanitarianism or truly fighting "terrorism." It is not a matter of "good and evil." It is as simple dollars and cents, Saudi riyals, oil and arms and maintaining hegemony across a region and upon a planet to prevent this wealth and influence from being usurped either by a competitor of equal footing or a general trend toward multipolar geopolitical decentralization.

The media is awash in politically-oriented rhetoric attempting to divide and distract the public along strictly political lines. The common denominator among all of this propaganda is the fact that all of the narratives, no matter how apparently contradictory, conveniently allow the singular agenda of amassing dollars, oil and arms in pursuit of global hegemony to move forward.

As this very simple reality is understood and acted upon by more people than pay into this prevailing political facade that perpetuates it, multipolar geopolitical decentralization will continue to incrementally replace this current US-dominated "international order."