While the US claims recent sanctions targeting Russia are based on alleged Russian interference in last year's US elections, a careful examination of US policy post-Cold War reveals a systematic campaign aimed at undermining Moscow, encircling Russia and attempting to overturn the current, prevailing political order there in favor of one dominated by US interests. 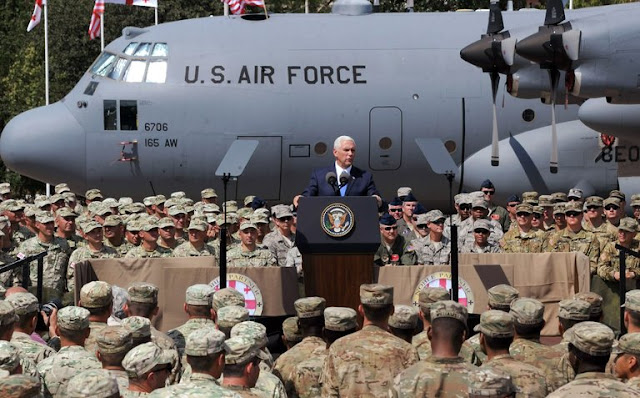 At each step, various excuses are concocted, mainly to mesh with current political narratives embedded within public perception at any given time. Currently, playing left and right-leaning Americans against one another regarding the 2016 election and still-unproven allegations that Russia played a hand at tipping the election in President Donald Trump's favor helps sell this most recent move made toward undermining Russia.

Under US President Barrack Obama, accusations that Russia instigated violence in Ukraine after a NATO-backed coup overthrew the elected government in Kiev served as justification for various rounds of sanctions targeting Moscow.

The expansion of NATO itself is a violation of commitments made to Russia post-Cold War. While publications from policy think-tanks like the Brookings Institution attempt to claim otherwise, it is clear that Russia was opposed to NATO's continued eastward expansion post-Cold War, and was willing to cooperate with the US and Europe on a variety of issues as long as NATO didn't do so.

Brookings, in a piece penned by Steven Pifer titled, "Did NATO Promise Not to Enlarge? Gorbachev Says “No”," claims that promises made to Russia about limiting NATO expansion were made only in regards to Germany after reunification.


The agreement on not deploying foreign troops on the territory of the former GDR [German Democratic Republic] was incorporated in Article 5 of the Treaty on the Final Settlement with Respect to Germany, which was signed on September 12, 1990 by the foreign ministers of the two Germanys, the United States, Soviet Union, Britain and France. Article 5 had three provisions:

1. Until Soviet forces had completed their withdrawal from the former GDR, only German territorial defense units not integrated into NATO would be deployed in that territory.

2. There would be no increase in the numbers of troops or equipment of U.S., British and French forces stationed in Berlin.

3. Once Soviet forces had withdrawn, German forces assigned to NATO could be deployed in the former GDR, but foreign forces and nuclear weapons systems would not be deployed there.

Pifer claims that, "it is clear that the secretary general’s comments referred to NATO forces in eastern Germany, not a broader commitment not to enlarge the Alliance."

Pifer's conclusion is repeated on NATO's website itself under the title, "NATO enlargement and Russia: myths and realities," but fundamentally and very intentionally omits a very important point: if it was so important to Russia that additional NATO forces were not deployed in Germany and that no foreign forces could be deployed to the former GDR, why would Russia find it acceptable for other former territories to host foreign troops as part of NATO expansion? The answer is obvious. Russia would not find it acceptable.

That the US and NATO agreed on this arrangement regarding Germany illustrates that US and European policymakers understood wider NATO expansion would also be perceived as a provocation.

Since the reunification of Germany however, many more nations would be infiltrated by NATO-backed opposition fronts, their pro-Russian governments overthrown and subsequently made NATO members. This includes Czech Republic, Hungary, Poland, Bulgaria, Estonia, Latvia, Lithuania, Romania, Slovakia, Slovenia, Albania, Croatia and Montenegro. Nations like Georgia and more recently, Ukraine, have had their governments overturned and are on a path toward NATO membership. 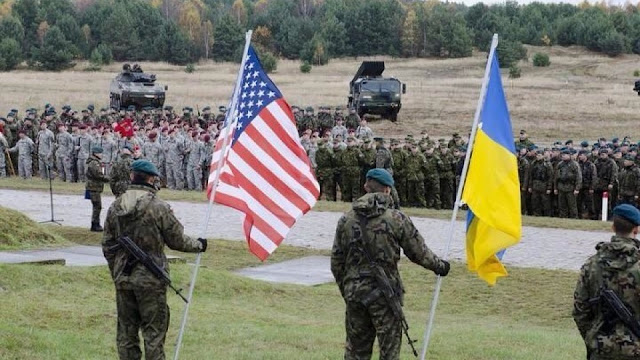 Knowing that NATO's expansion, including directly along Russia's borders, would be perceived as a provocation, but undertaking this expansion anyway indicates that policymakers driving NATO are disinterested in peace and stability and instead seek confrontation and conflict. In the Balkans and more recently in Ukraine, such conflict has exacted a terrible toll on both Europe and Russia not to mention those caught up directly in the fighting.

It was ironic that the likely passing of new sanctions against Russia was announced by US Vice President Mike Pence while giving a speech in Georgia, a nation that has received extensive US-backing in a bid to place yet another NATO member directly on Russia's borders.

In 1972, according to the US State Department, the Anti-Ballistic Missile Treaty was signed, outlining limitations to anti-ballistic missile systems. The State Department notes:


In the Treaty on the Limitation of Anti-Ballistic Missile Systems the United States and the Soviet Union agree that each may have only two ABM deployment areas,1 so restricted and so located that they cannot provide a nationwide ABM defense or become the basis for developing one. Each country thus leaves unchallenged the penetration capability of the others retaliatory missile forces.

The purpose of the treaty was to prevent the US or Russia from developing missile defense systems that would negate their opponent's retaliatory strikes, thus eliminating the viability of a nuclear first strike. The treaty was a pillar used to balance power during the Cold War and prevent direct war between the United States and the Soviet Union.


On December 13, 2001, the United States indicated its intent to withdraw from the Treaty, and its withdrawal became effective 6 months later.

Since then, the US has pursued the construction of a multi-layered missile defense system encircling Russia with weapon installations positioned in several of the above mentioned NATO members included in NATO's post-Cold War expansion.

The process of withdrawing from the treaty and subsequently building an anti-ballistic missile network vis-a-vis Russia has now transcended the presidencies of George Bush Jr., Obama and now Trump with the current president presiding over the sale of Patriot missile systems to Poland, according to Newsweek. 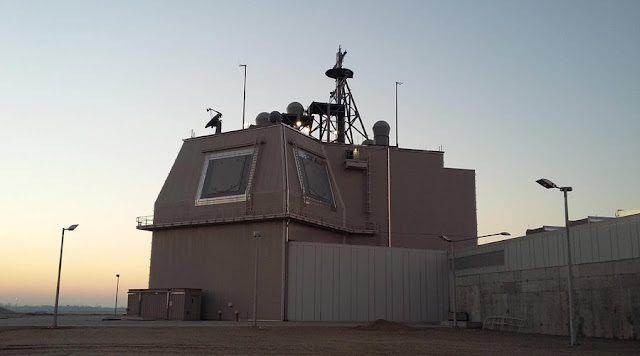 Withdrawing from the anti-ballistic missile treaty and placing missiles along Russia's borders represents precisely the scenario Soviet policymakers feared when cutting a deal with NATO regarding Germany's reunification. It is unlikely Russia since the Cold War failed to imagine how NATO's expansion up to its borders would lead to greater confrontation and instability, even the prospect of war.

During the Cold War, despite the rhetoric and numerous close-calls, the US and the Soviet Union created an geopolitical architecture that defined deterrents which dissuaded either nation from escalating to full-scale war. Today, that architecture has been left in ruins, not because of Russian aggression, but because of serial American betrayals.

With post-Cold War promises betrayed and NATO troops sitting on Russia's borders, considerable resources have been invested in convincing the global public that Russia, not NATO is to blame for current tensions. Each provocation committed by the United States and its allies are carried out with explicit intentions to leverage whatever Moscow's response may be to further escalate tensions.

Sanctions are the least costly and least risky move the US can make both politically and in terms of adding pressure to Russia's political order. The goal is to eliminate Russia as a competitor in terms of industry, finance and geopolitics. To do this, the US seeks to pressure Russia into accepting a subordinate position within America's self-proclaimed "international order," or to overthrow and replace Russia's political order altogether.

It is an agenda that benefits un-elected special interests on Wall Street, in Washington, as well as in London and Brussels and goes far in explaining why this singular agenda of encircling and isolating Russia has continued to unfold post-Cold War regardless of who occupies the White House and what the political mood is among the public regarding Russia.

Sanctions under Trump further prove that this singular agenda continues to move forward and that those investing hope in US presidencies to stop it have invested poorly.

For Russia, continuing to build an alternative to America's "international order," as well as encouraging alternatives both within Russia and abroad to those special interests that define and drive that order, is key to preventing tensions from further escalating.