When it comes to nuclear weapons upon the international stage, the general consensus is certainly not "the more the merrier." Attempts to limit the number and variety of nuclear weapons and to take measures to avoid the use of those that do exist have been ongoing since the first nuclear weapons were developed at the end of World War 2. 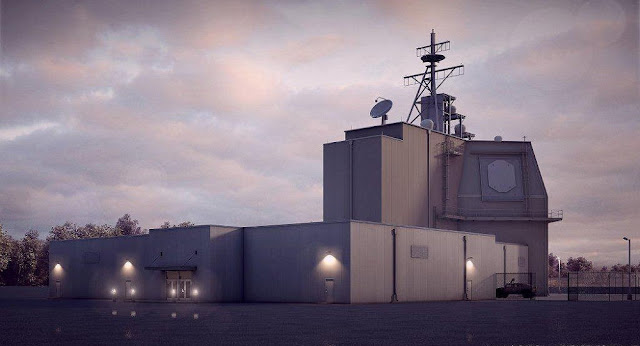 Today, however, one of the several nuclear-armed nations of the world and its behavior has jeopardized the hard-fought progress made toward this goal.

America Reneged After the Cold War

One of several treaties singed during the later stages of the Cold War included the Anti-Ballistic Missile Treaty (ABMT). It limited anti-ballistic missile systems to two per country. The reasoning was to hinder anti-missile technology development and leave nuclear-armed nations open to retaliatory attacks should they initiate a nuclear first strike.

The White House in an official statement regarding America's withdrawal from the treaty, would state:


...the United States and Russia face new threats to their security. Principal among these threats are weapons of mass destruction and their delivery means wielded by terrorists and rogue states. A number of such states are acquiring increasingly longer-range ballistic missiles as instruments of blackmail and coercion against the United States and its friends and allies. The United States must defend its homeland, its forces and its friends and allies against these threats. We must develop and deploy the means to deter and protect against them, including through limited missile defense of our territory.

However, the United States would spend the next decade and a half, not developing anti-missile systems aimed at stopping non-existent weapons of mass destruction launched from "rogue states," it instead spent that time encircling Russia with anti-missile systems, including those placed in Eastern Europe.

In essence, the United States has begun to fulfill the sum of all fears during the Cold War, that a nuclear armed nation would attempt to monopolize missile defense technology and use it as a means to develop a nuclear first strike capability without fear of retaliation.

Opponents of America's decision to withdraw from the ABMT noted that the move also undermined Washington's own alleged nuclear non-proliferation efforts. 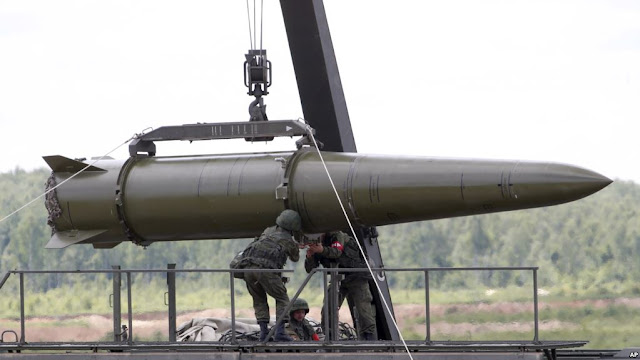 
The ground-launched cruise missile at the center of American concerns is one that the Obama administration said in 2014 had been tested in violation of a 1987 treaty that bans American and Russian intermediate-range missiles based on land.

The Obama administration had sought to persuade the Russians to correct the violation while the missile was still in the test phase. Instead, the Russians have moved ahead with the system, deploying a fully operational unit.

The article refers to another landmark effort made during the Cold War to reduce the likelihood of nuclear war, the Intermediate-Range Nuclear Forces Treaty, signed in 1987 by the United States and the Soviet Union.

Yet despite this narrative, the New York Times itself gives away what provoked Russia's recent deployment of the missile system in the first place, stating (emphasis added):


The missile program has been a major concern for the Pentagon, which has developed options for how to respond, including deploying additional missile defenses in Europe or developing air-based or sea-based cruise missiles.

Clearly, Russia is responding to existing missile defenses the US has placed across Europe, or plans on placing across Europe in the near future.

As predicted by opponents of America's 2001 decision to withdraw from the Cold War ABMT, America has undermined non-proliferation efforts, not only inviting other nations to discard efforts to rein in nuclear proliferation and the number and variety of nuclear weapons deployed by a nation, but in fact leaving nations with no other choice in the face of America's own attempts to obtain a nuclear first strike capability.

NATO's Expansion is a Lit Fuse

As NATO expands and as the United States digs in along Russia's borders, a proverbial fuse lit by America's withdrawal from the ABMT and its belligerence toward Russia ever since becomes shorter and shorter.

By provoking Russia into developing and deploying nuclear-capable intermediate-range missiles able to negate the possibility of a US nuclear first strike, the amount of time between launch and all out nuclear war has been significantly shortened.

Despite the US provoking this chain of events, instead of taking stock and retreating to a more sensible position, it is using Russia's predictable reaction to rush even further forward. By posing a greater nuclear threat to Russia, the United States through its own irresponsible behavior upon the world stage encourages many other nations to pursue, develop and deploy nuclear armaments as a means of defense and deterrence.

While the United States poses as international arbiter of nuclear non-proliferation, it appears instead to serve as the premier provocateur of new nuclear weapons gold rush.