Catalan Independence: Out of Madrid's Frying Pan, Into the NATO Fire?

Media on all sides surrounding the recent Catalan referendum for independence from Spain focused on Madrid's security crackdown on voters. However, what is not being mentioned about Catalonia's ongoing bid to achieve independence, who is leading it, and what their plans are for the region should they succeed, is just as important. 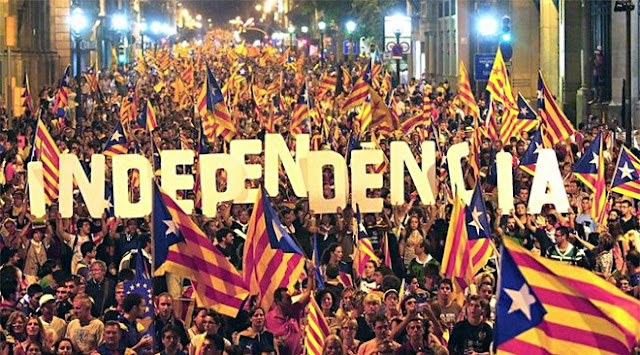 Catalonia is one of the most prosperous regions of Spain, possessing a population and GDP on par with or slightly above Singapore or Scotland. It has enjoyed various levels of autonomy for decades and - unlike many US-European "independence" projects around the world - could likely emerge as an independent and prosperous sovereign nation.

For this fact alone, many people support and are enthusiastic about Catalan independence.

Real Independence, or Shifting Dependence from Madrid to Brussels?

However, despite attempts by the Western media and the special interests they represent to appear indifferent or even opposed to Catalan independence, policy papers from Western corporate-financier sponsored think tanks indicate an eagerness - particularly by NATO - to integrate what they expect to be a robust military capability into their global wars of aggression.


In an article published in 2014 by NATO think-tank, the Atlantic Council titled, "The Military Implications of Scottish and Catalonian Secession," it would state:

Catalonia has 7.3 million people, with more than $300 billion in GDP. Spending just 1.6% of that on defense provides over $4.5 billion annually, or roughly the budget of Denmark, which has well-regarded and efficient armed forces. Catalonian military plans are more vague, but so far, they emphasize the navy. With excellent ports in Barcelona and Tarragona, Catalonia is well-positioned as a minor naval power, ‘with the Mediterranean as our strategic environment, and NATO as our framework’, as the nationalists’ think-tank on defense argues. The rough plans call for a littoral security group of a few hundred sailors at first. After a few years, Catalonia would assume responsibility as "a main actor in the Mediterranean," with land-based maritime patrol aircraft and small surface combatants. Eventually, the nationalist ambition may include an expeditionary group with a light assault carrier and hundreds of marines, to take a serious role in collective security.

The Atlantic Council article cites Catalan policy papers regarding what they called, "a valuable and refreshing view of specialization in collective defense," in reference to Catalan intentions of joining NATO should they achieve independence. 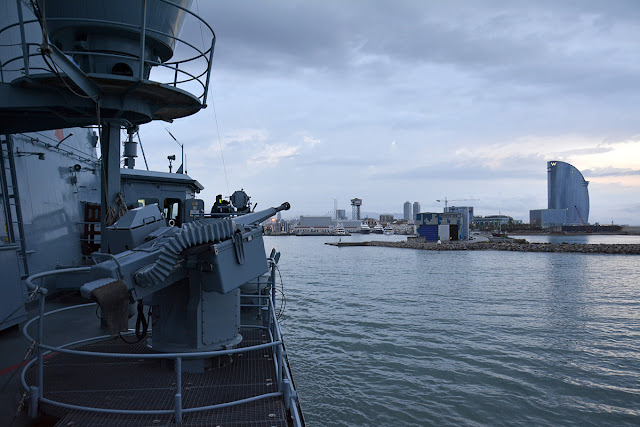 This is confirmed by unambiguous statements made by leading Catalan politicians themselves, including the former President of the Generalitat of Catalonia Artur Mas who personally picked and supported his successor, current president, Carles Puigdemont.

The article would state:


Prime Minister Artur Mas explicitly confirmed Catalonia is seeking NATO membership. In a recent interview with the Italian daily La Reppublica, Catalan Prime Minister Artur Mas explained that an independent Catalonia sees herself at the heart of NATO. This is in line with Catalonia's commitment to the international community, the principle of collective security, international law, and the rule of law at sea.


Catalonia seeks freedom, not to avoid the inescapable responsibilities that come hand in hand with it, but to fully exercise them side by side with partners and allies. Catalans understand fully that freedom never comes without cost, and that whereas independence means government of the people, by the people, and for the people, instead of alien rule, it also means that they will not be able to look the other way when a crisis or challenge arises. They understand that when the next Afghanistan comes, Catalan blood will also be spilled.


The most sensitive task, he added, would be to prepare “the design” for a future Catalan military. “Defence is the most delicate of all these aspects, and there is no consensus about this in Catalonia,” Mr Mas said. “But my party and I personally believe that Catalonia has to remain part of Nato. And as a member of Nato we have to pay our dues . . . It would be impossible for Catalonia not to have its own defence structure, even though it would be a light one.”


Policy papers - like those from the pro-independence Catalan National Assembly - have already begun to lay out the specifics of integrating Catalonia into NATO as a member nation focused specifically on configuring its military forces, not for national self-defense, but "collective defense" within NATO.

In one such paper from 2014 titled, "Dimensions of the Catalan Defence Forces: Naval Forces (Executive Summary)," a clear focus on a naval force for use within NATO was laid out:

It would also be convenient to participate in the SNMCMG2 (Standing NATO Mine Countermeasures Group 2).

While there are political parties within Catalonia that oppose Catalan membership both within NATO and the European Union, they seem to lack the ability to put in check pro-EU and pro-NATO leaders determined to peel away from Madrid and transform their new nation into one more eager and effective for NATO than Spain as a whole. 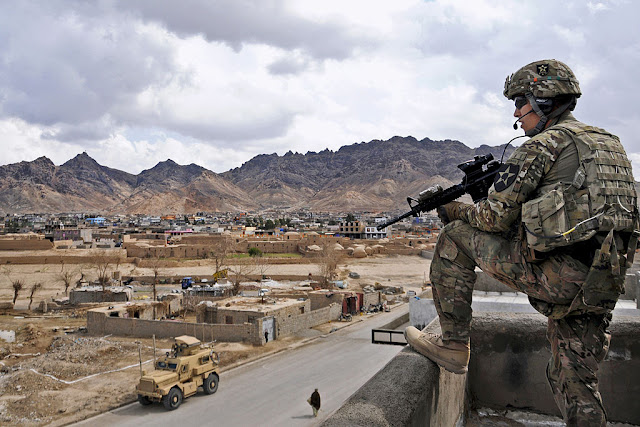 For NATO, Catalonia as a new member-state of NATO - while Spain continues its contributions to NATO - is a case of two for the price of one. Two nations carved out of one, in which both must dedicate a percentage of their respective GDP's to military and NATO spending, and two nations now both weaker divided apart than united together to influence or oppose the larger collective agenda of NATO set by its much larger and more powerful members.

As to why Catalan politicians expect the Catalan people to believe NATO membership is essential, one reason cited often is "terrorism." Conveniently - and just in August in the lead up to the referendum - terrorists carried out two vehicle-ramming attacks, killing 14 pedestrians.

The attack - like virtually all others that have occurred recently across Europe - was masterminded by convicted criminals known to European, Spanish, and Catalan security agencies. The Telegraph would note in one report that one "imam" who allegedly radicalized the attackers had been convicted and imprisoned for drug smuggling in 2010. Other reports indicate that Western-backed extremists involved in the war in Syria were involved in planning and radicalizing the perpetrators.

Attacks like the vehicle-rammings in August are an ideal catalyst for selling NATO membership to a newly independent Catalonia, just as domestic attacks are used across the rest of Europe to continue justifying NATO's pilfering of budgets at home and its unending wars abroad.

Narratives are Heavy on Emotions, Light on Facts

Regarding independence itself, Catalans appear divided with polls leading up to the referendum indicating less than half supporting succession from Spain. The recent referendum itself - while disrupted by Madrid - saw only a 42% turnout with a 92% voting yes for independence, equating to about 38% of all eligible voters in Catalonia supporting independence.

While it is possible that Catalan voters might vote differently should the referendum be conducted freely and without Madrid's interference, it is also possible that Catalonia is indeed divided on the issue of independence. And if so, it is important to understand why Catalonia's pro-EU and pro-NATO leadership is so eager to achieve independence regardless.

Leaders and proponents of Catalonia's independence movement have been careful recently not to mention their eagerness to join NATO or to "spill blood" in the alliance's future conflicts. The Western media, including those who appear opposed to Catalan independence, have also not mentioned Catalonia's future within the EU or NATO.

Instead, as the push for independence continues, a narrative is being constructed around familiar themes seen in other Western-backed political movements - a narrative predicated on emotions, personal struggle and state brutality versus the struggle for national and individual freedom.

Catalonia's Real Future?
Should Catalonia achieve independence from Spain, and if political parties within Catalonia fail to put in check pro-EU and pro-NATO leaders and lobbyists eagerly seeking to join and serve the interests of both at Catalonia's expense, the newly "independent" nation will find itself tasked with policing the Mediterranean Sea for refugees fleeing NATO's wars in North Africa and perhaps sending its own navy and marines to the shores of North Africa to join in wars itself.

Additionally, Catalan soldiers will find themselves half-way around the world in nations like Afghanistan, fighting the protracted wars of invasion, occupation, and subjugation NATO is so fond of. 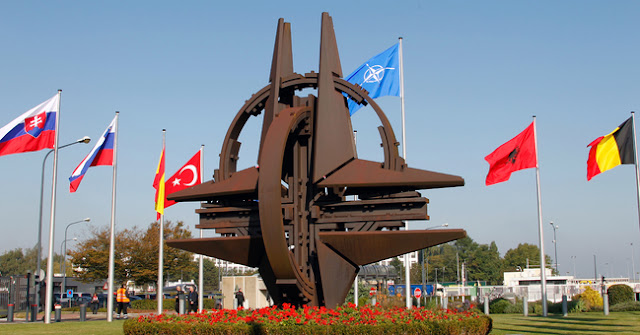 For the people of Catalonia, they will watch a percentage of their GDP transferred to foreign defense contractors, foreign wars, and security operations carried out by and for foreign interests.

Within Catalonia itself, it will face - like the rest of Europe - the socioeconomic impact of unending wars and confrontations as well as the impact of the foreign corporate-financier interests as they grow perpetually stronger and more concentrated as these wars rage on.

Terrorist attacks like those carried out in August will also be a part of an "independent" Catalonia aligned closer to Brussels. Terrorism and violence is both a feature of "blowback" from the West's wars abroad, and as a means by Western security agencies to manipulate and manage public perception regarding the necessity of those unending wars.

While this needs not necessarily be Catalonia's future as an independent nation, it will be if the current political leadership is allowed to steer Catalonia in this direction. For those who support Catalan independence, it is essential that these issues are addressed, and a clear, definitive, and enumerated alternative put forward.

Well-funded and organized plans to slot Catalonia into NATO's war machine after achieving "independence" are ready and waiting and if Catalans find themselves with their independence but no other clear path forward, this is precisely what will happen.