China vs US: Singapore's Role in Asia Pacific

In early August, a Chinese-American professor, Huang Jing, and his wife were expelled from Singapore. He is accused of collaborating with foreign intelligence agents, according to the South China Morning Post. 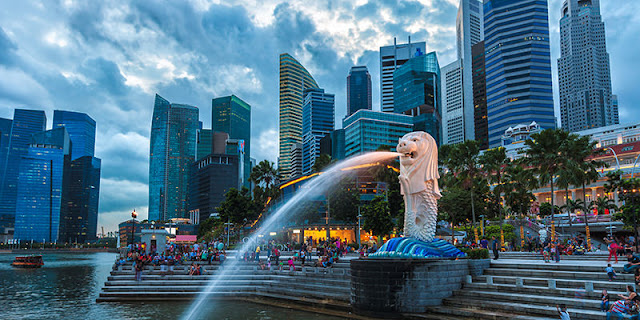 While the Singaporean government has yet to disclose which nation's intelligence agencies he is accused of collaborating with, the South China Morning Post and other US-European influenced newspapers in the region have attempted to suggest it is China.

Huang Jing sought assistance from the US embassy in Singapore upon hearing the accusations. He is also a former fellow of the US-based corporate-funded policy think tank, the Brookings Institution, and in particular was a fellow at the institution's John L. Thornton China Center.

Regardless of the truth behind his past and current affiliations, attempts by the US and European media to signal this as a win for American influence across Asia Pacific and a strike against Beijing have been ongoing.


It marked the first time in more than two decades that Singapore had publicly booted out an alleged functionary of a foreign power for interference in its domestic affairs.

Singapore did not name the country Huang Jing was supposedly working for, but most people assume it is China, the country of his birth. The affair has sparked intense discussion and speculation. Since such expulsions are invariably symbolic, the question is what Singapore is trying to communicate.

The editorial cites Huang's comments made encouraging more neutrality from Singapore regarding the US-China South China Sea row as well as noting Singapore's "overboard" support for the Trans-Pacific Partnership which was part of America's recent and floundering "Asia pivot."


It concludes by stating, "Singapore was – and remains – a great believer in a strong US presence in the region." But the editorial also notes that Singapore-China ties are growing stronger and that the recent spat may not be as significant as others may hope. It may simply be Singapore attempting to establish boundaries amid a growing relationship. 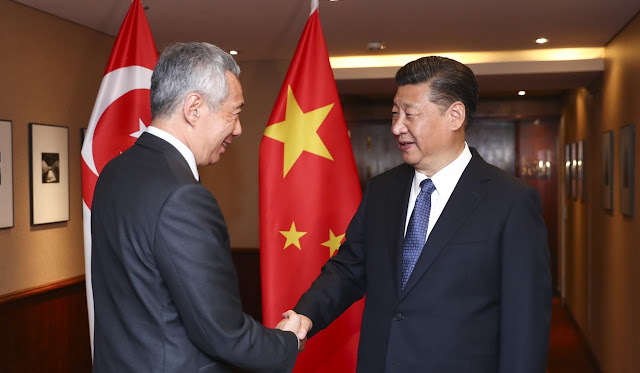 Ultimately, Singapore's perceived affinity for the US or China was, is and will always be directly proportional to America and China's respective socioeconomic power both regionally and globally. As the United States and China trade places in terms of influence and importance in Asia Pacific, Singapore's relationship with both states will change accordingly.

Singapore's role in relation to East and West will also change. From its beginnings as an outpost of the British Empire, to a foothold of American influence in Asia Pacific post-World War 2, to its current and more independent role in Asia Pacific serving as a bridge between East and West, the story of Singapore's foreign policy is one of pragmatic adaptation.

Just as Singapore's education system and economy seeks to quickly transform and reinvent itself to adapt to socioeconomic and technological paradigm shifts, its foreign policy must shift rapidly to stay head of geopolitical changes.

Attempts by the United States to escalate tensions between Singapore and China in an effort to artificially perpetuate American influence in the region where socioeconomic, military and other geopolitical fundamentals no longer favour Washington will continually be made.

It is clear that Singapore's current government is determined not to fall into these traps, as well as not to overplay its hand, provoking Washington's spite or hindering constructive relationships currently being built with Beijing.

Ultimately, Singapore's role in Asia and its sovereignty in general hinge more on helping to develop ASEAN into a coherent and independent counterbalance to Beijing's emerging and expanding influence. Attempts by the United States to form ASEAN into a united front for its own interests would likely result in the same sort of protracted and unsustainable confrontation currently unfolding across Western and Eastern Europe under the poorly managed NATO alliance.

Creating a truly multipolar Southeast Asian order where national sovereignty holds primacy while nations trade, cooperate and above all foster regional stability, is the best defence against hegemony taking hold, whether it is organised and directed from Washington or Beijing.