US Mercenaries, Iraqi Highways and the Mystery of the Never-Ending ISIS Hordes

While the US and European media provided little explanation as to how militants from the self-titled Islamic State (IS) managed to appear, expand and then fight for years against the combined military power of Iraq, Syria, Iran and Russia, it was abundantly clear to many analysts that the IS organization was not only receiving state sponsorship, but it was receiving reinforcements, weapons and supplies from far beyond Syria's and Iraq's borders. 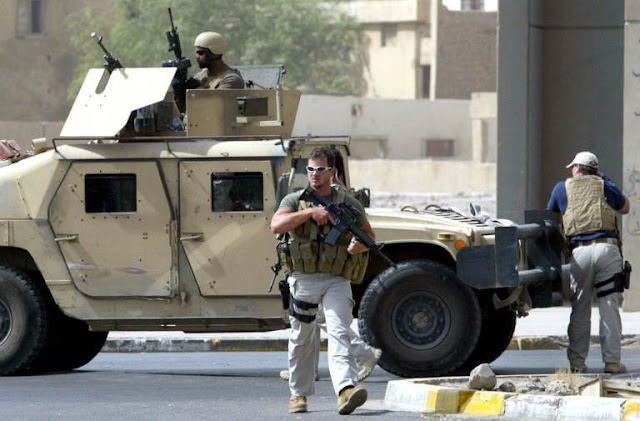 Maps of the conflict stretching over the last several years show clear corridors used to reinforce IS positions, leading primarily from Turkey's southern border and to a lesser extent, from Jordan's borders.

However, another possible vector may be desert highways in Iraq's western Anbar province where US military contractors are allegedly to "provide security" as well as build gas stations and rest areas. These highways contributed to the current conflict and still serve as a hotbed for state sponsored terrorism. Whether these US-controlled and improved highways pose a significant threat for a reorganized effort by the US and its regional allies to divide and destroy Iraq and Syria seems all but inevitable.


Al Monitor in an April 2017 article titled, "How Iraq is planning to secure key border road," would claim:


Due to the imminent threats to the road, which is one of Iraq’s vital economic lines as it connects Basra in the south to Jordan in the west, Iraq commissioned an American company to secure and rebuild the road. The contract also included reconstructing bridges, 36 of which are destroyed.

The article would elaborate, stating:


A security source from the Iraqi intelligence service told Al-Monitor, “The American company will only secure the two roads reaching Terbil from Basra and Baghdad and will build gas stations and rest areas, in addition to building bridges and cordoning off the roads with barbed wires, as per distances that would be determined later.”

Al Monitor would claim that Iraq's popular mobilization units found themselves unable to oppose the move made by the central government in Baghdad. It would also note that Iraq's Hezbollah Brigades claimed, in opposition to the plan, that:


The road connecting Iraq and Jordan is a strategic gateway allowing the US and forces seeking to control it to tighten their grip on Anbar and the potential Sunni region as per a US-Gulf plan.


One could imagine future potential scenarios including these rebuilt roads, complete with gas stations and rest areas, leading from Jordan and Saudi Arabia and providing an efficient route for future wars waged either directly or by proxy against Iraq. The infiltration of fighters and supplies, for example, would be greatly expedited should the US and its partners decide to shift their efforts along this new axis.

Beyond this more obvious threat comes the fact that US-Jordanian-Saudi influence would be greatly enhanced with stronger logistical lines leading into Iraq's western regions.

The Islamic State's de facto invasion of Syria and Iraq was a more massive and dramatic replay of an earlier surge of foreign militants into the region, following the 2003 US invasion of Iraq.

It would be America's own Combating Terrorism Center at the West Point United States Military Academy in two reports published in 2007 and 2008 (.pdf) respectively that would describe in detail the networks some of Washington's closest regional allies used to flood post-war Iraq with foreign fighters.

While these fighters indeed attacked US soldiers, what they also did was disrupt a relatively unified resistance movement before plunging Sunni and Shia'a militias into a deadly and costly "civil war."

Fighters, weapons and cash infiltrated into Iraq from a network that fed fighters from across the Middle East and North Africa (MENA) region first into Turkey, through Syria via the help of many of the senior leadership of anti-government militant groups now fighting  Damascus, and then into Iraq primarily where IS has been based and where the remnants of its militancy remains.

During the more recent conflict, these same networks were utilized successfully until Russia's intervention in 2015 when these terrorist "ratlines" came under fire by Russian warplanes. The cause and effect of attacking these terrorist ratlines was visible on conflict maps, causing an almost immediate shrinking of IS-occupied territory and a corresponding atrophy of IS fighting capacity.

The Jordanian-Iraqi and Saudi-Iraqi border crossings and the highways running through them represent an alternative means to reorient Washington's proxy conflict either now or in the near future.

US Already Planning to Weaponize the Project

Raising further alarm bells should be the New York Times' May 2017 article, "U.S. Sees a Vital Iraqi Toll Road, but Iran Sees a Threat," which helps frame the very sort of conflict US policymakers are seeking with this move and the reaction it has already provoked among America's primary targets in the region, particularly Iran.

The article would claim:


As part of an American effort to promote economic development in Iraq and secure influence in the country after the fight against the Islamic State subsides, the American government has helped broker a deal between Iraq and Olive Group, a private security company, to establish and secure the country’s first toll highway.

This being Iraq, though, the project has quickly been caught up in geopolitics, sectarianism and tensions between the United States and Iran, which seems determined to sabotage the highway project as an unacceptable projection of American influence right on its doorstep.


The New York Times also helps prepare a narrative so that any attack on American contractors along the highway could easily be blamed on militias linked to Iran, or even on Iran itself. The article states:


Already, Iraqi militia leaders linked to Iran, whose statements are seen as reflective of the views of Tehran, have pledged to resume attacks against American forces if the Trump administration decides to leave troops behind to train the Iraqi military and mount counterterrorism missions, as appears likely. And the militia leaders have specifically singled out the highway project for criticism.

The New York Times ultimately admits that the US is attempting to control the highway specifically to continue its increasingly dangerous proxy war against Tehran. The article also admits that the highways will be entirely controlled by US contractors, including the collection of tolls of which only a portion would be handed over to the Iraqi government. The article also claims other highways, including one leading directly from Saudi Arabia, are being considered.

In essence, these would be terrorist ratlines directly controlled by the United States, leading directly out of the very epicenter of state sponsored terrorism in the region, Saudi Arabia, other Persian Gulf states and to a lesser but still significant extent, Jordan.

They would be terrorist ratlines difficult for Iraq's central government or its allies to attack without providing a much welcomed pretext for Washington to directly retaliate against the faction of its choosing. 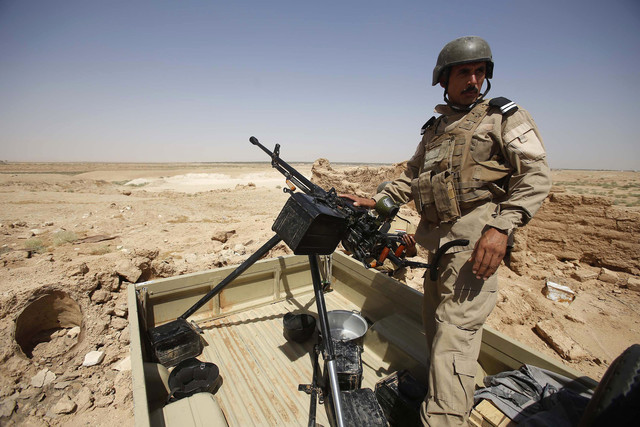 While the New York Times and US politicians and businessmen involved in the highway deal attempt to portray it as a means of providing peace, stability and economic prosperity for Iraq, a quick audit of US policy in the Middle East should ground those lofty promises in a much more frightening reality.

The scope of this project is nothing short of both a US occupation and a US-administered "safe zone" in which militant groups backed by the US and its regional partners can safely be harbored, and from which they can strike out against Iraq and its neighbors with the full protection of US military force.

Some US policymakers may feel that their failing proxy war against Syria involved a cart-before-the-horse policy in which the creation of US-administered and protected safe zones turned out to be more difficult to implement than initially anticipated, and that in the future, such zones should be created before another round of proxy-hostilities.

No matter what, the US presence and the more-than-certain intentions that underpin it will ensure not peace, stability or prosperity, but another decade of division and strife both in Iraq and beyond. Confounding this project, and those like it, and replacing them with actual projects to fulfill the promises of progress the US is merely hiding behind, will be key to truly moving Iraq and the region forward.