May 12, 2018 (Joseph Thomas - NEO) - While US-led regime change in Syria continues to make headlines, it is important for the public to be aware and stay ahead of other US-led campaigns to target, destabilise and overthrow the political orders of other nations around the globe. 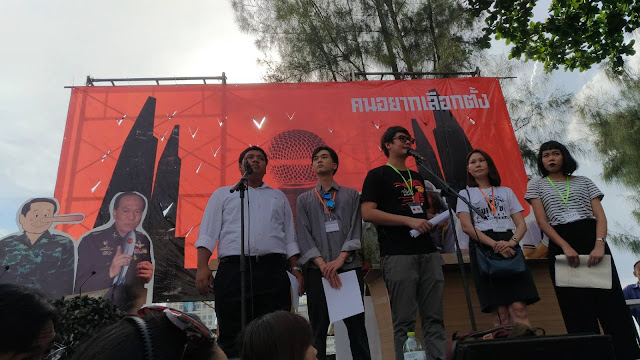 Observers of the ongoing crisis in Ukraine have warned about potential violence as the US continues arming its proxies and their dangerous ultra-right militant groups in Kiev. Analysts have also been covering US-sponsored political destabilisation being fomented in Armenia.

US funding and support alongside its Canadian and European allies in Southeast Asia is also on the rise. Protests planned throughout May in Thailand's capital Bangkok are openly aimed at regime change.

The centre of Western media operations in Thailand is best represented by the Foreign Correspondents Club of Thailand (FCCT). It serves as the physical headquarters of many of the West's most prominent media organisations including:


Reuters and the BBC in particular pursue a transparently bias agenda in support of political destabilisation and regime change in Thailand. Their narratives are unquestioningly repeated throughout many other US and European media platforms, big and small. 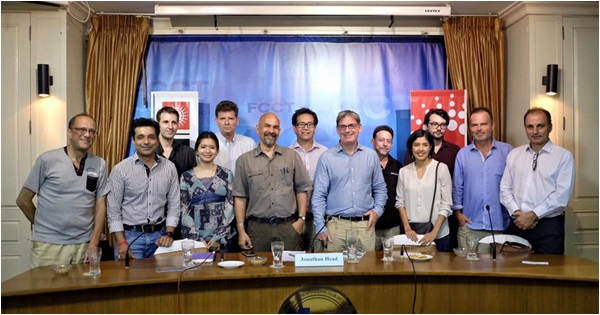 Their role in covering up the abuses of the previous and now ousted Thai regime of Thaksin Shinawatra and his sister Yingluck Shinawatra while attacking and undermining the institutions that finally began dismantling their political machinery has played a central role in perpetuating Thailand's ongoing political crisis.


In particular, the BBC's Jonathan Head and Reuters' Panu Wongcha-um openly and regularly consort with and promote opposition figures while denying critics and opposing views from being featured within articles and reports appearing on their respective networks. Many other members of supposedly reputable Western media organisations, while less obvious and less prolific, follow a similar and predictable pattern.

In addition to serving as a central hub for these organisations' offices, the FCCT includes a swank downtown club and bar where events are hosted primarily to promote US and European interests and impose supposed Western values upon the Southeast Asian region, often done under the guise of promoting "human rights" and "democracy."

The club regularly conducts training and indoctrination activities, many of which are funded by Western governments and Western corporate foundations like convicted financial criminal George Soros' Open Society.

Despite the FCCT categorically denying accusations that it has received extensive funding from Open Society, evidence has emerged that years of training programmes helped stand up cadres of pro-Western propagandists to help dominate public perception and narratives both in the region and around the world.

At least one alumni of this Soros-FCCT training programme now holds a senior position in Myanmar's new government.

The FCCT also regularly uses its prominence and well-funded domination of public discourse to promote US and European-funded opposition groups ranging from foreign-funded fronts posing as "nongovernmental organisations" (NGOs) to political parties and opposition groups working with foreign money and support to overthrow the current Thai political order.

The US State Department through organisations like the National Endowment for Democracy (NED) and its many subsidiaries and partners (including Open Society) fund myriad fronts posing as "local" and "independent" media organisations and "rights" advocates in Thailand.


These organisations have in recent months coordinated together to organise and promote anti-government protests. And as their activities continue to increasingly shift into open sedition, NED's website has been redesigned to further conceal US government funding to these fronts.

Thai Lawyers for Human Rights, funded by the US NED and whose co-founder Sirikan "June" Charoensiri was recently awarded the US State Department's "Women of Courage Award" presented by US First Lady Melania Trump, not only promotes and defends members of anti-government protests, its own members help organise and lead them.

TLHR's Anon Nampa is one of the core members of recent anti-government protests demanding regime change in Thailand, begging the question of whether or not US funding is also being channelled directly into the protests themselves.

US-backed political parties in Thailand include ousted ex-prime minister Thaksin Shinawatra's Pheu Thai Party (PTP). Despite being convicted of criminal charges and having fled Thailand to avoid a 2-year jail sentence rendering him a fugitive, Shinawatra still openly serves as PTP's uncontested leader. In 2011, he openly campaigned in elections with his image and name liberally used on posters including the now infamous, "Thaksin Thinks, Pheu Thai Does" slogan.


While it would be unthinkable for a fugitive to remote-control a political party from abroad as a fugitive in the US or Europe, let alone remote-controlling a government led by his political party, the Western media and US-funded fronts posing as NGOs have repeatedly insisted that attempts by Thailand to bar Shinawatra and his PTP from upcoming elections in Thailand are "undemocratic."

Shinawatra's faltering popularity and mounting legal troubles has forced him to establish new parties to serve as proxies while maintaining plausible deniability. This includes the "Future Forward" party founded by Thanathorn Juangroongruangkit, the heir of a multi-million dollar Thai auto-parts business.

Also included among the list of Future Forward's "co-founders" are so-called "activists" drawn from US government-funded fronts like above mentioned Prachatai.

These political parties maintain a single joint-street front. Shinawatra's PTP founded the United Front for Democracy Against Dictatorship (UDD) or "red shirts," a militant faction that has previously participated in armed insurrection, terrorism, mass murder, nationwide arson and protracted and bloody street protests as well as counter-protests amid Shinawatra's now 12 year struggle to return himself to power.


The UDD has been recently re-branded in an effort to disassociate the front from its violent past. The Western media has played a vital role in rehabilitating the group's image by omitting details of its membership and leadership.


The Western media also fails to explain how "student activists" can regularly afford thousands of dollars of bail on an almost weekly basis, or pay for the stages, audio systems, matching t-shirts, balloons, masks and other props used in an otherwise obviously well-funded and professionally organised campaign.

The fact that recent protests also include Shinawatra's UDD organiser Sombat Boonngam-anong among its core leadership exposes the fact that this supposedly "student-led" and "progressive, pro-democracy" protest is in reality merely a poorly disguised UDD rally in support of regime change and Shinawatra's return to power.

Answering obvious questions about who is funding recent protests brings up obvious answers the Western media is clearly intent on burying.

Bringing all Three Together, Plus Violence

As was done in early colour revolutions in Eastern Europe after the fall of the Soviet Union or more recently during the Arab Spring in 2011, the Western media intentionally misinforms or omits information regarding the background and history of protest leaders and their funding and affiliations to distract away from the fundamental illegitimacy of their actions and the violence they all ultimately rely on.

Violence is an essential ingredient to transform unpopular, foreign-funded destabilisation into a catalyst for increased US and European pressure toward US and European-sponsored regime change.

In 2010, Shinawatra's UDD bussed in several thousand protesters from upcountry to serve as cover for nearly 300 armed militants used to trigger weeks of violence claiming nearly 100 lives and leaving sections of the city in ruins after widespread arson.


The Western media who at the time across their social media accounts admitted to witnessing the violence, being targeted  by Shinawatra's heavily armed militants and watching Thai troops confront and attempt to contain them, would later expunged all mention of the violent nature of Thailand's opposition from their actual reports, presenting the 2010 violence instead (and to this day) as a "military crackdown."

Even at the time, the Western media and Western-funded "human rights" advocates cited violence they themselves knew was carried out by the opposition as a pretext for the Thai government to step down.

In the first week of May 2018, US-backed opposition in Thailand declared their intentions to step up protests, demanding regime change and insisting that their activities will continue until their demands are met. Considering a lack of genuine public support it can be assumed, just as in 2010, that violence will ultimately erupt and the Western media will attempt once again to cover it up, spin it or even justify it.

While Thailand exists well below the geopolitical radar in relation to stories from Syria, Iraq, Iran and Yemen currently dominating headlines, being aware of the players, their backgrounds, affiliations and history, is an essential inoculation from the lies the Western media has been and will continue spreading as Thailand's political crisis once again spikes.

If and when protests make it into international headlines, let the above information serve as a guide to navigating around predictable and transparent Western disinformation.

As to why the US seeks to destabilise Thailand and install a client regime, it relates directly to US efforts to encircle China either with US-friendly regimes or instability hindering China's economic rise. 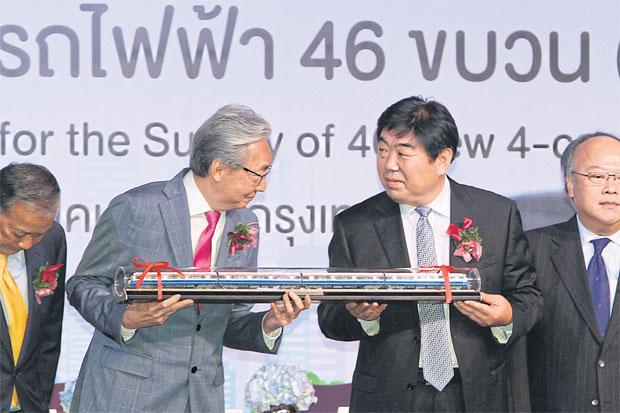