December 31, 2018 (Joseph Thomas - NEO) - In recent months, American, Commonwealth and European media have taken aim at China. From fabricated stories of interment camps with "1 million" Uyghir Muslims being detained in them to a more recent New York Times article claiming to have "secret plans" revealing the military dimension of its One Belt, One Road initiative (OBOR), the barrage has been heavy on innuendo and accusations but lacking concrete evidence. 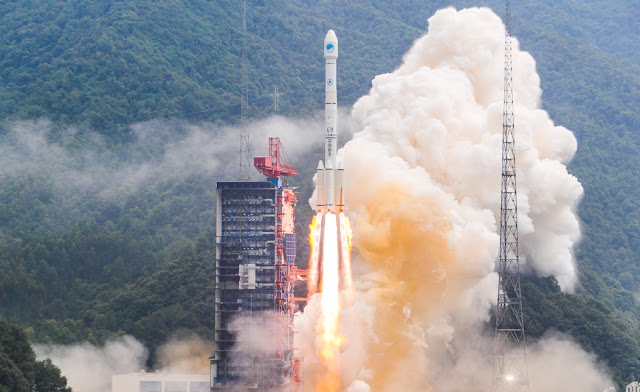 Considering the scale of each accusation, it would be assumed a huge wealth of evidence existed to accompany them. After all, how would China hide a detention network detaining, torturing and executing a "million" people? Or develop complex defence systems with international partners in complete secret?

Yet these stories circulating the West's most prominent newspapers, television networks and online portals aren't simply lacking in a wealth of evidence, they lack any evidence at all.

The New York Times in its article, "China’s ‘Belt and Road’ Plan in Pakistan Takes a Military Turn," would claim China is pursing decidedly military objectives as part of its wider OBOR initiative. In the article's subtitle, it mentions a "secret plan to build new fighter jets."

The article itself claims:


Just two weeks later, the Pakistani Air Force and Chinese officials were putting the final touches on a secret proposal to expand Pakistan’s building of Chinese military jets, weaponry and other hardware. The confidential plan, reviewed by The New York Times, would also deepen the cooperation between China and Pakistan in space, a frontier the Pentagon recently said Beijing was trying to militarize after decades of playing catch-up.

All those military projects were designated as part of China’s Belt and Road Initiative, a $1 trillion chain of infrastructure development programs stretching across some 70 countries, built and financed by Beijing.


Yet, upon reading the entire article, no evidence, whatsoever, substantiates the claim that the OBOR initiative has taken a "military turn." There is also no evidence at all presented by the NYT that it has any sort of "secret plan" in its possession.

China and Pakistan have longstanding military ties. China and Pakistan also are working together on infrastructure projects as part of China's wider OBOR initiative. NYT categorically fails to explain why two separate spheres of cooperation have been conflated by the newspaper.

Instead, NYT begins listing possible scenarios in which OBOR projects could be used militarily in the future. For example it claims:


A Chinese-built seaport and special economic zone in the Pakistani town of Gwadar is rooted in trade, giving China a quicker route to get goods to the Arabian Sea. But it also gives Beijing a strategic card to play against India and the United States if tensions worsen to the point of naval blockades as the two powers increasingly confront each other at sea.

This is clearly speculation on NYT's part, not drawn from "secret plans" the NYT reviewed, with the NYT not even attempting to claim otherwise.

Further into the article when Gwadar is mentioned again, it cites "military analysts," not a "confidential plan, reviewed by The New York Times." These analysts, the NYT reports, merely claimed Gwadar could be used to expand China's naval footprint.

The NYT's conjecture continues, this time regarding navigation satellites:


A less scrutinized component of Belt and Road is the central role Pakistan plays in China’s Beidou satellite navigation system. Pakistan is the only other country that has been granted access to the system’s military service, allowing more precise guidance for missiles, ships and aircraft.

The cooperation is meant to be a blueprint for Beidou’s expansion to other Belt and Road nations, however, ostensibly ending its clients’ reliance on the American military-run GPS network that Chinese officials fear is monitored and manipulated by the United States.

The NYT intentionally adds the word "military" and includes "guidance for missiles, ships and aircraft" as examples for Beidou's use to depict this area of cooperation as sinister and militaristic. Yet even the average NYT reader must not only know satellite navigation has many significant civilian applications (food delivery, ordering taxis, road navigation, etc.) but they themselves probably use such applications on a daily basis.


The BBC in an article titled, "How China's GPS 'rival' Beidou is plotting to go global," would even admit:


Originally designed for the Chinese military to reduce reliance on the US-owned GPS, Beidou has turned into a commercial opportunity as its coverage has expanded.

Last month, local authorities ordered 33,500 - about half of all taxis - in Beijing to install Beidou, and the Chinese government has set a goal that all new cars will be Beidou-guided by 2020.

Despite the article's title claiming OBOR takes a "military turn," the article itself ends up drifting off topic and mainly discussing the risk of debt associated with the extensive non-military projects China and Pakistan are cooperating together on.

The New York Times would claim:


According to the undisclosed proposal drawn up by the Pakistani Air Force and Chinese officials at the start of the year, a special economic zone under CPEC would be created in Pakistan to produce a new generation of fighter jets. For the first time, navigation systems, radar systems and onboard weapons would be built jointly by the countries at factories in Pakistan.

The proposal, confirmed by officials at the Ministry of Planning and Development, would expand China and Pakistan’s current cooperation on the JF-17 fighter jet, which is assembled at Pakistan’s military-run Kamra Aeronautical Complex in Punjab Province. The Chinese-designed jets have given Pakistan an alternative to the American-built F-16 fighters that have become more difficult to obtain as Islamabad’s relationship with Washington frays.

Yet the development of the JF-17 has been ongoing since the 1990s, long before China undertook the OBOR initiative.

Overall, and for decades, there has been close cooperation between China and Pakistan in the sphere of defence. 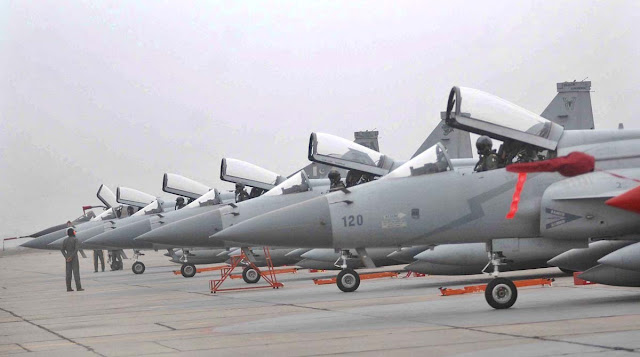 Pakistan has long been a buyer of Chinese military hardware. Both nations are also involved in joint development programmes such as the Al-Khalid and Al-Zarrar main battle tanks which, together with older Chinese-built tanks, make up the bulk of Pakistan's armoured forces.

Its relation to OBOR is never actually mentioned or explained by the NYT.

The New York Times' article claiming the OBOR initiative is a Trojan horse for Chinese military expansion is a clumsy smear.

It cites already well-known joint defence programmes that began in the 1990s before OBOR even existed. It includes mention of a satellite navigation network more likely to be used to deliver kebabs in Pakistan than missiles in war. It also cites military analysts who can, at best, only speculate how joint infrastructure projects could be used militarily in the future.

None of this substantiates the sensational premise of the New York Times' article; that the One Belt, One Road initiative has taken a "military turn."

No evidence is provided that it has, despite the New York Times claiming to have access to a "confidential plan" that proves otherwise. In regards to the plan itself, no evidence is presented that it even exists. While newspapers must protect their sources, as Wikileaks has proven, sources can be protected and documents still presented to the public as proof.

It is revealing that the NYT decided to claim to have access to a confidential plan and still failed to to connect Pakistani-Chinese military ties to the OBOR initiative except through the most stretched of innuendo.

The NYT article is just one of many published in recent months aimed at China, attempting to attack and undermine Beijing's credibility as an international partner, and more specifically, aimed at China's OBOR initiative itself.

While the OBOR initiative demands scrutiny and oversight by all nations involved, that was not the goal of the NYT's article. It was instead to undermine, obstruct, and if possible, derail entirely the initiative. It signals a second front opened alongside the West's already ongoing and extensive anti-Russia campaign.

As the Pentagon struggles to war-game how it will fight an armed conflict against both Russia and China to protect US interests abroad, the Western media is already fighting a two-front war against Moscow and Beijing. How the West's information war shapes up might give us clues to the feasibility or futility of America's more drastic plans for confronting both rising global powers on the battlefield. If the New York Times' recent dud is an indicator, those plans won't fare well.