As Thai-Chinese Relations Grow, So do US Threats

The Southeast Asian Kingdom of Thailand, a nation with nearly 70 million people and the second largest economy in the region, has accelerated already growing ties with China over the past 5 years. 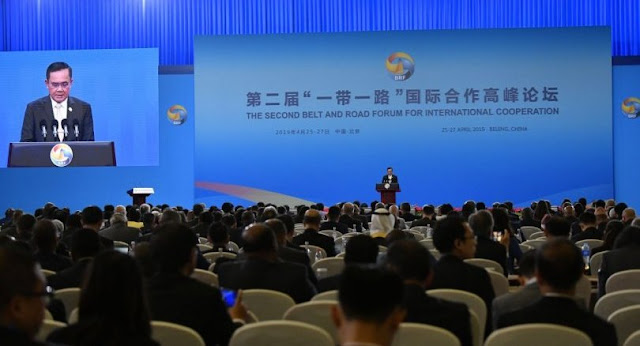 These ties include military purchases to replace Thailand's aging US hardware with newer and more capable Chinese main battle tanks, armoured personnel carriers, infantry fighting vehicles and even submarines either already in use or on their way.

Thai-Chinese relations also centre around Beijing's Belt and Road Initiative (BRI) and Thailand's role as a major partner through which high-speed rail will connect China itself with Laos, Thailand, Malaysia and by extension, Singapore granting passengers and freight travelling from China a shortcut to the Strait of Malacca and the Indian Ocean beyond.

The obvious, negative implications this will have on Washington's self-proclaimed notion of Asian primacy has led to gathering political storm clouds. The US is leading a noticeable uptick in propaganda aimed at not only undermining China's BRI, but also attacking China's partners, including Thailand.

The US and its partners are also increasing their political interference in Thailand, attempting during recent elections to install political forces into power that will reverse Thai-Chinese relations. The failure of these forces to decisively win elections even with US aid, leaves the looming prospect of the US resorting to backing protests and even terrorism to spoil Thai-Chinese gains.

Pro-Western English newspaper, the Bangkok Post, in an article titled, "Regime talks up China ties on visit to Beijing for 'Belt and Road' forum," would note:


"Both sides were satisfied with the fact that over the past five years, Thailand and China have had their closest relations ever," deputy government spokesman Werachon Sukondhapatipak, told the media in the press wrap-up about the meetings between Thai and Chinese leaders.

Both nations pledged to help drive up the value of trade between them to US$140 billion by 2021, double the current $73.6 billion.

To put Thai-Chinese trade in perspective, China is already Thailand's number one trade partner, with over 15% of all Thai exports going to China, with the US in second at 11.5%. Over 20% of Thai imports come from China versus only about 5.7% from the US.

China also accounts for the vast majority of all tourists visiting Thailand, beating out the combined number of tourists travelling from all Western nations combined.

Thai-Chinese trade and tourism is only set to grow. Along with expanding military ties and obvious shared-interests in regional security and stability, Cold War notions of Thailand being a US proxy should be finally and definitively laid to rest.


Still, Thailand has historically attempted to maintain a careful balance between great world powers. It seeks to build ties with the West and nations like Russia as well as with its own ASEAN neighbours specifically to ensure a healthy balance in political and economic relations.


Prime Minister Prayuth Chan-o-cha in an interview with Time would explain regarding Thailand's relationship with China and the US that:


The friendship between Thailand and China has been over thousands of years, and with USA for around 200 years, and we remain these ties between our fellow countries until now. China is the number one partner of Thailand, along with other countries in the second and third place like the U.S. and others. They are all good friends to Thailand. Thailand is a small country, so we need to properly balance politics and foreign affairs with all fellow countries.

The US, not Thailand, has complicated this balancing act by categorically failing to offer potential partners like Thailand any sort of viable alternative to Chinese-backed infrastructure projects, manufacturing capacity and trade. Thailand has inked deals with Japan to build other rail projects in the Kingdom and has made arms purchases from Europe and Russia to avoid overly depending on China.

Instead of the US providing its own viable alternatives for Thailand to choose from, it has relied increasingly on various methods of coercion and interference, leaving nations like Thailand with little choice but to move on without Washington and its increasingly toxic brand of foreign policy.

The current Thai government, headed by Prime Minister Prayuth Chan-o-cha was a result of the former ousting the latter from power in 2014. In more recent elections, US-backed interests have attempted again to return themselves to power.

Among this pro-Western political circle is Thanathorn Jungrungreangkit, co-heir of his parents' fortune and long-time supporter of ousted US proxy, ex-prime minister Thaksin Shinawatra.

In the lead up to the 2019 elections, Thanathorn pledged to roll back Thai-Chinese relations including scrapping the centrepiece of China's BRI project in Thailand, the high-speed rail network. Thanathorn instead insisted that Thailand should invest in the still untested (and so far nonexistent) US hyperloop project, Bloomberg would report. 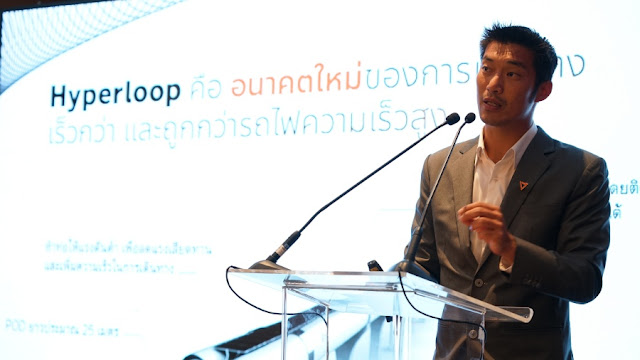 Thanathorn and his party, "Future Forward," have also pledged to curb military acquisitions which would undermine Thailand's ability to defend itself and stifle the growing military partnership between Bangkok and Beijing.

For this, Thanathorn and his party have received a disproportionate amount of positive coverage from the Western media and support from not only the US and European embassies, but also from US-EU funded government and corporate foundations along with a small army of nongovernmental organisations they have created inside Thailand's political and public spheres.

However, US-backed political forces like Future Forward came in behind the Thai military-linked Palang Pracharath Party during recent elections. They also face myriad legal challenges and are unlikely to assume political power. Because of this, the US and its partners are turning up the pressure on Thailand both in the media and through attempts to foment unrest in Thailand's streets.

This is all being done with mention of Thai-Chinese relations in the forefront.

Another article appearing in the Bangkok Post, written by AFP and titled, "Xinjiang crackdown at the heart of China's Belt and Road," attempts to shame nations (like Thailand) from doing business with China because of Beijing's supposed human rights violations. But as has been documented elsewhere, Beijing truly faces a legitimate extremist threat in Xinjiang, one deliberately tailored by Washington to disrupt yet another key BRI segment.

Washington's two-pronged approach in Xinjiang, where it is promoting extremism and defending extremists under the guise of human rights, is a cautionary tale of what awaits Thailand as US attempts to install a client government in Bangkok fail and more aggressive measures are adopted.

The recent blasts that singled out religious and economic targets in Sri Lanka appear to be further examples of this strategy. With even US ambassadors assigning blame to the Islamic State (IS) and with all indicators pointing to US and Saudi Arabian state sponsorship behind IS' initial rise, it is difficult to ignore the obvious implications.

Sri Lanka being another important BRI partner, passed a certain point of no return after which Western abuse in the media and political interference were no longer effective in coercing change in Colombo's geopolitical trajectory. It is difficult to see how large-scale terrorist attacks will convince Colombo to reverse ties with Beijing, but it is easy to see how such attacks may seek to spoil ties Washington can no longer realistically reverse.

Nations like Thailand must prepare thoroughly for continued media abuse, political interference and eventually terrorism aimed at it by Washington and its partners. The US has invested nearly a century in pursuit of global hegemony and in particular, primacy over Asia. That primacy is slipping through its fingers.

If the US was willing to lay waste to nations across the Middle East through sanctions, war and terrorism in an attempt to reassert itself and its interests there, how far will Washington go to preserve its primacy over Asia? Was Sri Lanka a preview? Will the US stop at intrusive and disruptive political interference in Thailand's internal affairs? Or will it take matters further?

Thailand's defence must be built on being prepared for the worst rather than assuming the US will stop short of more extreme measures. By Thailand being fully prepared, circles in Washington proposing extreme measures with little chance of success may lose out to more sensible interests and policies, leading to repaired, more constructive ties between Thailand and the US in the future.