US Diplomacy Sours in Southeast Asia

Under the cover of "security threats" and promoting "democracy," Washington has increased the frequency and amplitude of threats and pressure aimed at China's partners around the world and specifically in Southeast Asia. 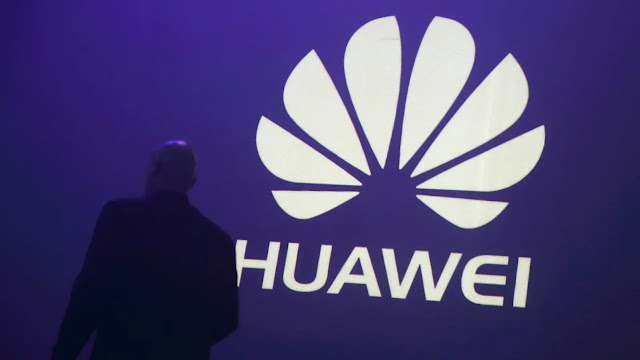 The Southeast Asian Kingdom of Thailand, still erroneously pegged by some as an ally of the US, has long since pivoted away from its Cold War alliances and has invested deeply in building economic, political and even military ties with Beijing.

So acute is this pivot that it has prompted heated commentary in response from across the Western media, supposed "rights" groups and other enclaves of US "soft power."

Exemplified best by articles like, "West must act firmly to stem rise of 'China model' in Thailand," by Benjamin Zawacki (Amnesty International, Council on Foreign Relations) published by the lobbyist clearinghouse Nikkei Asian Review, arguments are being made for a more robust and direct intervention by the West to overrule the ambitions and agendas of nations who would rather do business with China and in a manner unfavourable to Washington.

Zawacki uses the narrative of eroding democracy to lend impetus to the West's interference and pressuring of Thailand in "stemming the rise of a China model," but it is only just a narrative.

China is expanding its influence through Asia not by aligning with "authoritarian" ideology, but by doing business, building infrastructure and offering alternatives to nations that once only had the US and Europe to go to for technology, alliances and investments.

Today, the US and Europe are unable to compete in any of these relevant fields with the majority of their activity in nations like Thailand aimed at unsolicited and unwelcomed political interference.

The battle over Chinese telecom giant Huawei's growing supremacy over global markets provides us insight into just how robust and direct Western intervention has become and forewarns of still greater pressure to come.

The South China Morning Post in an article titled, "Huawei says it’s 'surprised' by report that US is pushing more foreign allies to blacklist its network services," would report:


Huawei Technologies, the world’s largest telecoms equipment vendor, said it was “surprised” by a Wall Street Journal report about the US government exerting increased pressure on foreign allies to ditch network services from the Chinese company on national security grounds.

The lengths the US will go through to pressure nations into dumping Huawei remains to be seen. Many nations have been pressured and have decided to move forward with China and Huawei regardless.


The extent to which this 5G technology is going to control not only telecommunications but so many other things that are absolutely fundamental to any society's ability to function and govern itself means that, well, we better stay onside with China because if we don't, their ability to manipulate our economy, our infrastructure, our energy sources, our databases, et cetera, becomes that much greater.

Thailand is at the center of that. Geographically, it's right in the middle. And so while it tries to maintain positive relationships with both countries, that sort of neutrality is not something it's going to be able to gift itself forever.

The NPR piece concludes by claiming:


Especially, he says, if [Thailand is] being forced to choose in the event of a conflict between the U.S. and China. With a Chinese company controlling all communications and interconnections between machines, the fear is that choice will have already been made.

Of course, NPR never explains why nations in Asia would side with the United States in a conflict between the US and China, a conflict the US would have to cross an entire ocean to participate in. It never explains why Western corporations controlling Thailand's economy or infrastructure is a better proposition for Bangkok. It also doesn't explain how China would control Thailand's economy or infrastructure in the first place simply by providing Thailand with 5G technology.


The threat, reported uncritically by NPR, like concerns of Chinese surveillance via Huawei phones and 5G networks are threats conjured up by a West whose long-standing corporate and financial monopolies see their primacy over world markets evaporating before their eyes.


Unable to compete in global markets directly, Western corporations and the governments that represent their interests from Washington to London to Brussels have embarked on less savory political means instead.


What should be US diplomacy building ties between itself, its people and nations around the globe has become a campaign of intimidation founded on propaganda aimed at crushing rising economic competitors rather than fostering economic cooperation.

The true answer to China's rising power is healthy economic competition from the West, offering nations around the globe balanced alternatives. It also includes the West understanding that China has a larger population, more human and natural resources, a wider industrial base and soon the most powerful economy and recognise that the West's primacy has come to an end.

The inability for Western interests to reconcile this reality with the belief they are somehow innately entitled to global primacy will harm the interest of nations around the globe attempting to benefit from and rise with China's growing wealth. It will also harm the West itself, turning opportunities for cooperation into fruitless conflict instead.

Insulating themselves from Washington's growing desperation will occupy a greater amount of time of governments around the globe cooperating with China, now and well into the foreseeable future. It will continue to be a problem, and produce ample headlines until either the US comes to terms with this new global reality, or exhausts itself in the process.