US NED-Funded Meddling Exposed in The Philippines

With little else to offer the nations of Southeast Asia, the US has opted instead to wield the familiar and well-honed weapon of political subversion to peel potential partners away from Beijing in Washington's continued bid to rescue its waning primacy in Asia-Pacific. 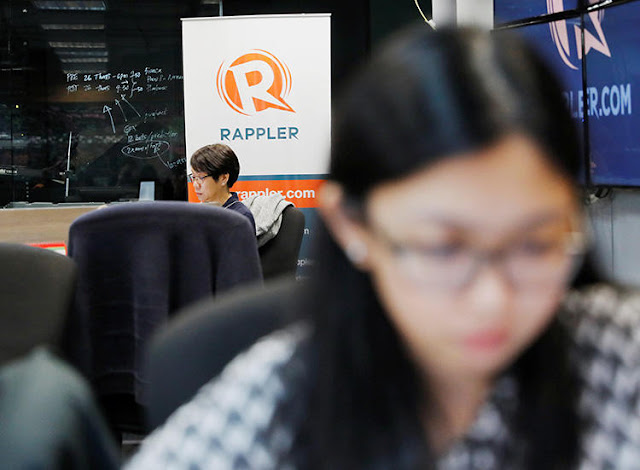 The most recent manifestation of this can be seen in the Philippines where Manila has accused media front Rappler, founded by long-time CNN bureau chief Maria Ressa, and others of representing foreign interests and conspiring with foreign intelligence agencies in direct violation of the nation's constitution.

The Committee to Protect Journalists (CPJ) in its defense of Rappler would claim:


First were the politically motivated state charges that funding provided to the news website Rappler by a U.S. philanthropic foundation represented a violation of constitutional provisions barring foreign control or ownership of Philippine media.

Then came government allegations in April that journalists from independent media groups, including Rappler, the independent media organization VERA Files, and the non-profit Philippine Center for Investigative Journalism, were involved in a conspiracy to discredit and oust President Rodrigo Duterte's elected government. All four outlets issued statements denying the allegation.

Now, a pro-government media campaign claims that the same independent news outlets and the Philippine press freedom group Center for Media Freedom and Responsibility are in the pay of the U.S. Central Intelligence Agency (CIA), a potential criminal offense under local law.

The CPJ notes that all of the accused groups are openly and admittedly funded by the US government via the National Endowment for Democracy (NED). The CPJ admits (my emphasis):


All four outlets receive substantial grants from the NED.

Funded largely by Congress, NED was founded in the early 1980s as a way for the U.S. to openly promote democracy worldwide by providing annual grants to non-governmental groups, according to its website.


The CPJ categorically fails to challenge what are the NED's own assertions that it is merely "promoting democracy worldwide."

NED: The Public Face of (Often Violent) US Regime Change

The NED's board of directors includes individuals openly involved in US-backed regime change including in Iraq, Ukraine and ongoing US regime change efforts in Venezuela.

Board members including Francis Fukuyama and Elliott Abrams openly advocated the US invasion of Iraq in 2003 in which the government in Baghdad was toppled and its senior leadership murdered based entirely on now verified lies regarding supposed "weapons of mass destruction."

Elliott Abrams is listed on the NED's website as "On Leave," having been appointed as a US special envoy for Venezuela amid ongoing efforts to overthrow the government there.


The Guardian in an article titled, "US diplomat convicted over Iran-Contra appointed special envoy for Venezuela: Elliott Abrams, who was linked to failed coup against Chávez, to join Pompeo to urge security council to recognize Guaidó as head," would report:


Elliott Abrams was appointed US special envoy for Venezuela on Friday, as Donald Trump’s administration and European leaders on Saturday further increase the pressure on the socialist president, Nicolás Maduro, to step aside from leading the country he has taken into a deepening crisis.

Abrams will accompany the US secretary of state, Mike Pompeo, to a meeting of the UN security council in New York on Saturday, during which Pompeo will urge members to join the US in declaring Venezuela’s opposition leader Juan Guaidó as the legitimate head of state.


Abrams is widely remembered in Central America, but particularly from his time in the Reagan administration, when he tried to whitewash a massacre of a thousand men, women and children by US-funded death squads in El Salvador, when he was assistant secretary of state for human rights.

Other NED directors include Victoria Nuland who played a key role in leading US regime change efforts in Ukraine in 2014.


A conversation between a State Department official and the U.S. ambassador to Ukraine that was posted on YouTube revealed an embarrassing exchange on U.S. strategy for a political transition in that country, including a crude American swipe at the European Union.


The audio clip, which was posted on Tuesday but gained wide circulation on Thursday, appears to show the official, Assistant Secretary of State Victoria Nuland, weighing in on the make-up of the next Ukrainian government.

The convergence of senior US representatives openly and repeatedly involved in (often violent) regime change most certainly involving the CIA among myriad other US organisations within the halls of the NED is no coincidence.

The NED exists to promote regime change worldwide, merely under the guise of "promoting democracy worldwide."

The CPJ Defends US-funded Subversion Under Guise of "Press Freedom"

The CPJ failed categorically to inform readers of facts surrounding the true nature of NED and its activities in its defence of Rappler.

This however should come as no surprise. The CPJ itself is yet another shell organisation likewise funded by US corporate foundations for the purpose of promoting US interests. The CPJ does this by protecting fronts like Rappler under the guise of "press freedom" from the repercussions of engaging in US government-funded subversion.

Fronts like Rappler serve as a propaganda "sword" while the CPJ exists as a "shield" to block efforts by targeted nations to defend themselves.

Many of these interests funding the CPJ are involved in activities at the NED. Anne Applebaum, for example, is a senior columnist at the above mentioned Washington Post and serves as an NED director.


Manila Times columnist Yen Makabenta, in an April 30 op-ed, called for the enactment of a foreign agents registration law to "tame in a hurry the intrusive criticism and interference in national affairs by these foreign-funded [media] organizations, whose activities are subversive by design." Makabenta continued, "Indeed, if they are working for a group like the CIA, they could be working to change the government."

CPJ has chronicled how governments, including in Russia and China, have passed laws that require bloggers, journalists and civil society members to register as foreign agents in moves that threaten to obstruct the free flow of information, including over social media. Makabenta's op-ed suggested the Philippines should implement similar legislation.

The U.S. government has denied the CIA is involved in any destabilization plot against Duterte. The U.S. ambassador responded to the claims by saying, "There is absolutely no effort by the CIA to undermine the Philippines leadership," according to reports.

Even at a glance the NED's board of directors reflects the organisation's role in fueling regime change worldwide. NED-funded media fronts are demonstrably biased and transparent in their efforts to undermine targeted governments and to promote US-favoured politicians, political parties and opposition groups.

The Philippines' Punishment for Building Bridges with Beijing

Philippine President Rodrigo Duterte has demonstrated a pattern of disobedience toward Washington, having previously threatened to expel US forces from Philippine territory, building closer ties with Beijing and even excluding Washington from bilateral talks held with Beijing seeking solutions to disputes over the South China Sea.

For all of these reasons and more, President Duterte and others throughout the Philippines' establishment have become targets of US-backed subversion, the public face of which being NED-funded media fronts like Rappler.

A similar pattern can be seen throughout Southeast Asia with NED-funded fronts like Prachatai, iLaw, Isaan Record and Benar News targeting the current Thai government headed by a Beijing-friendly military-led faction that twice ousted US proxy Thaksin Shinawatra and his political allies from power.

It is difficult to say how long organisations like the CPJ can continue successfully defending fronts like Rappler under the guise of defending "press freedom." Only the CPJ's intentional omission of facts like the nature of the NED's board of directors and its extensive history of regime change allows the CPJ to portray its defense of Rappler and others taking NED funds as credible.

Were the CPJ truly dedicated to defending press freedom it would note the danger of foreign-funded sedition dressed up as journalism and alert the public to how this above all else threatens to undermine a free press. Instead, the CPJ defends this abuse, thus ironically undermining genuine press freedom in the process.

Should the Philippines enact an effective foreign agents registration law, other nations in the region might follow, delivering a severe blow to US meddling and pose as a further setback to US ambitions to reassert itself vis-à-vis China.

With the US unable to compete with China's infrastructure-centred regional partnerships, and even lagging behind in the sale of military hardware, security partnerships and investments, political subversion is the last tool on offer. But maybe taking this last tool away from Washington could be a blessing in disguise. Without it, perhaps Washington will reevaluate other, more constructive methods of engaging with Asia-Pacific (and the rest of the world) based on mutual respect and benefits and above all, upon the primacy of national sovereignty.