Recent news of Bangkok signing a 6.5 billion Thai Baht deal with China to procure a naval landing ship (a landing platform dock or LPD) further illustrates growing ties between Beijing and Bangkok in the sphere of military matters. 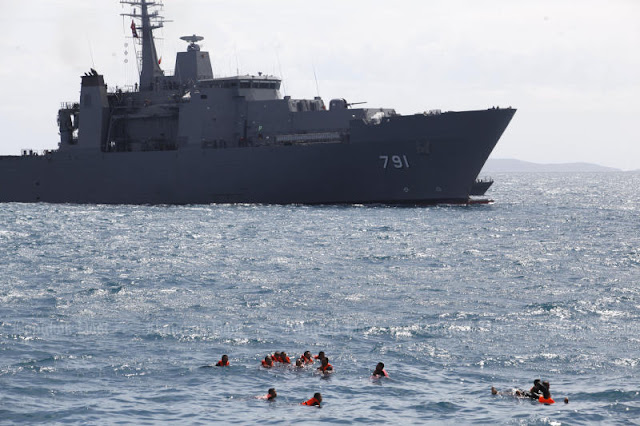 The Thai Royal Navy's only other ship of similar capabilities is the HTMS Angthong, built by Singapore, Bangkok Post reported.

The deal comes in the wake of several other significant arms acquisitions made by Bangkok in recent years including 39 Chinese-built VT-4 main battle tanks (with another batch of 14 being planned), China's Type-85 armoured personnel carriers and even the nation's first modern submarine made by China expected to be in service by 2023.

These are more than merely arms deals. The purchasing of sophisticated weapons systems like submarines and ships will require closer military cooperation between Beijing and Bangkok in order to properly train crews, transfer critical knowledge of maintaining the vessels and operate them at sea.

There are also joint Thai-Chinese weapon development programmes such as the DTI-1 multiple rocket launcher system.

The interoperability that is being created between Thai and Chinese armed forces (and arms industries) ensures ample opportunity for joint training exercises and weapon development programmes in the future, several of which have already been organised, with many more on the horizon.

The Myth of Thai Subservience to Washington

However, today's Thailand is a nation that has significantly expanded its cooperation with China and not only in military matters, but across economic spheres as well.

Thailand's lengthy history of weathering Western colonisation that otherwise consumed its neighbours is a story of adeptly playing great powers against one another and ensuring no single nation held enough power or influence over Thailand to endanger its sovereignty. This is a balancing act that continues today, with Thailand avoiding major confrontations and overdependence on outsiders by attempting to cultivate a diversity of ties with nations abroad.

Thai cooperation with nations like the United States, particularly now, is done cynically and as a means to keep the US from investing too deeply in the disruptive regime-change methods it has aimed at other nations including neighbouring Myanmar but also distant nations like Syria and Libya ravaged by US meddling.

Despite these efforts to appease Washington, the US still backs opposition parties determined to overthrow the current Thai political order and replace it with one openly intent on rolling back progress between Thailand and its growing list of Eurasian partners, especially China.

What little the US has to offer has been reduced to deals bordering bribery, such as offering free military hardware.


A recent deal included Thailand buying discounted, refurbished Stryker armoured vehicles under the condition that the US would provide 40 more for free.


However the Stryker is not a particularly sophisticated weapon system and will do little to bolster fading Thai-US military cooperation and interoperability. The Stryker system will likely be absorbed into Thailand's own growing domestic defence industry which is already manufacturing wheeled armoured vehicles.

Blurring of Lines between Military and Economic Cooperation

So far has the balance of power shifted in Asia, that demands by the US for its "allies" to boycott China's telecom giant Huawei have gone ignored. Thailand, as well as Malaysia and the Philippines, have included Huawei in their efforts to develop national 5G infrastructure.

While something like telecom appears to be more a matter of economics than of national defence, so entwined recently has telecom and information technology become with national security that choosing partners for developing telecom infrastructure really is a matter of defence.

How far will this peripheral cooperation go? The US is still using its control of Thai information space, particularly through Facebook's primacy across Thai social media, to influence public opinion and sow political instability across Thai society.

The idea of Thailand cooperating further with China to develop domestic social media networks to regain control over this aspect of Thailand's information space seems plausible. Thai cooperation with Russia for similar reasons has already been openly discussed by Thai policymakers.

A Shifting Global Balance of Power

Many analysts have tried to reduce growing cooperation between Thailand and China as a temporary trend spurred by the Thai military's 2014 ousting of a US-backed government and the US decision to reduce ties with Bangkok.

However, Thailand's pivot eastward is one made with the rest of Southeast Asia and in fact, with much of the non-Western world. It is part of the wider trend away from Western-dominated unilateralism and toward greater mulipolarism. It is also a process that began long before 2014.

The ability for Thailand to move its dependence away from US markets and financial systems dominated by Washington will be key in avoiding more aggressive attempts by the US to coerce Thailand politically or economically in the future as it is nations like North Korea, Iran, Syria, Russia and now even China today.

Thailand is a relatively large Southeast Asian state with ASEAN's second largest economy. What it does in regards to building military ties with China and strengthening its economic and political resilience against US "soft power" may set trends that are followed by others in ASEAN, opening up opportunities not only for China, but other Eurasian powers like Russia who can fulfill the role of balancing power not only against America's dominant position in the region, but also against China from acquiring too much power and influence once US primacy collapses.

Expanding Thai-Chinese military cooperation is a sign of the times. It is a sign of US primacy fading, of China's rise and of a shifting balance of power. It is a time when nations must carefully execute this shift, ensuring the threat the US poses to regional peace and prosperity is reduced but also that China is never tempted with the opportunity to simply replace the US as a regional and global menace.

So far, mulipolarism has shaped China's policies in a much different manner than those pursued by the US over the past half century. Only time will tell of the success of multipolarism, but it is important to understand that Thai-Chinese cooperation is not a temporary trend. It is a new reality and one that reflects a fundamental shift in geopolitics from the Atlantic consensus to a much more global one.