Thailand's opposition faces sedition charges after conducting a seminar in Thailand's troubled deep south where they recommended amending the Thai constitution and paving way for the nation's territorial division. 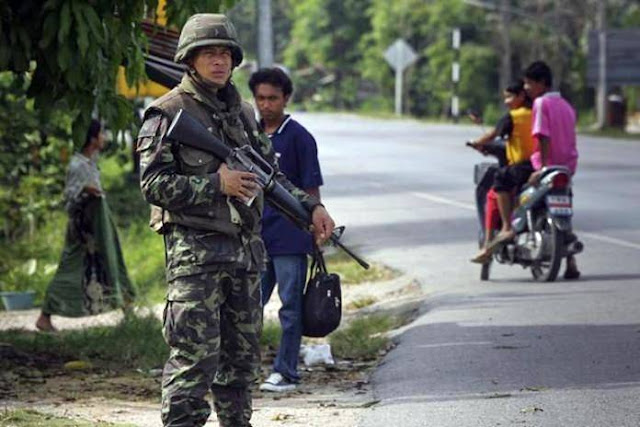 
On Thursday, sedition charges were pressed against 12 people, including six key opposition party leaders and academics who have been campaigning to amend the charter. The group held a seminar in Pattani on September 28. Speaking at the event Chalita Bandhuwong, a lecturer at the Department of Sociology and Anthropology Faculty of Social Sciences at Kasetsart University, called for the amendment of Section 1 and said the current Constitution could not resolve the prolonged political violence in the deep South. Section 1 states that Thailand is one and an indivisible Kingdom.

Predictably leaping to the accused's defence is a familiar collection of US-funded fronts posing as human rights advocates. Citing "free speech," these fronts ignore the fact that even in the Western nations sponsoring their daily activities, calls for a nation's division and destruction is not protected as "free speech" any more than the violence and terrorism used to answer such calls falls under "freedom of expression."

While Future Forward campaigned as being distant and even opposed to Thaksin's Pheu Thai, Thanathorn and his party literally campaigned side-by-side with Pheu Thai and now jointly acts with Pheu Thai on every issue, including at the above mentioned seminar, revealing it as little more than a poorly disguised subsidiary of Thaksin's political machine.

Divide and Conquer Across Asia

Divide and conquer is a tried and tested tool of empire. It was expertly used by the Romans over two millenia ago, perfected by the British Empire more recently and is eagerly used by its Transatlantic heirs in Washington today.

Across Asia, separatism and the division and destruction that often accompanies it can be seen working its way through various nations of the continent. China in particular faces multiple fronts seeking to carve out territory at Beijing's expense.

US-funded agitators in Hong Kong have demanded independence from China under threat of burning the special administrative region to the ground if their demands are not met.

In western China, US-Saudi funded extremists seek to carve the Xinjiang region out of China's borders and create a new nation they and their Washington sponsors call "East Turkestan."

Tibet has also weathered decades of US-funded sedition stretching back to the 1950s.

Cambodia has been working diligently to uproot US NED-funded networks from its streets, airwaves and across its information space online.


Thailand's entire opposition divides its time between carrying out NED-funded campaigns in the streets and clicking wine glasses together with US and European diplomats within the halls of their lavish embassies.

Though Vietnam is not a close ally of China's, it faces similar interference from Washington in its internal political affairs. In addition to facing down opposition groups funded and directed from overseas, it is working to displace the unwarranted and eagerly abused monopoly US-based social media firms hold over its information space by creating domestic alternatives, as reported previously.

Thailand's opposition in particular has a history of extreme violence. Thaksin, between 2009 and 2010, organised street mobs which carried out attacks, arson and armed insurrection using war weapons claiming nearly 100 lives and causing billions in damage. 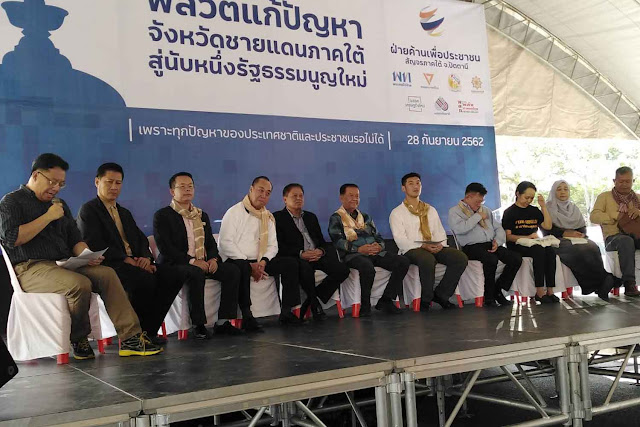 In the past, links have also been uncovered between Thaksin's political party and his violent street fronts with militants operating out of Thailand's deep south.

Thailand's deep south is the scene of a bloody multi-year terror campaign carried out by separatists who seek to carve off the Kingdom's 3 southern most provinces of Pattani, Yala and Narathiwat.

After a 20-year period of peace, Thaksin's administration which held power from 2001 to 2006 reignited the conflict through heavy-handed policies seemingly designed to purposefully trigger a crisis. Since then, the conflict has become a favorite pressure point of Thaksin's and his political allies seeking to undermine the current Thai government, its military as well as the nation's unity and stability.

This is also a goal shared by Thaksin's US sponsors.

Ties between Thaksin's networks and the deep south conflict have been revealed by the US Embassy itself through leaked communications.

A classified 2009 US diplomatic cable titled, "Southern Violence: Midday Bomb Attack in Narathiwat August 25 Meant to Send a Signal," released by Wikileaks, reveals that the US Embassy maintained contact with an individual associated with militants in the deep south, claiming (my emphasis):


Insurgents did confirm to a close embassy contact late August 25 that they had carried out the attack, intended as a signal for Buddhists to leave the deep south. With local elections scheduled for September 6 and a string of election-related acts of violence occurring in recent weeks, however, not all deep south violence is automatically insurgency related.

The cable would reveal that Sunai Phasuk, of foreign-funded Human Rights Watch, is their "contact" who regularly speaks with militants.The US Embassy then admits that Thaksin's political forces are also likely operating in the south, using the conflict as cover:

The US Embassy cable would also admit (my emphasis):

With this in mind, this most recent seminar and the opposition's suggestion of amending the constitution and giving hope to armed terrorists that their demands may be one day met, at the very least encourages militants to continue or even expand their campaign of violence.

Alternatively, it provides further evidence of collusion between Thailand's US-backed opposition and violent terrorism in the nation's deep south.

The highly irresponsible actions of the opposition is no accident. It fits well into the wider regional pattern of Western-sponsored divide and conquer where protests and violence are a favorite tool of Western interests seeking to coerce or oust political circles obstructing Western primacy across Asia.

Considering the US role in facilitating the very worst forms of armed terrorism in nations like Libya during the overthrow of the government there in 2011 and in Syria from 2011 to present day, there is nothing far-fetched at all about the notion of the US seeking to do so in Asia as well.

For example, while Hong Kong opposition leader Joshua Wong tours Washington D.C., the protesters he represents and seeks additional US support for are burning subway stations, attacking storefronts and pummeling bystanders who refuse to join their campaign of self-destruction in Hong Kong's streets.

The fact that Thailand's opposition is backed by the US government and demonstratably seeking to exasperate terrorism in Thailand's deep south serves as proof that a similar game is being played there.

How Thailand's government handles this, only time will tell. This move made by the opposition will likely prove highly unpopular even among the opposition's own supporters. It appears to be an act of desperation by an increasingly unpopular opposition who recently lost elections and faces dissolution for a whole host of alleged improprieties in addition to these more recent sedition charges.

Roman and British divide and conquer worked well until it didn't anymore. An inflection point where a targeted nation becomes just strong enough while the empire targeting it declines to just the right point allows nations and even regions to finally escape the corrosive impact of foreign-fuelled sedition and separatism.

In addition to confronting sedition directly, nations like Thailand must also continue working on factors that affect the arrival of that inflection point sooner rather than later.